Watch: New videos look at the making and meaning of The Star

Watch: New videos look at the making and meaning of The Star December 22, 2017 Peter T. Chattaway

Christmas is just a few days away, so it’s time for one last round-up of articles and videos related to The Star, the animated comedy that depicts the birth of Jesus.

First, some print interviews that have surfaced in the last few weeks.

Animation World Network profiled Cinesite, the company that did the animating:

VFX supervisor Chris Kazmier, whose credit list includes such films as Hotel Transylvania 1 and 2, as well as Cloudy with a Chance of Meatballs 2 and more recently, Gnome Alone, explained that the film was produced under a very tight schedule. He reported that the project began late last year, and by February, his team of artists was knee-deep in developing assets for the animation department.

“They were still fine tuning the script and finding the characters at the same time that we were working on it,” he says. “Basically, we had the main characters, but they were still in play, changing from the original paintings, but we did have a lot of characters that could get production-ready.” . . .

[Animation supervisor Ryan Yee] added that [director Timothy] Reckart, whose background was in stop-motion animation, was always open to new ideas, giving the animators the creative flexibility to create “caricatures of these animals and the camels are a great example.”

At the same time, he adds that “We picked up on a lot of the nuances that Tim likes. He comes from a stop motion background. He loves Wallace and Grommet. He grew up on The Three Stooges and you can see elements of these acting choices sprinkled throughout the film, especially with Dave [the dove].”

The Catholic News Service spoke to director Timothy Reckart, who is Catholic:

Reckart said that when Sony first approached him about directing the project, he wasn’t terribly excited about it. However, there was a certain appeal in making what could become a modern Christmas classic, one that goes to the heart of the holiday.

“Think about the movies you pull off the shelf to watch every year,” he said. “All of them are great, but none of them are about the birth of Jesus Christ.”

“That’s what families are really looking for,” Reckart added.

It was a message he thought would not sit well with Sony. “I thought I was basically saying good-bye to the job.”

Instead, the company bought the idea and hired him.

“The Star’s” creation was a unique intercalary of the daunting challenges of depicting a sacred text with the daily tedium of more minute decisions. His day was a unique balance of channeling a divine story amid routine filmmaking tasks. The sacred, and the ordinary, and it was the supernatural guiding hand that kept him grounded. He recalled regularly looking at the diptych of the Virgin Mary and Jesus on his desk and praying,

“You know this is your movie, you’ve got to help me out here.”

CP: Why is it significant that a major studio has made a film about the Nativity?

Peluso: From the studio’s perspective, it’s important because it’s not been done. There have been no animated theatrical films about the Nativity, and there was agreement by all involved from the beginning to make sure “The Star” was faithfully grounded in key scriptural story points while taking creative license to tell the story through the perspective of the animals.

But allow me a thought as to why I personally think it’s significant. Having been part of the early marketing studies, one focus group we conducted made a lasting impact on me. We had a group of 20 or so kids who were being asked questions after seeing the movie. The moderator asked a simple question: “How many of you know or have ever heard the real story of Christmas and the birth of Jesus Christ?” One young girl raised her hand. One!

Why more pastors, children’s ministry folks and church groups aren’t more widely using “The Star” as an outreach tool for their neighborhoods and communities is totally beyond me.

“When I heard the story, what it was, (I thought) this is what I believe. I do believe in the birth of Christ and who he was when he walked the earth, so, yeah, this is something that is easy for me to do.”

And Newsline notes a link between this and the other animated films now in theatres:

“Ferdinand,” which opens Dec. 15, is the third animated film this year for Gabriel Iglesias, who plays hedgehog Cuatro. He’s also in Pixar’s “Coco” and Sony Pictures Animation’s “The Star.” “All three movies that are out right now, I was doing them all simultaneously, which was really, really cool,” he says. “One day, I’d be at one studio, the other day, I’d be at another one. Sometimes I had to make sure I wasn’t repeating or duplicating a voice. One of them I was allowed to be myself, one I had to really tweak, and one sounds nothing like me.”

Next, the new videos.

This featurette looks at how the film recreated the ancient world:

This featurette looks at the significance of the Nativity story:

Next, new lyric videos for three of the songs from the film’s soundtrack:

Next, some Christmas-themed arts and crafts posted by the movie’s YouTube channel: 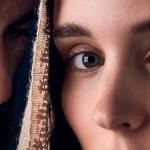 January 4, 2018 2018 Film Journal
Recent Comments
0 | Leave a Comment
Browse Our Archives
get the latest from
FilmChat
Sign up for our newsletter
POPULAR AT PATHEOS Entertainment
1