Watch: Luke proposes writing a book in a new clip from Paul, Apostle of Christ

Paul, Apostle of Christ is now in theatres, but that doesn’t mean we can’t still get new clips online! The premise of the film is that Luke wrote the book of Acts while Paul was in prison, and a new clip released today shows Luke pitching the book idea to Paul.

Here is the clip:

I have added this clip to the scene guide that I posted a few days ago.

We also have one more “letter from Paul” narrated by James Faulkner — and this time, it’s from Hebrews, a book that never actually claims to have been written by Paul: 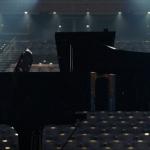 March 27, 2018
Box office: Bible movies underperform on three continents while I Can Only Imagine goes from success to success
Next Post 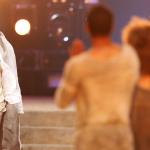 April 3, 2018 Easter weekend box office and ratings: Superstar hits, God's Not Dead 3 misses, I Can Only Imagine continues to exceed expectations
Recent Comments
0 | Leave a Comment
"This was a refreshing read. I'm an average fan of Hellboy but I'm also a ..."
Andrew Mathews Doug Jones on Hellboy and Christianity.
"Great interview! One thing I've wondered since watching Season 1 is why they didn't include ..."
A.J. Cattapan Interview: The Chosen writer-director Dallas Jenkins ..."
"Earth actually does exist in the Dark City universe. Early in the film when John ..."
Edward Clint Dark City and the ambiguous ending.
"I don't always agree with your opinions, but your reviews are never less than interesting ..."
Laura-Lee Rahn The top-grossing Italian movie of 2019: ..."
Browse Our Archives
Follow Us!