Of Kings and Prophets — episode two 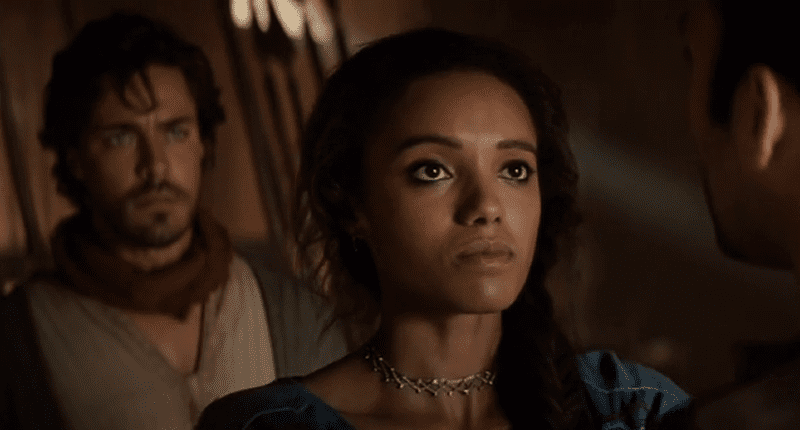 This is an updated version of a recap that was first posted on March 16, 2016.

Synopsis. The death of Mattiyahu, and Samuel’s condemnation of Saul, have rattled the royal family. Since Mattiyahu can no longer marry Merav and thus unite the tribes of Israel, Saul and Ahinoam arrange for Mattiyahu’s sister Sarah to marry Merav’s brother Jonathan instead, in what promises to be a much less enthusiastic marriage. Meanwhile, Ishbaal hires an assassin to kill Samuel, but Samuel kills the assassin first. David plays the harp for the royal court, soothing Saul’s nerves and entertaining the guests at Jonathan and Sarah’s betrothal banquet. But then David finds evidence that one of Saul’s guests is plotting to betray him to the Philistines, and Saul kills both the guest and his young son. Meanwhile, David is attracted to Michal, but her mother Ahinoam, frustrated by the fact that Saul prefers the company of his concubine Rizpah, summons David to the palace and forces him to sleep with her — and their tryst is noticed by Merav. Disgusted by Saul’s violence and Ahinoam’s sexual exploitation of him, David returns to Bethlehem — only to find that Samuel is waiting there, to anoint him the next king of Israel.

Editing Samuel. The chronology has been rearranged a tad, but the episode begins and ends with Samuel going to anoint David (I Samuel 16:1-13), and it includes scenes of David playing the harp for Saul and growing closer to him (I Samuel 16:14-23).

The words Samuel speaks as he anoints David (“He will be to you a Father, you will be to him a son, and he will call you the beloved”) are very similar to the words Nathan will use when discussing God’s relationship with Solomon in II Samuel 7:14-15.

This episode also introduces the budding romance between David and Michal (I Samuel 18:20), but, unlike the biblical David, who at least openly questioned whether he was worthy to marry a princess (I Samuel 18:23), the David of this series is fairly optimistic about his prospects. When his kinsman Joab says David shouldn’t be pursuing the princess, David points to his recent rise in status (from a mere shepherd to a servant of the royal court) and says he could rise even higher.

Certain characters get some biblical back-story. Saul says he was a farmer (cf. I Samuel 11:5) before Samuel came along and declared that Elohim had chosen him (I Samuel 9-10). And the Philistine queen Zaphra reminds her husband Achish that their country was afflicted with plagues and boils after they captured the Ark of the Covenant (I Samuel 5-6) — and she still bears the scars of that affliction on her face and body.

Saul lashes out at a traitor and executes his entire family, including the man’s young boy. Similarly, Ishbaal threatens to kill David, his family and every animal in his fields if he doesn’t keep out of Ishbaal’s business. This parallels not only how Saul, in his paranoia, will eventually turn against David, but also how Saul will slaughter the families and livestock of priests who were friendly to David (I Samuel 22:6-23). And David’s family will flee the country to get away from Saul when that day comes (I Samuel 22:1-4).

David repeatedly proclaims his loyalty to Saul, even when other Israelites cite Samuel’s rejection of Saul as a reason to be critical of Saul. The biblical David similarly professed loyalty to Saul even after Saul turned against him (e.g. I Samuel 24:5-7).

Jonathan, for his part, remains loyal to Samuel, even though the prophet has rejected his father. When Ahinoam says Jonathan will be the next king, Jonathan replies, “Kingship must come with the blessing of the prophet.” This parallels how Jonathan will remain loyal to David even after Saul turns against him (I Samuel 20, etc.).

Joab says Saul won’t die peacefully in his bed. He is correct: Saul and most of his sons will die in battle against the Philistines some years later (I Samuel 31).

Achish says the Philistines are going to the Valley of Elah, and that is indeed where the upcoming confrontation between David and Goliath will take place (I Samuel 17:2).

Other scriptures. The episode’s title comes from Psalm 31:17.

Ahinoam tries to arrange a marriage between her son Jonathan and the daughter of Eitan of Judah. The biblical Judah had a grandson named Eitan, or Ethan (I Chronicles 2:4-6), but that was many generations before this series takes place.

Saul is betrayed by Hanoch of Reuben. The biblical Reuben had a son named Hanoch (Genesis 46:9), but that was also many generations before this series takes place.

Fictitious elements. Ishbaal hires an assassin to kill Samuel, but Samuel kills the assassin instead. Samuel is something of a badass in this series, which makes sense in light of how he beheaded the Amalekite king in the previous episode and how he may have led the Israelites in battle when he was younger (cf. I Samuel 7).

Philistine religion. Ahinoam says the Philistines eat dogs and pigs and worship a “sea-monster”, which is presumably a reference to the “fish-god” Dagon. Goliath is later seen praying to Dagon for his family, which is a nice touch; it helps to remember that the Israelites weren’t the only ones who worshiped a deity of some sort.

The supernatural. Nothing particularly supernatural happened in the first episode; whether Samuel was really speaking for God was left to the viewer to decide. But this episode points in a direction that is more suggestive of divine intervention.

For starters, there is the reference to the plagues that hit the Philistines.

And, for the first time, we experience Samuel’s thoughts from his own point of view, as he has a dream or vision of David’s exploits against the lion. Thus, Samuel’s decision to anoint David is not just part of some political or personal ploy to disrupt Saul’s monarchy; it is in direct response to a vision that he believes came from God. And since the vision shows Samuel things that Samuel never witnessed himself…

Irony. Saul tells David the story of how Samuel chose him to become king, and says, “Who would say no?” Little do they know that Samuel will soon choose David.

Hanoch betrays Saul partly because he wants to see his nine-year-old son grow up, but his betrayal leads to the death of his entire family, including his son.

David goes home to get away from the palace, partly because Ahinoam was imposing her will on him. But when he gets home, Samuel imposes God’s will on him.

Geography. The assassin tells Ishbaal he went to “the Tabernacle” but Samuel was gone. The biblical Samuel grew up at the Tabernacle (I Samuel 1-3) but, since he was not a priest, he does not seem to have lived there in his adulthood. In the series, Samuel lives in Gilgal, but in the Bible, Samuel lived primarily at the place of his birth, Ramah (I Samuel 7:17, 15:34, etc.), while the Tabernacle, where the priests officiated, appears to have been located in Nob during this period (cf. I Samuel 21:1-9).

Women. Merav is still dealing with the fact that her “husband” was killed, and she taunts her mother with the fact that Saul prefers the concubine Rizpah and no longer sends for Ahinoam except to discuss political and military “strategy” with her.

Ahinoam takes an active role in helping Saul to unite the tribes behind him despite Samuel’s recent rejection of Saul. And just as Ahinoam cited Deuteronomy in the first episode to argue against Samuel’s decree that the Amalekites should be wiped out immediately, she now argues that no one really knows what the prophet meant when he said God would take the throne from Saul (now? in the future?). Besides, she says, no one heard the prophet specifically say that they should “betray” their king.

Achish is affectionate with his wife after she shows him her scars. This is another good example of how the series humanizes the Philistine characters.

Sex and/or nudity. Ahinoam summons David to her chamber — and by doing so, she prevents David from responding to Michal’s summons. Did Michal intend to sleep with David? Do the unmarried princesses of this culture not protect their virginity? (Cf. Merav and Mattiyahu in the previous episode.) This may be one way in which the series reflects more modern sensibilities rather than ancient Israelite ones.

Rizpah disrobes and distracts Saul while he is with Ahinoam, and Saul sends Ahinoam away while saying he needs to “rest” before going to war.

Violence. Samuel kills the assassin that Ishbaal sent after him — and he apparently also kills the servant of his who revealed his location to the assassin.

Ishbaal and Michal begin to fight when she discovers his plan to kill Samuel.

Saul executes a traitor and his family. Ishbaal threatens to do the same to David.

God talk. Once again, David doesn’t say or do anything particularly spiritual — his harp-playing so far is purely instrumental, so he never sings any psalms — and most of the God-talk is left to Saul and Samuel, the latter of whom anoints David.

Saul, in particular, wonders why he can no longer “feel” God (I Samuel 16:14 says “the Spirit of the Lord had departed from Saul, and an evil spirit from the Lord tormented him”). But when Saul confronts Achish, he says the Israelites have “weapons” that will work against the Philistines, because the Israelites have Elohim on their side.

1. Some interpreters have also pointed to a passage in which the prophet Nathan tells King David that God “gave your master’s house to you, and your master’s wives into your arms” (II Samuel 12:8). But the implication here seems, to me, to be that David assumed control of Saul’s harem after he won the civil war against Saul’s dynasty — similar to what Absalom did with David’s concubines (II Samuel 16:20-22) — whereas the theories about Ahinoam assume that David took her from Saul before all that. 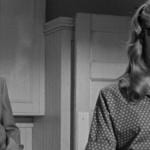 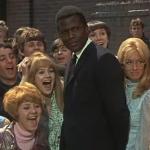