“Gardnerian Extremist” Is the Name of My New Queercore Band

Ah, yes: The cynical world-weariness that can only exude from a twenty-something Pagan who Knows Things. I remember it well.

I took my first deep dive into Paganism when I was a sophomore in college, having learned that it actually existed one year before. I had a part-time job at a music store, and on my lunch breaks, I would sneak over to the Bookstop next door and peruse the New Age section for insights into the religion I wanted to join.

At the time, there were two main types of occult books on the shelves, that could be categorized as either The Soft-Pitch Guide to Pastel Majick, or The Creepy Uncle’s Dark Handbook of Medieval Demon Summoning. There were a lot more of the former than the latter, and neither was really what I was looking for, but I collected them anyway.

We didn’t have as much Internet back then as we do now, but I searched for information wherever I could, and through this I discovered that Wicca was a 10,000-year-old religion that was also invented by a British dude named Gerald Gardner. This made, like, little to no sense to me, but I rolled with it, since I was the only one in my circle of friends with any interest in Paganism, and there was nobody around to help me figure stuff out.

On the upside, my friends considered me the resident expert in metaphysical matters, which was a nice boost to the ol’ ego. The problem, of course, was that in reality, I had no idea what I was talking about.

I can forgive my own ignorance, but I cringe when I think about some of the assumptions I held about Wicca and Paganism, much less the things I said to people while attempting to project an air of authority on the subject.

At one point, I thought Druidry was hereditary. I was also convinced that “Pagan” was interchangeable with “Celtic.” And when customers bought The Craft soundtrack, I always made sure to inform them that the movie was Based on a Real Religion that was Still Practiced Today.

Not a one of them ever asked, but I told them so regardless.

Luckily, a couple of things happened that prevented me from achieving the rank of Mouthiest Misinformed Pagan. The first was that I met Sarah, who, with her penchant for buying books and then actually reading them, was infinitely more knowledgeable than I was. She put me in my place more than once, and this differential prepared me for my initial online meetings with Pagans and Witches — Gardnerians in particular — who were actively practicing their Craft.

Having already accepted that I did not, in fact, know everything, I was able to make the conscious decision to listen to what they had to say and grow from there. Plus — and I think this was the most pivotal part of my development — I was doing stuff on my own in the offline world, to see what worked for and resonated with me. Sometimes I worked with Sarah, and sometimes I worked in solitude, but having something resembling a personal practice was a big step towards becoming the Witch I was supposed to be.

I feel like a lot of Pagans probably had experiences similar to mine: a realization in their youth that there were religious options outside of mainstream Christianity; understandably confusing brand-new to them with brand-new in general; making asses out of themselves a few times; gaining some wisdom that comes with age and maturity; and eventually getting their heads screwed on straight and moving forward down their chosen paths. And that’s what I think about every time I see a young Pagan making bold but tragically incorrect statements in virtual spaces.

The majority will grow out of it, I think — with time, they’ll understand that there’s more to Paganism than whatever they’ve found on TikTok, and they’ll start exploring their spirituality in ways that will help them unlock their potential. Or at least I hope they will.

Some definitely won’t — they’ll be too terminally unique, or too fixated on becoming the latest big fish in a small pond. Or they’ll wander into toxic echo chambers that reinforce their misunderstandings, to the point that they won’t be able to handle the cognitive dissonance if they ever interact with people who hold opposing and/or more educated views.

The other day, I was reading an essay on common misconceptions about Wicca, and I had to chuckle when I got to the comments, because this one little guy was dead set on shouting his own original fallacies over the fallacies listed in the article. His approach was very, “I’ve been around, man; I’ve seen some shit,” but the comment itself was, like, “I am using terms I don’t fully comprehend to bulk up this report on a book I didn’t read.”

The point he was trying to make was that “a lot” of Wiccans want to impose their beliefs on other people — and, y’know, I assume that some do. But he tried to back up this thesis with drama words, and in doing so inadvertently created a racist dog whistle: Specifically, he compared “Gardnerian extremists who want everyone to worship Brigitt [sic] and Cernunnos or whoever,” with “Odinists/Folkish Heathens who like to say that Loki cannot/does not exist because he is really just Odin in disguise.”

His line of thinking is pretty clear: “Let’s see, who are the bad Wiccans? Gardnerians… no, Gardnerian extremists. And who are the bad Heathens? Odinists. Awesome. This will definitely get some likes.” Thing is, a Gardnerian extremist wouldn’t tell anyone what to believe. They wouldn’t tell anyone anything — they’d just run around screaming, “THAT’S OATHBOUND.” And while I’m admittedly not up to date on how they perceive Loki, “Odinist” and “Folkish” are euphemisms for Heathen white supremacists. Personally, I’m less concerned with what they think of the Gods than I am with their ties to neo-Nazi terrorist organizations.

As problematic as his comment was, though, I’m not angry about it: It reminded me too much of things I said at that age, when I was trying to come across as far more learned than I actually was. But I was fortunate enough to meet people who were willing to patiently pull the malarkey out of my noggin and replace it with nonvenomous information, so here’s hoping he finds the same.

But I’m also reminded of something that happened decades ago, back when I worked at that music store. One of the managers and I were stationed at the front counter, when this kid came in and approached us. He was wearing baggy shorts, an aggressively countercultural T-shirt, and an ironic hat, and he was on a mission.

“Have you heard anything about last night’s Marilyn Manson concert?” he asked.

This was exactly what the kid wanted to hear, apparently.

“Oh,” he replied, smiling smugly. “I take it you don’t like Manson.”

This threw the kid. “I don’t get what you mean.”

The manager stopped what she was working on and looked him straight in the eye.

I mean that the whole ‘evil’ shtick’s been done before. Alien Sex Fiend did it back in the 70s; Ozzy Osbourne did it; Alice Cooper did it. It’s been done.”

The kid thought about that for a second. And then he slowly removed his hat and went, “Oh… oh, my God. You’re right.” And he slunk away from us and out of the store, while my manager just shrugged and went back to work.

I’m not saying every bubble deserves to be burst so bluntly. But when a feisty young Pagan is clinging to something less than accurate, especially in a public forum, it behooves those of us who have been where they are to at least try to coax them off the hill they’ve decided to die on.

Maybe they’ll listen, and maybe they won’t, but a seed will have been planted either way. Should they become more open to other perspectives in the future (and there’s no reason to believe they won’t), they’ll be happy to find that a bit of truth has already taken root within them. 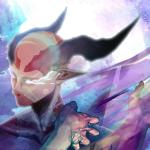 June 11, 2022 I Broke My Job with Sigils, and You Can Too
Browse Our Archives
Related posts from Fivefold Law