This post is part of a blog challenge series, 30 Days of Devotion to Hekate.  Day 14, we’re past the two week mark and looking mundane practices associated with Hekate.

Hmmm, I am not really sure what this refers to.  Is it asking me about actual, traditional mundane practices that are associated with Hekate, like aspects of Her?  Or is it asking what mundane things I do on personal level that I associate with Her?  I suppose I might try to do both.

Hekate Herself is a leader and guide, of Persephone and of the Dead.  She would certainly rule over this aspect for us as well.  Those of us who find ourselves in a leadership or guiding role.  Even just supporting someone while they make a difficult decision or change.

Hekate is Kourotrophos, nurse of the young, She is also given the epithet Eileithyia, who is the birth Goddess.  We can therefore assume those who care for children (parents or not) and those who help women during birth (and of course those giving birth) are associated with Hekate in some way.

I am a Hearth Witch, did you know?  Every domestic thing I do is both mundane and witchy – I inject magic into all of my work.  Cooking, cleaning, organising, DIY, looking after the kids, homeschooling, hell even typing! It’s all witchcraft to me (most of the time anyway). Since Hekate is the Goddess of Witchcraft, this means She is also associated with my Hearth Craft and thus with all of those mundane domestic things I do on daily basis.

Especially in the case of dogs, I feel that looking after any animals in your care is in some way honouring Hekate.  Running around and playing with the dogs is definitely something that makes me think of Hekate.

When going through a change, good or bad, Hekate is the one who helps to move on and move forward.  She is the guiding light through the darkness, the uncertain.

Hekate, as the Keeper of the Keys, is seen as the goddess who can unlock the mysteries of everything, She can help us in learning, discovering secrets and knowledge. Thus, learning and gaining knowledge, is something I feel is associated with Her.  This flows through to homeschooling and teaching, for me.

Again as one who unlocks mysteries and helps us discover secrets, I feel that Hekate likes to push us into looking within ourselves, discovering our own secrets and lies and facing them.  Making changes when necessary, accepting what we are when changes aren’t needed.

I don’t even know if some these things really even count as mundane, it’s such a hard word to figure out sometimes.  Does it mean, non-religious? If so then anything associated with Hekate becomes inherently religious, doesn’t it? Therefore it is no longer mundane.  Does it mean non-magical? Then, well everything that isn’t part of the witchcraft counts.  Does it mean non-otherly? Okay that’s a bit easier.  Maybe it simply means human stuff.  Or maybe it means monotonous human stuff.  Or… who knows?

I don’t know what was meant by this word when it was used for this topic, so it’s difficult to answer. Hopefully what little I’ve written is helpful though.

7 – Names and epithets
8 – Variations on this deity (aspects, regional forms, etc.)
9 – Common mistakes and worst misconceptions about this deity
10 – Offerings – historical and UPG
11 – Festivals, days, and times sacred to this deity
12 – Places associated with this deity and their worship
13 – What modern cultural issues are closest to this deity’s heart?
14 – Has worship of this deity changed in modern times?
15 – Any mundane practices that are associated with this deity?
16 – How do you think this deity represents the values of their pantheon and cultural origins?
17 – How does this deity relate to other gods and other pantheons?
18 – What quality or qualities of this god do you most admire? And find the most troubling?
19 – Art and music that reminds you of this deity
20 – A quote, a poem, or piece of writing that you think this deity resonates strongly with
21 – Your own composition – a piece of writing about or for this deity
22 – A time when this deity has helped you, and refused to help
23 – How has your relationship with this deity changed over time?
24 – Something you wish you knew about this deity but don’t currently
25 – Any interesting or unusual UPG to share?
26 – Any suggestions for others just starting to learn about this deity? 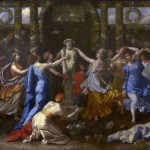 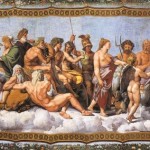 August 16, 2016 30 Days of Hekate: 16 - How Does Hekate Represent Her Pantheon
Browse Our Archives
get the latest from
Pagan
Sign up for our newsletter
POPULAR AT PATHEOS Pagan
1

Creating a Book of Shadows
A Book of Shadows is the ultimate tool of the versed Witch,...
view all Pagan blogs
Copyright 2008-2020, Patheos. All rights reserved.