This post is part of a blog challenge series, 30 Days of Devotion to Hekate. Day 14 and we’re looking at if and how worship of Hekate has changed over time and into modern times.

Yes, obviously it has.  Not only has worship of Hekate been interrupted by centuries of Christianity but everything changes at least a little bit over centuries and millennia.  We can look at ancient Hellenism to see how things changed in regards to the religion, belief and worship of the Gods over just a couple centuries.  The changes from 500BC up to the Anno Domini and then beyond into Byzantium are noticeable.  If it changed quite a bit in those times, when worship of the Theoi was at its height, then no doubt it has changed in the 2000 years since then!

And that’s just about general Hellenism, not Hekate specifically.  Certainly worship of Her has changed since ancient Hellenic times.  So, let’s explore some of the ways it has changed.  Excuse me if some of it can be applied to all the Theoi and even other pantheons.  It’s the nature of Recon and Revival.

The most obvious and telling of the changes is animal sacrifice, or the lack thereof in modern times.  Some polytheists and Pagans of course do practice animal sacrifice, but the large majority probably don’t – at least not in the traditional sense.  And of those who do practice sacrifice of animals, I think we can safely assume the large majority do not sacrifice dogs or puppies to Hekate – mostly from emotional attachment and morals, but also because it’s illegal in many places.

Processions were a big part of Hellenic public festivals in general, and Hekate was no exception with Her torchbearing processions.  But how much of those happen now? Very little I would assume.  For most of us who worship Hekate, we work alone for the most part and so such processions are unlikely – though adapted solitary processions are possible.  And in group situations that do exist in polytheism and Paganism, processions may happen, even torch ones, but they can’t be on the same level where one might proceed boldly through public streets with hundreds of other worshippers.  Or even from one town to another!

While animal sacrifice is the most obvious, this is the biggest difference in truth.  In ancient times worship of the deities was a natural thing, you grew up doing it, living it, being part of the living religion.  You didn’t have to search for the right books, hoping they had the right information, reading them and learning about the Gods and how to honour Them.  You grew up learning as you practiced.  How to worship, how to offer, how to do everything was just natural.

But it isn’t so today.  Today we do have to search for books, and find the wheat among the chaff.  We have to read the books and learn and try to remember.  We have to learn not only about our Gods, and Their history, but how to honour and worship Them.  The act of worship is something that we have to mark in the calendar and remind ourselves to do.  We have to write out our rituals and hymns and study them before we can do them.  Maybe in time we remember all of these things and can do them naturally, but it is much harder and takes longer.

Touched on above with processions, but obviously there is little to nothing in the way of public worship of Hekate.  She has become exceedingly popular among Pagans and Polytheists but there are still too many places in this world where, if you are shown to be not of a particular religion (this doesn’t always mean Christianity or Islam) you might actually be in some danger – of harassment, loss of job, even physical danger.

So though some places have the numbers for public worship of Hekate, or the other Gods, this doesn’t mean these groups can safely practice publicly.  Though there are ways to be public, without being public.  Dver, in her book Komos, speaks of doing processions with her friends in a way that would probably seem, to onlookers, as nothing more than a group of friends out drinking and partying.  You may not be able to carry a big statue of Hekate while doing so, but you can adapt.

Still, we are living in a world where many Pagans and Polytheists have to be secretive about their religion.  This can’t help but change the way we go about worship.

Again it’s pretty obvious, but we have little to no temples.  There are some of course, and sanctuaries and groves and other wonderful places.  But you’re unlikely to find anything matching what existed BCE, which is sad indeed.  And just as sad, those that do exist today, small as they may be, are small in number as well – which means, good luck accessing them without some travel.

The ancient Hellenes certainly had their home shrines though, and we do too, so this is something that thankfully isn’t so different – though I think our shrines are different because we have different things.  But I wonder if that is so different even, I would suspect home shrines would be different from one polis to another – even one home to another, considering class differences – so I think this difference isn’t really that much of a difference at all.

If only we had more temples and sanctuaries though.

As I mentioned immediately above, our home shrines must be different to how the ancients had them, we have different things, different materials to make our things, access to more things.  So certainly this is one difference, but I think it’s a small one that doesn’t matter very much.

Veiling, or covering the head in worship of Ouranic deities was the norm for women, and sometimes men, in ancient Hellas and Rome.  Binding of the hair was also common.  At least, we think these things were common from certain pieces of text.  Hekate is most often worshipped as a Chthonic deity, so I guess it doesn’t matter much since hair binding and covering is not a requirement of Chthonic worship.  But sometimes She is worshipped in Her Ouranic aspects, so if we aren’t binding or covering, then this too may be a difference.

The language is certainly different – some of us try to insert a bit of ancient Greek, but honestly how often do those of us who can’t actually speak the language do that? Not often I will bet.  Besides, I am sure I pronounce every word wrong, and the ancients wouldn’t have!

Despite the fact that many of us are unable to join into groups of other worshippers, we do have one advantage the ancients never had – connection and sharing of information.  They certainly would have shared information between regions, differences, SPGs and UPGs back then.  But we have the internet, which means we most definitely know more about what our contemporary Pagans, Polytheists and Hekateans do and believe than any ancient knew about their contemporaries.

We are missing a lot of information from history about Hekate and the other Gods and pantheons – but we most definitely have a lot of information and inspiration at our fingertips that the ancients never had. This changes how we worship and what we believe in both small and big ways.  And I think that is worth noting.

9 – Common mistakes and worst misconceptions about this deity

13 – What modern cultural issues are closest to this deity’s heart?  How do They stand in terms of gender and sexuality?

18 – What quality or qualities of this god do you most admire? And find the most troubling?

19 – Art and music that reminds you of this deity

20 – A quote, a poem, or piece of writing that you think this deity resonates strongly with

22 – A time when this deity has helped you, and refused to help

23 – How has your relationship with this deity changed over time?

26 – Any suggestions for others just starting to learn about this deity? 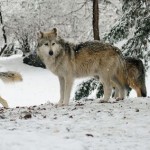 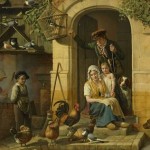 August 15, 2016 30 Days of Hekate: 15 - Mundane Associations
Browse Our Archives
get the latest from
Pagan
Sign up for our newsletter
POPULAR AT PATHEOS Pagan
1