When Good Missionaries Get the Bible Wrong (Part 1)

Someone advised me not to write this article. But silence is exactly why we have so many poorly written mission books. Missionaries are hesitant to disagree in print. And so, we stifle dialogue.

I’ve written previously about the dangers of being an evangelical missiologist. In this post, I think you’ll see the risk one takes by critically engaging godly writers, particularly when it comes to their use of Scripture. As I emphasized in “There are No Church Planting Movements in the Bible,” we must engage one another about the ways the Bible influences our mission methods.

The Bible or “Best Practices”? 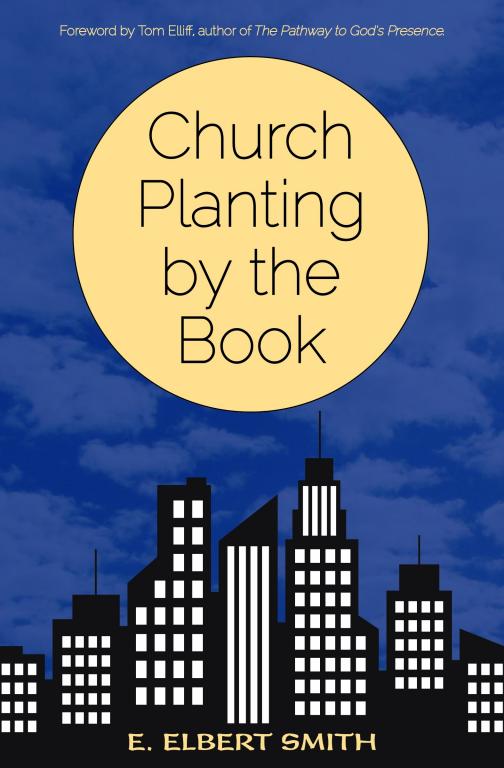 I’ve learned much from Elbert Smith. His graciousness toward people is matched only by his zeal for the Bible and God’s mission. Anyone who spends time with Elbert will eventually hear him ask, “What does the Book say?” I’m sure he’d agree that having a high view of Scripture does not guarantee we rightly interpret the Bible. This is why I’ve chosen Smith’s 2015 book Church Planting by the Book to illustrate such a tension.

An early warning sign is found on the back cover, which explains the goal of Smith’s book. He tries to identify “common threads between the first nine churches featured in Acts and modern-church planting practices.” One should immediately ask whether this is a worthwhile goal. The Bible has authority to suggest or even prescribe ministry methods. However, the same cannot be said about the latter.

Any account of current “best practices” is no more than a description, not a prescription. By “identifying common threads,” his book blurs the distinction. Consequently, it inadvertently lends biblical authority to contemporary methods.

In fact, the similarities between the Bible and popular mission strategies often are superficial. Some activities, like “prayer” and “evangelism”, characterize countless church planting efforts. They are not unique to the method endorsed by Smith.

When Proof is Not in the Text

Missions books subtly teach biblical interpretation. This is unfortunate. In order to keep things simple, they frequently are counterproductive inasmuch as they demonstrate sub-par exegesis. I’ll offer a few examples from Smith’s book. Then I’ll highlight their significance.

Stretching the Missionary or the Bible?

Paul not only mentioned that he worked hard, he repeated the same references to time: “night and day.” Sometimes our work, or work with certain people, can best be done in the day. Work with other people has to be done at night.

The church planter must be willing to adjust his or her personal preferences to the opportunities that come to evangelize and disciple people, night and day. (p. 123)

I won’t add much comment. I think the misapplication is apparent. We should be careful not to make profound what context and common experience make plain enough. We certainly must adjust our schedules to meet with different sorts of people. But that is neither Luke nor Paul’s point.

Was Samuel a tentmaker?

Smith says tent-making serves at least two purposes––securing financial support and getting access to difficult places. He illustrates the latter motive with a proof text. Smith cites 1 Sam 16, where Samuel wants to anoint one of Jesse’s sons but fears Saul’s retaliation. God tells him to sacrifice a heifer in Bethlehem as a way of gaining safe passage. A sacrifice, of course, would not raise suspicion. Thus,

“Sacrificing a heifer provided Samuel a secondary, legitimate reason to be in the city while he obeyed the Lord’s primary command.” (p. 133)

One is left asking questions like, “What does Samuel’s action have to do with tent-making?” “Do we need a text illustrating the motive to access difficult places?” “Does this use of 1 Samuel 16 distract us from the text’s actual purpose?”

Finally, in a book about Acts, why not simply quote Acts 18:13, which says, “…because [Paul] was of the same trade he stayed with [Aquila and Priscilla] and worked, for they were tentmakers by trade.”

Co-opting Biblical Language for the Sake of Missions

Many missionary terms and tools use biblical language. Of course, borrowing biblical language does not imply the Bible advocates a given method or strategy. Below are a few examples where Smith inadvertently borrows biblical authority to explain or defend concepts commonly heard among missionaries.

Smith claims that “broad seed sowing” is “preparation for evangelism” (pp. 24–25). His conclusion depends on his definition of terms. This is how he defines evangelism:

The presentation of the good news of Jesus’ death for our sin and of His burial and resurrection according to the Scriptures in an understandable way that calls for a response of faith and repentance. (p 24)

From this, he determines that the believers at Pentecost did “what we would call ‘broad seed sowing’ rather than direct evangelism” (p. 25). Citing the parable of the sower, Smith adds, “The seed sown in Jesus’ parable was ‘the word of God’ (Luke 8:11) –– not a specific gospel message but broad seed sowing of the Word of God.” Smith’s exegesis is well-intentioned but fatally flawed.

In effect, contemporary missions vernacular shapes his interpretation of the Bible.

First, he implicitly accepts the common (but highly debatable) distinction between “seed sowing” and evangelism. He then uses the text from which we get “seed sowing” language (Luke 8) to interpret an unrelated passage (Acts 2).

Also problematic is his distinguishing the gospel from the “word of God.” In the parable, the seed is called the “word of the kingdom” (Matthew 13:19). Within this seed parable, “the secrets of the kingdom of God” are either known or hidden (Luke 8:10).

Luke, who also wrote Acts, repeatedly uses “the word” as shorthand for an evangelistic message.

In Acts 4:2, 4, “they were teaching the people and proclaiming in Jesus the resurrection from the dead…. But many of those who had heard the word believed, and the number of the men came to about five thousand.” After being threatened by the authorities, they “continued to speak the word of God with boldness” (4:31).

Among those scattered who were “preaching of the word”, Philip “proclaimed to them the Christ” (8:4–5). “Now when the apostles at Jerusalem heard that Samaria had received the word of God, they sent to them Peter and John…” (8:14). Finally, “when they had testified and spoken the word of the Lord, they returned to Jerusalem, preaching the gospel to many villages of the Samaritans” (8:25).

Smith’s explanation seems inconsistent. Later, he explains that the believers in Acts 8 “shared the gospel” (pp. 53–54), though Acts 8 refers to “the word of God.”

“But when the Jews from Thessalonica learned that the word of God was proclaimed by Paul at Berea also, they came there too, agitating and stirring up the crowds.” (Acts 17:13)

“And Paul went in, as was his custom, and on three Sabbath days he reasoned with them from the Scriptures, explaining and proving that it was necessary for the Christ to suffer and to rise from the dead, and saying, “This Jesus, whom I proclaim to you, is the Christ.” (17:2–3)

So what does the book say?

It simply states they told “the mighty works of God.” This phrasing is simply too general for us to know the content of their message. But we should at least ask, “Should we not consider the resurrection a “might deed of God”? (cf. 2:22–24)

In Part 2, I’ll identify other ways that we might misapply or misinterpret the Bible when talking about mission practice.

For related posts and articles, check out: 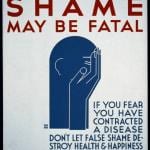 March 6, 2019
How Shame Can Prevent People from Repenting
Next Post

Church Should Be Your Excuse for...
The Chorus In The Chaos
Books by This Author Books by Jackson Wu

Evangelical
God’s mission is a symphony, not a solo
Jackson Wu
TRENDING AT PATHEOS Evangelical