Is Samhain coming, or is it already here? The answer is a little bit of both.

For those of you who are new to Paganism, Samhain is one of the four ancient Celtic fire festivals, along with Imbolc (February 1), Beltane (May 1), and Lughnasadh (August 1). The word means “summer’s end” – it marks the end of summer and the beginning of winter. In modern Pagan lore it’s the third and final harvest festival. It’s a time to think about the reality of death, and to remember our loved ones who have died.

This 2014 post by Jason Mankey has all the history of the day and the season, and it describes how we got from there (i.e. – ancient Ireland) to here.

In my recent Halloween playlist post, I said “Halloween is more than a day – it’s the whole month of October.” What is true of the secular holiday of Halloween is also true of the sacred holy day of Samhain. Whether the season of Samhain begins on October 1 or the day after the Fall Equinox or some other day is less important than the fact that it is more than a point in time.

Samhain is a season – a season I’m happy to observe and celebrate. 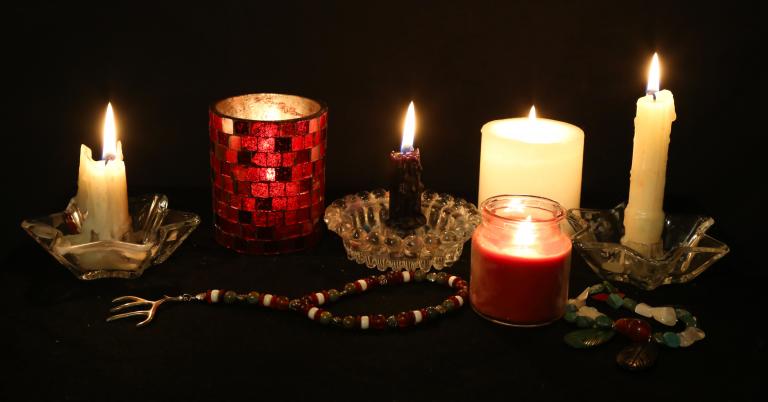 The modern obsession with precise time

Witches and Pagans often work magic by the moon – especially the full moon. Most of us know the English word “month” comes from “moon” – our calendar months are different from the moon cycles to make them line up with the solar year.

When is the full moon? Any number of websites can tell you exactly when it is. Coincidentally, the next full moon this year is on Samhain: October 31, 2020, at 9:49 AM CDT.

I appreciate the precision with which astronomical events can be known in our modern world. At the same time, I think back on our ancestors – both ancient and not-so-ancient – who knew only what they could see with their eyes. They saw the moon as full for three nights – not for one brief instant of time.

While I prefer to do my full moon work the evening before the exact moment of fullness, I’ve seen little if any difference in working magic on any of the three nights.

This obsession with precision isn’t entirely a modern thing. Some grimoire spells require precise astrological timing. If you’re working in that tradition, that’s what you should do. But that’s one of the reasons I’m not a grimoire magician.

Like the full moon, Samhain isn’t a moment. It’s not a day… or at least, it’s not only a day. It’s a season – a season that’s worth acknowledging and celebrating.

One of the primary reasons behind the rise of modern Paganism is our disconnection from the natural world. Humans lived on the land for most of our first 200,000 years. We’ve lived in cities for perhaps 10,000 years, in industrial societies for 300 years, and in the digital age for less than 50.

Along the way we’ve lost much of our connection to Nature. We rise with the alarm clock, not the sun. Our houses are heated and cooled to the same temperature year-round. Cold storage and an elaborate network of trucks and planes mean that most seasonal foods are available year-round.

For the most part these are good things. Or at least, I like them. But we’ve lost something in the bargain.

This is one of the reasons why it’s important to view Samhain – and the other holy days on the Wheel of the Year – as more than just a moment, or just a day. As we prepare for Samhain, our thoughts shift from warm weather to cold, from harvest to fallow time, from life to death. And as we do, we begin to strengthen the connections to Nature that modern life ignores. 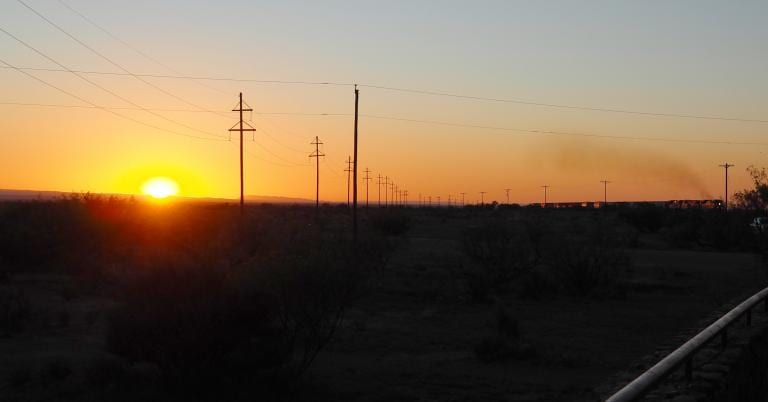 In modern Pagan lore, Samhain – along with Beltane, six months and 180 degrees opposite it on the Wheel of the Year – is a time when the Veil Between the Worlds grows thin. Spirits can more easily move between the ordinary world and the Otherworld – the world of the Gods and ancestors.

Other, longer cycles are also in play. Many of us have been experiencing the Veil as thin – or shredded – year-round for the past decade or so. But in my experience, this is in addition to the semi-annual thinning.

This is a good time to remind everyone that just because a person is a spirit doesn’t necessarily mean you should listen to them. Just because they’re dead doesn’t mean they’re smart. If your grandmother was a jerk in this life, it’s not likely she’ll suddenly decide to be nice to you in death. And the spirits and other persons who were never human don’t always have your best interests at heart – there is a spiritual truth behind the secular customs of Halloween.

Like so much in Nature, Samhain is something that’s beautiful, powerful, and meaningful, but it’s not all about us.

Still, this is a time when we can more easily experience the presence of our ancestors and other beloved dead. And that makes it the perfect time to remember them, and to honor them.

If you don’t already have one, set up a shrine to your ancestors. Set up their pictures and dust off the objects they left you. Call their names and tell their stories. Make their favorite foods, and leave a portion for them.

My usual practice is to set food or drink on my ancestor altar for a short while – usually about 30 minutes. Then I eat or drink it slowly and deliberately. However else they may live on, my ancestors unquestionably live on in me. If they cannot taste where they are (can spirits taste? I tend to think not – that’s one of the advantages of having a body) they can taste through me.

This video with fellow Denton Pagan Linda Masten discusses ancestor practice. It’s well worth seven minutes of your time, whether you’re not familiar with this work or not.

Memento Mori – think on your death

This much we know: all that lives will someday die.

Another problem with our modern society is that we like to ignore death. And deny it. The dying are rushed to hospitals where they’re tortured with treatment after treatment in the attempt to forestall death as long as possible. Then when they die, we have specialists to take the body, pump it full of chemicals, and orchestrate a bland and non-offensive funeral so we can all get back to work.1

Samhain is a reminder of the reality of death.

We like to speculate about what comes after death – I certainly do. This is a good time to do that. The Veil Between the Worlds is thin, and if the dead can come here, then we can go there. When we do, we prepare ourselves for that time when we make our final journey.

But more than that, Samhain is a time to think about how we want to die – and how we don’t.

And it’s a time to think about what you want done with your body after you’re dead. Think about this, then make your preferences known. Don’t force those decisions on those who survive you. They’ll have enough to worry about – and you may not like what they decide.

Much of the fear of death comes from unfamiliarity. If we think about death, and if we explore the World of the Dead in meditation and contemplation, it will become familiar. Then when our time comes – as it will certainly come for us all – we will not be afraid, because we will have experienced it before.

The season of Samhain

Samhain isn’t a day, or at least, not just a day. It’s a season. Whenever it began, we’re in it now.

Experience the thinning Veil and the presence of your beloved dead. Remember and honor them. Watch out for the spirits that are ambivalent or antagonistic toward humans. And think on your death, because someday it will be here.

May your season of Samhain be full, powerful, and comforting.

1 There are alternatives to the corporate funeral industry. See Do I Have To Wear Black? Rituals, Customs & Funerary Etiquette for Modern Pagans by Mortellus. 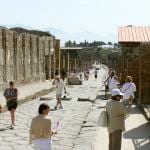 October 18, 2020
Tourist Returns “Cursed” Artifacts From Pompeii – Being a Good Guest in New Places
Next Post

October 22, 2020 Under the Ancient Oaks Online Samhain Ritual: October 30
Recent Comments
0 | Leave a Comment
"I feel that giving a lot of importance to titles provided by an organized pagan ..."
Barros Serrano Are Self-Given Titles Valid?
"We have discovered in recent years, with the Right radicalization of the GOP, transforming it ..."
Barros Serrano Religion is Inherently Political and I’ve ..."
"Spot on, thank you for sharing."
OrderInTheQuartz We Have Only the Rights the ..."
"It's a hard world for me to live in. So far I have lost the ..."
I. H. Hagar Religion is Inherently Political and I’ve ..."
Browse Our Archives
Related posts from John Beckett