Fair Is Foul And Foul Is Fair: Witchcraft And Deception

Fair Is Foul And Foul Is Fair: Witchcraft And Deception October 12, 2019 Cyndi Brannen

The witch possesses the power to transform what is foul into beauty, and what is fair into ugliness. This is healing of ourselves and others, but it’s also been perceived as illusion and trickery, rendering us suspect by those who can’t control us. Our curses and charms have always been a necessary part of the subversive nature of our ways. Here in our modern evolution of the meaning of witchcraft, denying the power of deception we inherently possess renders us susceptible to those who would still imprison us. In particular, those that deny the rightful place of deception in witchcraft are deceiving themselves.

Fair Is Foul And Foul Is Fair

“Fair is foul and foul is fair” was the chant of Macbeth’s witches. Shakespeare’s projection of his own, and societies, fear of powerful women/witches demonstrates the enduring belief that we must use trickery to achieve our means. How else could we get what we want?

As we experience the beautiful revolution of witchcraft becoming more widely practiced and accepted, there is a current of whitewashing the history. In particular, that the powerful viewed us as subversive degenerates who relied on deception seems to be forgotten, a sort of lie to make us more acceptable.

Often times, it was those accusing witches of deception who were the ones doing the lying. One discussion that comes up from time to time is the one concerning subversive practices, such as casting spells on others without their consent. The common historical record would say that we always have done this. Hekate and her witches have always needed to rely on deception to protect themselves.

Across the centuries and cultures, those who have been labeled as “witch,” have been vilified as deceivers. The Christian era sought only to eliminate those who practiced witchcraft because they could not be controlled. Witch has become synonymous with a willful woman who uses trickery to achieve her goals.  Of course, this is only in the eye of the ones who can’t control her.

The witch, then, is seen as truthful only when her work serves the perceived good of those in power. Today, the beautiful revolution of witchcraft becoming more accepted by society has led to an evolving definition that is a bit in denial about our history. Denial is, of course, a form of deception. The problem is that reclaiming the word as one of beauty can risk negating what has always been part of witchcraft: deception. From binding others as a means of controlling their nefarious ways to slipping medicine into children’s porridge, witchcraft is often done in the shadows, where the line between truth and lie is blurred.

Perhaps the founders of the modern witchcraft revolution themselves were engaging in deception in their careful use of certain terms, including wicca, to describe witchcraft in ways that are more socially acceptable. No wonder given the long history of persecution that our ancestors endured. Witches have always been part of society, often both reviled and valued, but always seen as deceivers.

Witchcraft and Deception: Lying To Save Ourselves

Witchcraft and deception are deeply interwoven, from the lies told about us to our own need to self-protect by concealing our identity. When it comes to practicing witchcraft, our work is often includes forms of deception, ranging from the methods we use to practicing them on others without consent.

Across cultures and times, the witch/sorceress (usually women) was defined by her use of nefarious methods in contrast to “healers” who used magic (typically of the botanical sort) to help others. The distinction itself was a lie. Witches have always been the healers, the medicine women and cunning folk. However, the powerful have used “witch” as a means of punishing those who threaten their dominance. In the vicious dance between the powerful and the witch, she had often been relegated to deception in order to counteract their lies.

Stop Lying To Yourself

Some modern versions of witchcraft prohibit any form of deception as a way of circumventing a boomerang effect, thereby avoiding being deceived themselves or worse. Taken out of context, the “rule of three” appears to be reinforce this view. “Karma” is often thrown around as an argument against deception. Even “harm none” without proper consideration of the deeper meaning can be used as a tool against real witchcraft.

What’s clear is that when we turn inward to the shadow, our ability to trick ourselves is cast aside. Embracing our true nature, our ability to summon spirits, for example, ends the cycle of internal deception. To walk the Witches’ Journey is to continually go deeper into knowing ourselves. Ending self-deception is inherent in our journey into our own truth.

The Witches’ Journey has always required this turning inward, to our connection to our spirits through which we weave our magick. Throughout history, when our powers were revealed to others, we were typically persecuted. “To be silent,” was a necessary form of deceptive protection. However, our abilities also held great value.

Generally, I do what I feel needs to be done. I don’t often do baneful workings on another person. My focus is on my own path, success and health. However, if I need to deceive to protect myself or my beloveds, I don’t hesitate.

Witchcraft is about persuasion: of the spirits to do our bidding, of receiving the favor of our deities, and of coaxing correspondences to get the job done. There are those who view persuasive techniques as manipulative deception. Truth is that witches are in the business of manipulation. Denying this doesn’t make it untrue. We manipulate forces and spirits. That is what spellcrafting is.

“Fair is foul and foul is fair” is about transmutation: the transforming of one thing into another. What appears to be truth is illusion, and the vice versa. Illusion had a protective role for the witches of yore as it shielded them from criticism, imprisonment and even death. Illusion, the transformation of appearance into what it is not, is at the heart of witchcraft.

I have a Black Jar of Secrets where I keep what I don’t want revealed. I have poppets who are taglocked to others that I’ll dig out on rare occasions when my magic powers of persuasion don’t yield the results I need. I weave sigils into documents so the outcome goes my way without telling the others involved. I’ve banished my enemies without asking their permission.

The ridiculousness of the idea of getting consent from the person I want to vanish is comical. As are pithy understandings of karma, the golden rule, etc. We lie in our mundane interactions. We mostly lie to ourselves. Witchcraft, when it is entered into as a spiritual path, is the journey of self exploration. Knowing ourselves, including the ways we deceive ourselves, is our Great Work.

Using Deception For Our Highest Good

Claiming power over what we choose to do is also inherent in this approach. Deception can be as seemingly innocuous as going with the flow. There are times when it is necessary for us to hide our views as an act of self-protection. In addition, there is very little research evidence that we can change others’ minds by mere words. How is healing ourselves the necessary path for removing self-deception? Wherein lies the harm of lying to achieve our goals? What is the potential cost? How do you use deception in witchcraft?

JUNE 2020: Please subscribe to my blog on keepingherkeys.com/read to receive updates about new articles which are completely free. I am not publishing new articles on Patheos. You can join my modern online coven network for the first month free. Try it out here.

About Cyndi
Cyndi Brannen, PhD, is a healer, teacher and author focusing on personal development, spirituality and true magic. Founder of the Keeping Her Keys Mystery School, she teaches and writes about the true magic of healing and personal power. The bestselling Keeping Her Keys: An Introduction to Hekate’s Modern Witchcraft explores Hekate from her ancient origins to our modern understanding through magic and personal development. True Magic: Unleashing Your Inner Witch, based on the sacred seven principles, is now available. You can read more about the author here.
Previous Post 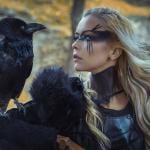 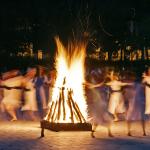 October 13, 2019 Keeping Her Keys Turns 2: Together We Rise
Browse Our Archives
get the latest from
Keeping Her Keys
Sign up for our newsletter
POPULAR AT PATHEOS Pagan
1