He Knows Their Name: The Mom of a Transgender Teen Speaks Out

Today’s guest post comes from Alise Chaffins, and we’re thankful for her willingness to share a piece of her story with us here.

If you’re in the Chicagoland area, remember that tonight is our Living in the Tension gathering, and we’d love to have you join us. More details on that here. Much love!

Alise Chaffins is a wife, mom, eater of soup, and defender of the Oxford comma. She blogs regularly at knittingsoul.com. Connect with her on Twitter and Facebook.

I am one of those people who has very strong feelings about naming children. When choosing names for my kids, I was very adamant that the names not be shortened, but that they go by the name given to them. Why give someone a name that you have no intention of using? That just seems silly to me.

Each of our children’s names were chosen with care, but of course, most hopeful parents have at least one name that they want to use, and my oldest was the one who had that name. I had always loved the story of Deborah, the warrior judge, and hoped some day to have a child who would bear that name. Not a Debbie or Deb or even Debra, but Deborah. It was a name decided on with hope for the child to whom it would belong.

For sixteen years, that name was the one that the child used. When they were 14 and came out as gender fluid and pansexual, they flirted with another more androgynous name, but it never really caught on. As an affirming parent, I could wrap my head around their orientation and support it, but when I asked if they wanted me to call them that name, it was always with a sense of, “Please, don’t want that,” behind it. And for a while, those unspoken words were heeded. They were ambivalent about the name, and were content for those who knew about their orientation to continue to use their birth name.

Then at 16, the child who had the name that I loved came out as a trans man.

There are a lot of things about having a transgender child that can be frightening. Will people blame me for not providing my child with a strong enough female or male role model? How will my church react to my trans child? Will my child be safe? Will my child know that I still love them?

Even though my child had been out for nearly two years, this felt like we were entering that realm all over again, and this time, there was going to be no hiding it. Not from us, not from those around us. He was proudly out, and as his mom, I felt a responsibility to be completely supportive of him.

He chose a new name. One that I quite like, one that nods to the name that he had received at birth, one that means “poet.”

I cried when I realized that I no longer had a child that bore the name that had meant so much to me.

At first, I felt like this was a huge betrayal to my child. Here he was, finally coming to understand himself better. He was emerging from a depression that had settled in and made it difficult for him to function with all of the joy that one hopes for their children, and rather than feeling completely and ecstatically happy, I was experiencing mourning.

Sometimes as parents who are supportive of our transgender kids, we can feel torn between two worlds. On one side, you have people telling you that to love your child well, you need to try to fix them, and that any doubts you have about your child’s sexuality is a clear indicator that it must be wrong and that God is trying to lead you and them back to the right way of thinking. On the other side, you have voices telling you that if you feel any negative thoughts at all about your child’s transition, you must not really support your child. With extremes on both sides, it can sometimes be difficult to find our way through the grief that accompanies any change.

The truth is, I love my child. I don’t need to fix him, I don’t need to make him someone he’s not. Who he is today is exactly who he has always been, even if I wasn’t aware of that, and who he is tomorrow will still be loved.

However, because I didn’t know everything about who he was, there are aspects of that former self that I will grieve. This grief is not an indicator of the strength or weakness of my love, but simply a process of letting go of ideas that I had about who he would be. By acknowledging them and mourning them, I will better be able to fully embrace the person that he is.

I have always wanted my children to be known by their actual names. Now I know my son’s actual identity and I will call him by his name.

May 16, 2015 Transition
Browse Our Archives
Related posts from Love is an Orientation 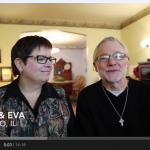 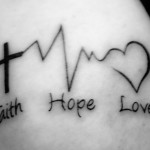