Vision Forum: Fixing Problems by Turning Back the Clock

In many ways Christian Patriarchy is a response to real problems in our world. Drugs and alcohol abuse, for example. Suicide and juvenile delinquency. Divorce and broken families. In many ways, our world is kind of crummy.

But the solution, for Christian Patriarchy, is not to deal with these problems in the here and now but rather to turn back the clock to a supposedly simpler, gentler era.

But the problem here is twofold. First, we simply cannot turn back the clock. We may try but we will fail. Second, we should not want to turn back the clock. Vision Forum romanticizes the late 1800s as an era of godliness, order, and family cohesion, but its memory is selective. Alcohol abuse and juvenile delinquency were alive and well, and while divorce was not common domestic violence and spousal abuse was. And even leaving that aside, the picture above was only true very a small, small segment of society, the middle class. The vast majority of people at the time were working class, and their lives looked more like this: 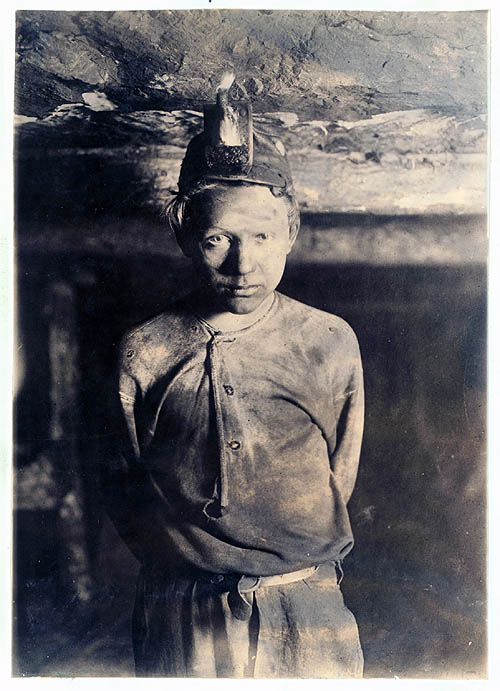 Vision Forum romanticizes the late 1800s, but the picture it presents is only skin deep. We cannot fix the problems of the present day by returning to some idealized vision of the past that never actually existed. We need to fix our problems by pulling up our sleeves and getting to work in the here and now.

Vision Forum paints feminism as women’s enemy and points to the problems of the harried, overworked career mother, who tries to balance a 60 hour work week with the needs of her two children and feels herself called to be everything, at once.

Feminism, Vision Forum contends, has enslaved this mother. The solution, Vision Forum says, is to turn back the clock to a simpler, gentler era set this woman free to live the life she was meant to live, to fulfill her role as a homemaker.

The problem is, Vision Forum wants to simply eliminate the struggles women face by turning back the clock. As I stated before, you can’t just turn back the clock. Many women today work because their family needs the second income. You have to deal with today’s realities, and Vision Forum doesn’t seem to realize that.

But more than that, Vision Forum once again wants to turn back the clock to an idealized past that never existed. Feminism did not create the struggles women face to balance work and motherhood and work, because these struggles are not new. In past eras mothers have always contributed economically to their families through their labor, and a vast number of them worked outside of the home in domestic service (that’s how those mothers in those pictures of the 1800s middle class can look so calm and poised) or in factories. Women have always worked, and have always had to balance this work with motherhood. Once again, that picture Vision Forum presents above was only ever true for a small, small minority of women. Most women in the 1800s lived lives that look more like this: 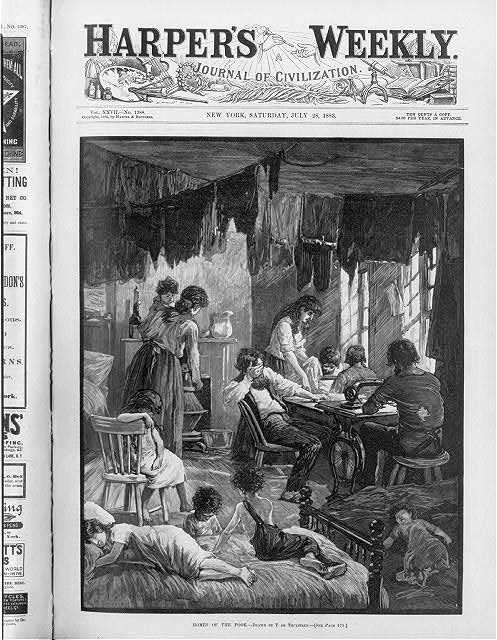 As always, Vision Forum wants to fix problems by turning back the clock, rather than dealing with it in the here and now. The truth is, feminists know that their job is not over. Feminists today are still working toward greater equality, and understand the difficulties involved in balancing work and children. Many feminists support families who desire to do so being able to have an at home parent while the children are young, or even until the children are grown, and are working toward making sure that women who choose the “mommy track” (or men who choose the “daddy track”) will be able to get back on the career path once their children are in school or grown. Similarly, feminists are working for longer maternity leave and trying to make the workplace – and the career track – more parent-friendly in general. Feminism is not about forcing women to do it all. Feminism is about finding ways to make the choices women must make easier and more equal. Feminists know they still have work to do, but they are trying to fix problems in the here and now rather than seeking vainly to turn back the clock to a time that never existed.

3. A Devaluation of Women

Yes, be very, very horrified by that image and the accompanying text. I only show it to point out that there are real problems here. Women in today’s society are often treated as sexual objects and devalued as “blond bimbos” or “simply emotional.” But somehow, Vision Forum does not realize that the root of this problem is sexism, and instead blames feminism. Seriously, what? Feminists are not complicit in this misogyny; rather, they are working to end it. But for Vision Forum, the solution is once again not to fix the problems we face in the here and now, but to turn back the clock.

Vision Forum points back to a time when young women were valued and protected (by their fathers). Once again, this picture was never reality for more than a sliver of society. Most women were working class and fended for themselves. They lived with the reality of sexual violence and exploitation.

But there’s more to it than that. Vision Forum tells women that they can be valued and have their position in society elevated – if they surrender their rights and accept male authority. They do not see misogyny as the problem, but rather blame the way families today push their young women out of the home at age 18 and launch them unprotected into the dangers of society. Young women will be protected from the debauchery of college men, Vision Forum promises – if they stay home and obey their fathers. Middle aged women will be free from the pressure to conform to an idealized image of sexy, Vision Forum asserts – if they stay home and obey their husbands. What is this? You will be valued and protected if you surrender all your rights and obey your male authority? THIS is the solution Vision Forum offers!

Meanwhile, feminists believe that women can be valued and have equal rights. In fact, feminists hold that the key to ending the devaluation of women is not accepting women’s subordination to males but rather bringing about true equality. Accepting a second class status for women only furthers the root problem here, which is sexism and misogyny. Vision Forum doesn’t see this, because it believes that women are “weaker vessels” which need protecting. Furthermore, feminists work to fix the problems in our society today by actually working to fix them. The solution is not to turn back the clock or to ask women to surrender their rights in return for protection. The solution is to combat sexism and misogyny and work toward actual equality. But somehow, Vision Forum identifies that as the problem.

What is going on here?

Vision Forum focuses on problems in society, inflates them, and then blames feminism and modernity. Then Vision Forum seeks to fix the problems by turning back the clock to a time that never existed. The version of the past that Vision Forum sells is a myth. The problems we face in society today are not new. Substance abuse, the challenges of balancing motherhood and work, and the devaluation of women have always been with us. Looking back to some idealized imaginary past where families had no problems, mothers happily stayed home and devoted their time to raising their children, and women were valued and esteemed in return for surrendering their freedom and rights does not actually fix any problems! It’s all smoke and mirrors, all a chasing after the wind!

Meanwhile, feminists and their allies acknowledge that our society has problems. Believe me, I have never met a single politician, right or left, who thinks juvenile delinquency or cocaine addictions are good things, and I have never met a feminist who does not admit and lament the fact that women face trade offs when it comes to careers and parenting that men don’t face, or who does not bristle at the devaluation women so constantly face in advertising and the continued misogyny they find in the men around them. But the difference is that feminists and their allies seek to fix these problems by rolling up their sleeves and getting to work. They remain in the here and now rather than retreating to the dreamland Vision Forum is so fond of.