Not surprisingly, Kelly Reins Ladies against Feminism has put up a collection of links on gay marriage. They’ve called their link list “Cranial Dominionism: Defining What We Think about . . . Defending Biblical Marriage.” In it they offer links and quotes from such standard evangelical luminaries as John Piper and Ken Ham. Most of it is standard fare, repeating the evangelical line on homosexuality and marriage equality, as is to be expected. But I also noticed something . . . odd. Kelly quotes from Rousas Rushdoony, and links to an audio sermon of his.

By linking to Rushdoony, Kelly shoots herself—and her standard evangelical arguments—in the foot and undoes much of the effort being made by the others she quotes from. If I had been Kelly, I seriously seriously would have left Rushdoony out of this.

When it comes to race issues, Kelly had a good thing going here. Her second to last link is from Voddie Baucham, black pastor and close associate of Vision Forum, attempting in his “Gay Is Not the New Black” to explain why people can’t draw a comparison between prohibiting gay marriage and prohibiting interracial marriage—after all, God has prohibited gay marriage, but there is nothing in the Bible against interracial marriage. This is a good move on Kelly’s part, as the comparison between bans on same-sex marriage and bans on interracial marriage is highly emotive. I don’t agree with Baucham’s arguments, but then, it’s a good PR move on Kelly’s part to link to a black pastor arguing against the comparison. She should have left it there. But for some reason, she couldn’t. She had to immediately follow Baucham with Rushdoony.

Here’s the problem with that: Rushdoony was against interracial marriage and in favor of both segregation and racial slavery. In fact, Rushdoony not only argued that interracial marriage—which he called “unequal yoking”—should be banned based on the Bible but also defended racial slavery by saying that that southern slavery was “generally benevolent” and that “some people are by nature slaves.” He also intoned against “enforced integration,” going so far as to contend that the early church was segregated. So I’m really not sure Kelly wants to be quoting Rushdoony right after quoting Baucham.

But there’s another, bigger problem. Evangelicals have been trying for some time now to argue that they really don’t hate gay people. “Hate the sin, love the sinner” and all that. That’s the standard line made by most of those Kelly quotes and links to here. But then she quotes from . . . Rushdoony. She probably thinks it’s harmless, as it’s simply a quote in which he talks about homosexuality as a sign of cultural rebellion. But the problem is that the centerpiece of Rushdoony’s work was his argument that Old Testament law needed to be reinstated as civil law in the United States. There’s no way that Kelly doesn’t know this—there’s no way Kelly doesn’t know that Rushdoony argued that LGBTQ individuals should be put to death. I could give you links to lots of articles discussing Rushdoony’s contention that gay people should be stoned, but I think I’ll let you hear it for yourself. Here is from an interview with Rushdoony in 1988 (transcript to follow):

Here is the relevant transcript:

Moyers: So adultery was considered a theft of the family.

Rushdoony: It was, yes, it was treason to the family.

Rushdoony: Yes, it was treason to the family.

Moyers: Worthy of the death sentence?

Moyers: Worthy of the death sentence?.

Moyers: Deserving of the death sentence?

Moyers: But you would re-instate the death penalty for some of these or all of these Biblical crimes?

Moyers: But the reconstructive society—

Moyers: And the agents of God would carry out the laws.

Rushdoony: The civil government would, on these things.

Moyers: So you would have a civil government, based upon—

Rushdoony: Oh yes. I’m not an anarchist. I’m close to being a libertarian. But—

Moyers: But the civil law would be based on the biblical law. And so you’d have a civil government carrying out a religious mandate.

Rushdoony’s son-in-law, Gary North, has famously argued that these death penalties—which would be visited on everyone from adulterers to homosexuals to rebellious children—should be carried out by public stoning:

“Why stoning? There are many reasons. First, the implements of execution are available to everyone at virtually no cost. . . . Executions are community projects—not with spectators who watch a professional executioner do `his’ duty, but rather with actual participants.”

Look, if evangelicals want to pretend they’re all nice and caring and you “love the sinner but hate the sin,” fine. As long as they still work to deny LGBTQ couples the right to marry or adopt children and continue to oppose legislation to protect these individuals from discrimination, I’m not going to take you completely seriously on this one. But if they’re going to do that, they have got to stop quoting from the likes of Rushdoony. Rushdoony didn’t talk about loving gays. He talked about killing gays. Bad move, Kelly. Bad move.

If you want to learn more on Rushdoony, and on his impact on Christian Right leaders like Tim an Beverly LaHaye, evangelical intellectuals like Francis Schaeffer, and Christian Patriarchy leaders like Doug Phillips, I recommend:

A Nation under God

Invitation to a Stoning

A Reconstructionist and Racist Bigot 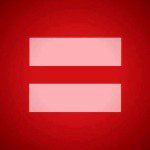 March 28, 2013 Image, Counter Image: The Facebook Meme War
Recent Comments
0 | Leave a Comment
Browse Our Archives
get the latest from
Nonreligious
Sign up for our newsletter
POPULAR AT PATHEOS Nonreligious
1