Vision Forum Ministries (but not Inc.) Shutters Its Doors 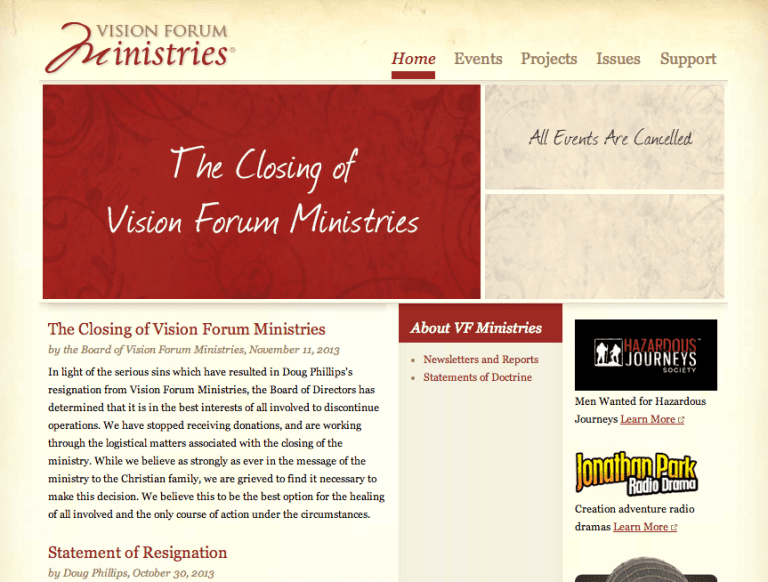 That’s right, they’re closing operations. They referred to Doug Phillips “inappropriate relationship” as “serious sins,” which says to me that there’s more going on than we have seen yet. I’m wanting more clarity, but I think Vision Forum Ministries closing down means no more Hazardous Journeys and no more San Antonio film festival. But you know what it doesn’t mean? What it doesn’t mean is no more Vision Forum Inc. That part is still up and running, as you can see here. 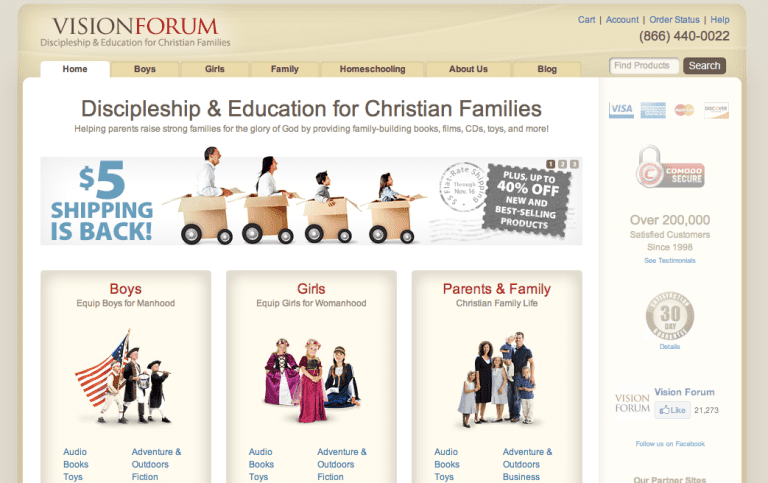 In fact, the blog is still up and running, posting extremely regularly with no mention of Vision Forum shutting down. Again, this makes me wonder how many of the extra add-on things like the History of America Mega Conference were Vision Forum Ministries projects and how many were Vision Forum Inc. projects. 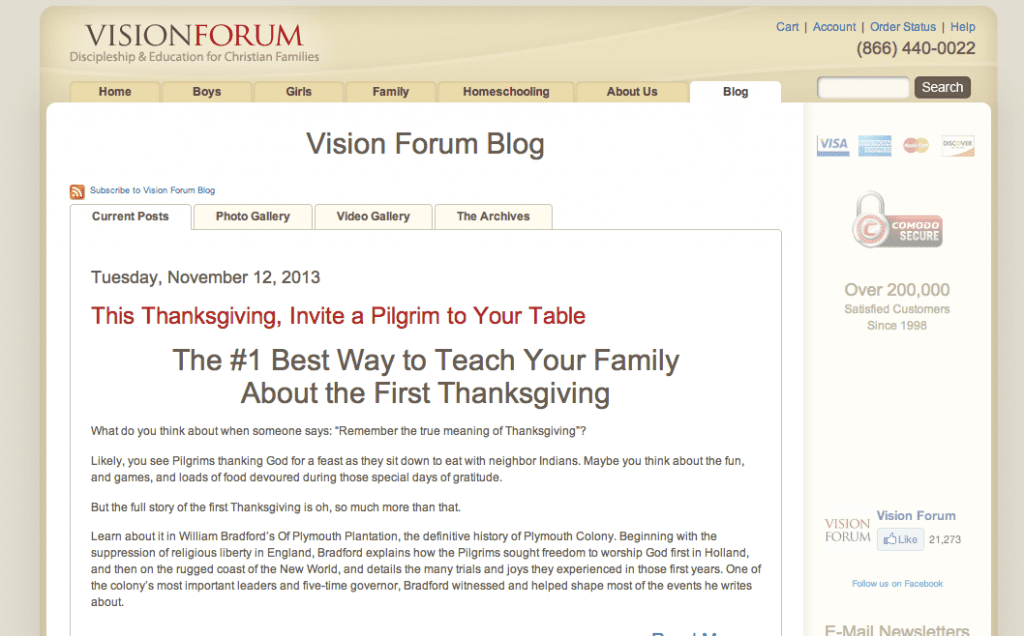 Why do I care, you ask? Namely, because Doug Phillips as head of Vision Forum Inc. is still selling all of his same products with his same message. Here is an example of a CD by Doug Phillips still being sold. Is Doug Phillips, who hid a long-term affair from his wife and family, really a person who should still be instructing followers in this manner? 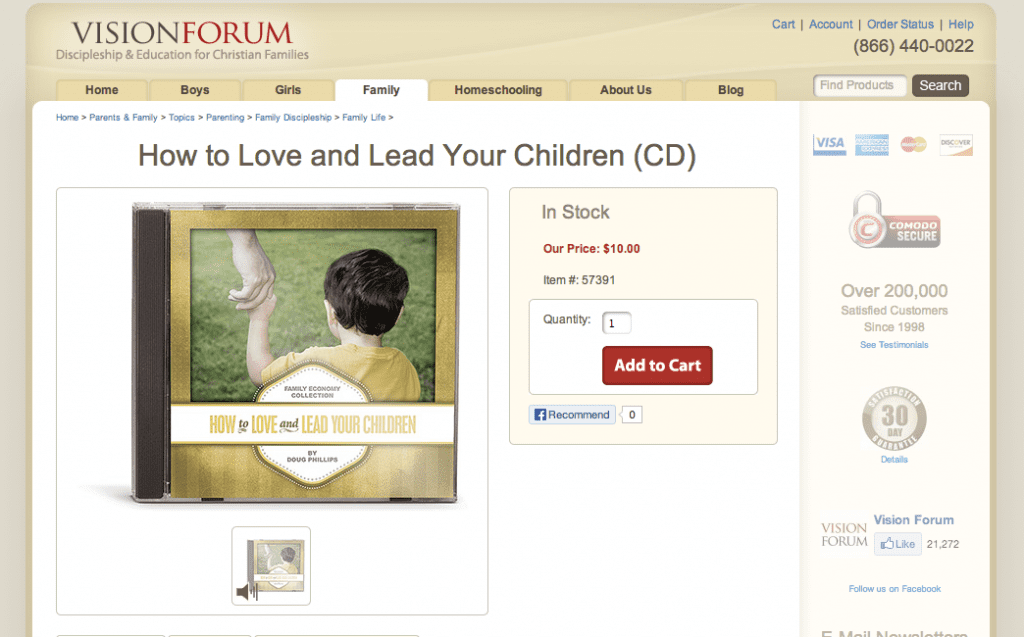 And of course, all of the signature stay-at-home-daughter goods, books, CDs, and DVDs, are still being sold as well. You can see an example here, but as far as I can tell, nothing has been removed. Doug Phillips’ affair represents the failure of his patriarchal ideology—the failure of the idea that the head of each household should be given the power and the women under him should be expected to acquiesce. And yet, Doug Phillips is still selling his material saying just this. 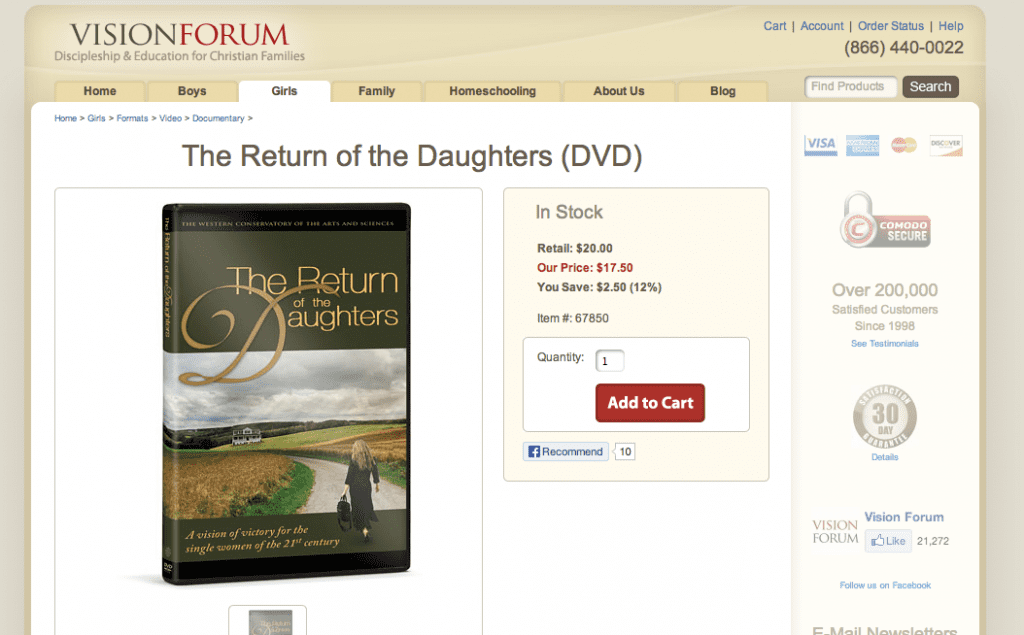 Stay tuned, I’ll keep you updated of any new developments. I think there is serious turmoil going on over at Vision Forum, and I don’t think we’ve heard the end of it yet!

Nonreligious
What Trump's 401k Story Says about How He...
Love, Joy, Feminism
TRENDING AT PATHEOS Nonreligious

Door in the Dragon's Throat: The Shaking Cavern
It could be that these three adults are ciphers because the book...
view all Nonreligious blogs
What Are Your Thoughts?leave a comment
Copyright 2008-2017, Patheos. All rights reserved.