Raising a daughter in today’s world is hard. We like to think of ourselves as light years ahead of the 1950s in terms of gender equality, but sometimes I don’t see it. And, lately, Candy Land has been one of those places. I am so incredibly thankful that my husband’s grandparents gifted us their old Candy Land board, because otherwise I would be scouring ebay for one. When I played Candy Land growing up, we had the 1984 version. In 2010 things really started to change.

You’re not the only one wondering what happened to Princess Lolly.

That’s not the Princess Lolly I remember. That’s a sexualized and pinkified Princess Lolly. For a full comparison of the 1984 characters and the 2010 characters, see The Cultural Evolution of Candy Land. But brace yourselves, because you haven’t seen the worst yet—this year, 2013, the game was updated yet again. Brace yourselves. 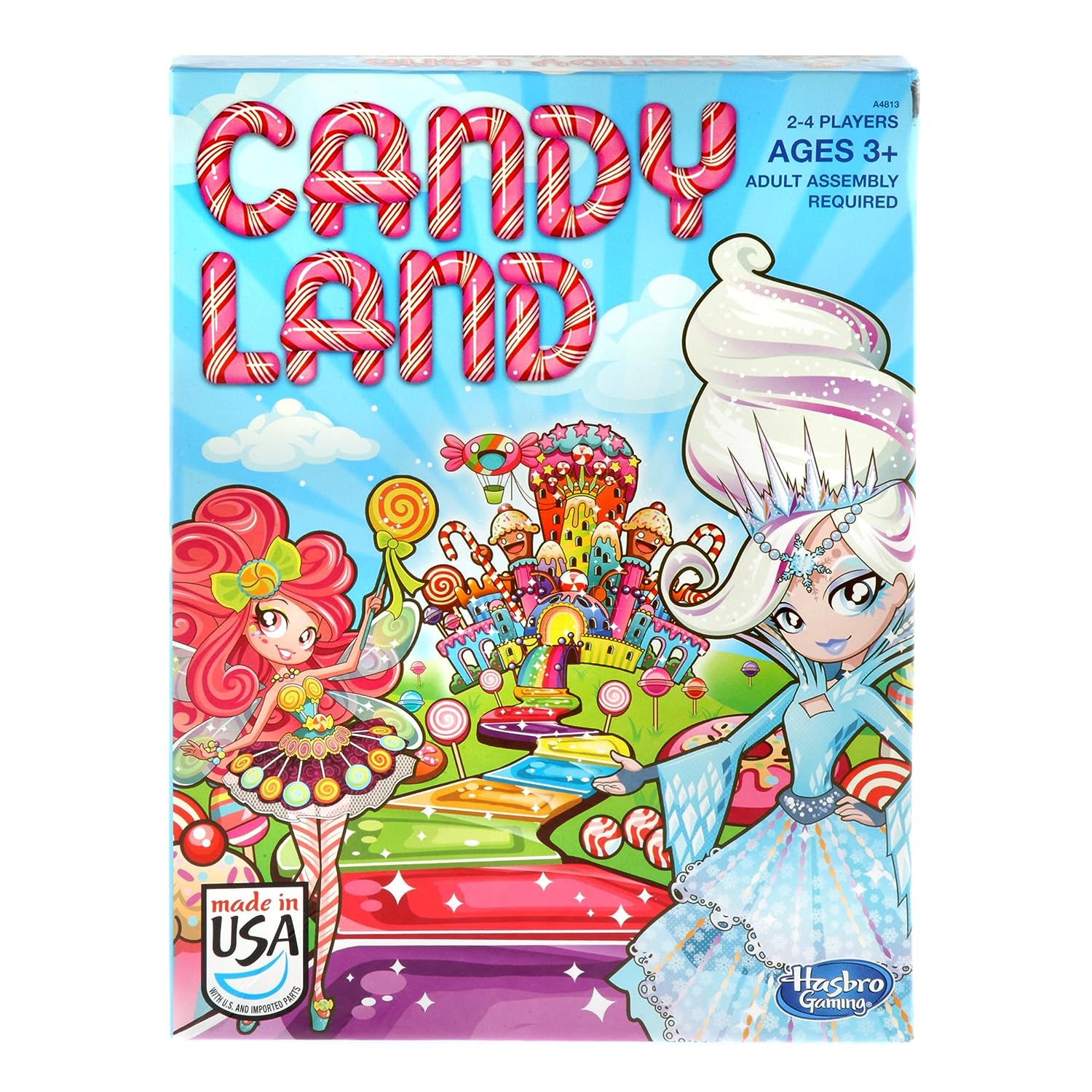 No, you’re not seeing things. If you go to a store to buy a Candy Land game for your daughter, granddaughter, or niece, that really is what you will find. For a full comparison between the 1984 version I grew up playing and the 2013 version, see The New Candy Land: More Sickening than Sweet. I should point out, thought, that the author of that post calls Queen Frostine “Trampy” and appears to object to the sexualization of the Candy Land characters for different reasons than I do. This isn’t about being prudish, it is about me not wanting girls to be reduced to sex symbols, robbed of their holistic personhood. Yes, sex is an important part of life, but it is not the only part of life and a woman’s sexual appeal is not the most important thing about her. Furthermore, young girls do not need to be sexualized. There is enough time for them to explore sexualization when they hit adolescence, we don’t need to go pressing that on three to five year olds (the target age demographic of Candy Land). But I digress.

As the mother of a young daughter, the changes made to Candy Land, emblematic of children’s consumer culture as a whole, hit me hard. Honestly, sometimes I just want to throw up my hands and be done. Sometimes I think we as a society are conducting a horrible experiment with our girls today, and I don’t see it turning out well. When my four-year-old daughter Sally saw the image directly above these words while I was writing this post, she immediately pointed at the Princess Lolly on the right and exclaimed “I want that one!” I can’t remove Sally from a culture that is so hard at work telling her that images like those on the left are the ideal she should strive for.

It’s not just Candy Land, it’s everywhere. I’ve written about it in relation to legos. Here is a comparison between 1980s and 2010s legos advertising aimed at girls:

When it comes to children’s consumer culture, we do not live in a world that is becoming more gender neutral. I think it may be easy to miss this if you’re not living it. But I am. I walk the toy aisles and the store and I hear Sally’s chatter. I hear her say that toys in the aisles that are dark grey and green and focus on construction and warfare are “boy toys.” I hear her say that her little boy friend at school has stopped playing with her because “he only wants to play with boys, and not girls.” I stand in front of aisles of pink and purple and wonder when it became a marketing truth that girls don’t like colors that aren’t pastels. So far my daughter has not expressed dissatisfaction with her body, which does not resemble the unrealistically thin Ever After High dolls I’ve seen her admiring at the store, but I know it’s coming.

Sometimes it helps to remember that I’m not the only one who is fed up. Entrepreneur Debbie Sterling has launched a startup selling a product she calls “GoldieBlox,” designed to interest girls in engineering. A company press release noted exactly what I’ve been talking about: “Take a walk through a toy store and you can begin to see why; the ‘blue aisle’ is filled with construction toys and chemistry sets, while the ‘pink aisle’ is filled with princesses and dolls.” You know what? I just checked, and GoldieBlox has completely sold out through Christmas. May this be a good start to a successful company! You can view GoldieBlox’s inspiring advertisement below, which allows me to end this post on a slightly more positive note:

December 14, 2013
CTNAHM: Encourage Your Wife---By Telling Her Her Role!
Next Post

December 16, 2013 TTUAC: God Spanks His Children
Recent Comments
0 | Leave a Comment
Browse Our Archives
get the latest from
Nonreligious
Sign up for our newsletter
POPULAR AT PATHEOS Nonreligious
1