Lately, I’ve been thinking about redoing Sally and Bobby’s bedroom. We’ve done some deep cleaning over the summer and have redone some things in the kitchen and living room, and it’s about time I took that energy upstairs. Since the children spend most of their time playing in the living room these days, I wanted to take a good, long look at their bedroom and and see how I could make it more functional and usable.

Sally, as I’ve mentioned, is a science kid. So I went to pinterest and typed in “kids science bedroom.” I was soon inundated with ideas, but the commentary these ideas were posted with began to frustrate me.

Take this one, for example: 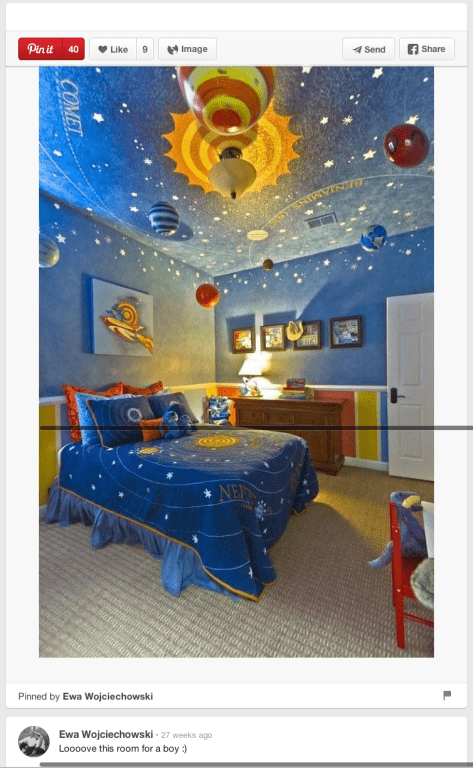 There is actually nothing about this image that says “boy” over “girl” to me. Sally has loved outer space since her trips to the planetarium with us when she was a baby (no really: her eyes were always wide open, staring, taking it all in). Outer space isn’t gendered, believe it or not! Except if you’re Ewa Wojciechowski, that is. 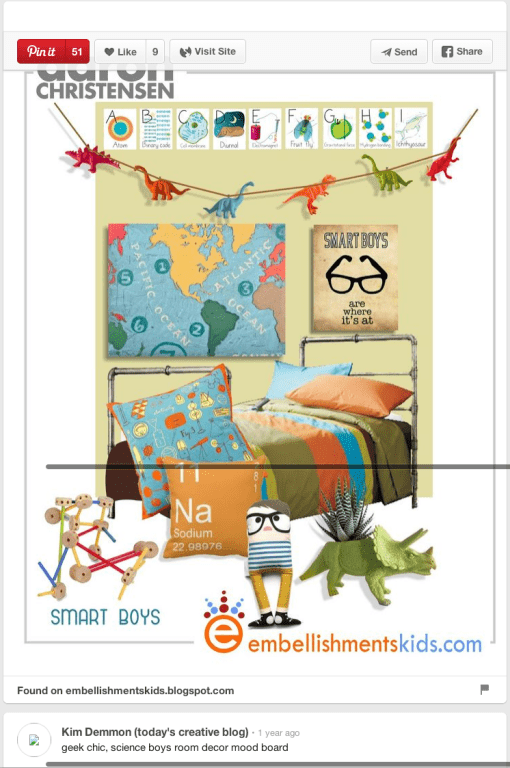 Really? Since when are tinker toys, dinosaurs, the periodic table, and a map of the world “boy” things rather than “girls” things? Sally loves manipulatives, has a whole shelf of dinosaur models, knows what the periodic table is, and loves finding places on our globe. And she’s a girl. 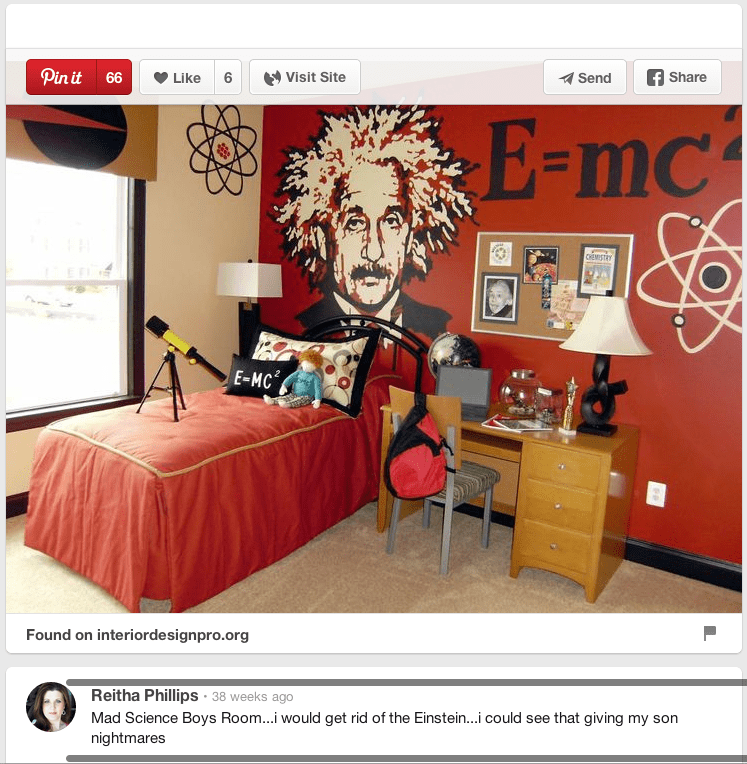 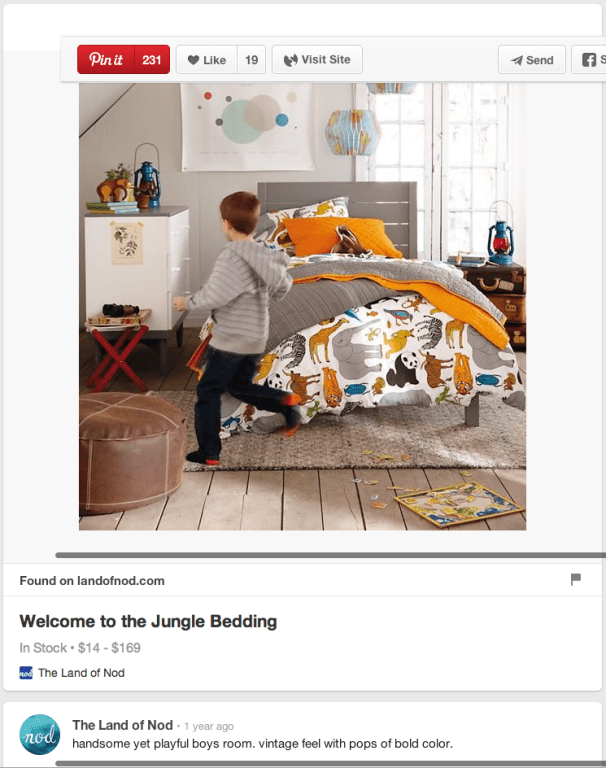 Oh right, because animals and explorer lanterns are totes for boys, not girls.

Because atoms, dissection, and cells are boy things, doncha know.

And then there are ones like this, which don’t say they’re for boys but definitely suggest it with their utter lack of, well, girls: 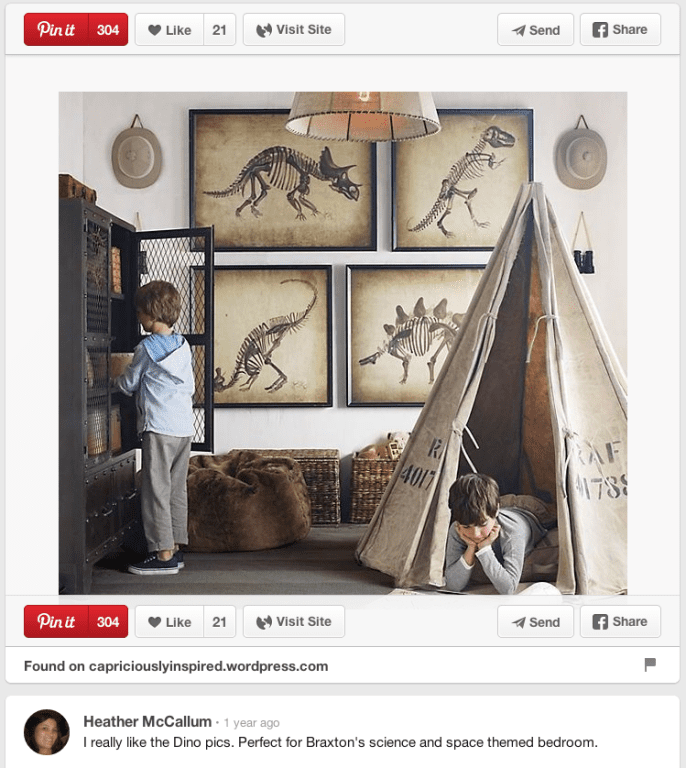 If that were Sally’s room, she would completely freak out.

So yes, I was finding lots of awesome ideas! But why did so many of them have to be labeled “for boys”? Now maybe you’re thinking, sure, there are some science room themes labeled for boys, but what about the science room themes labeled for girls? They’re probably just pink or something, right? Wrong. Look, try plugging these terms into pinterest:

I’m not the only person to notice the difference, either. 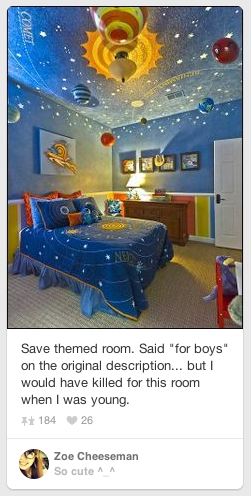 I’m not done using pinterest, I’m just frustrated by how gendered everything science still is, even with all of the efforts to change this. When people balk at the idea that there is still sexism, or that girls are still being pointed away from the maths and sciences while boys are pushed towards them, I want to shake my head and ask what world they’re living in.