A reader just sent me a musical satire called “Estrogen Vibe.” You can listen here:

After the lyrics, I’ll offer some context. If you take issue with this satire, read that context, my previous posts on Harris, the author’s note that goes along with this satire, and my comment policy before commenting.

Ideas all in a rage … Oh no
Debate upon a stage … Oh no
Intellectually engaged … (It’s more of a guy thing)
Are we on the same page? (Here come the Thought Police. Witch hunt! Run, Dick, run.)

Heroic sacrifice … Oh yeah
Raise the kids just ‘cause we’re nice … Yeah, yeah.
And not because of gender bias, patriarchy, domination
No parental leave, unequal pay, and other degradations
(You have a tripwire in your mind. There’s nothing sexist to see here folks. Move along.)

(I believe the ladies like a less angry tone, but I haven’t spent even five minutes thinking about accommodating them. Oh, wait. Did I just say that I believe I write for a male audience, and I know it, and that I don’t give a shit? Hmm. Run that by my mum, would you? Thanks, honey.)

(What? How is that sexist? I respect women more than men. Isn’t reverse chauvinism the opposite of chauvinism? Oh please. I have a wife, a mom, a female employee. Women have served me well my whole life. Trust me, I’m not the sexist pig you’re looking for. Oh, I am?)

(Criticize me and I will label you a feminist detractor and a fan of pointless controversy. Ladies? Ladies why are you leaving? Ladies come back!)

(Oh shit. Have I offended the lesbians?)

First, note that this is satire. Satire involves using humor to make various points, frequently to call out bad ideas, and can be a useful tool. John Stewart of the Daily Show, who is one of my favorite people, regularly uses satire on his show. This particular satire serves not only to call out the sexism in some of Harris’s recent statements but also to position these statements as part of a wider problem. Most of the words used are Harris’s, but some are not, as the satire’s author makes clear in her own discussion, which I will quote below.

In other words, the problem this satire gets at is bigger than Harris.

I’ve read a lot of comments defending Harris, and I think the wider context is often missed. While I have not considered myself part of the organized atheist movement, I have paid close attention to it for years now, and I’ve found the sexism I’ve seen displayed by too many male atheists, both leaders and followers, extremely frustrating. Harris’s words did not occur in a vacuum. In a context where the movement’s leaders have said things like “it’s more of a guy thing” to explain the lack of women in leadership positions in the atheist movement, Harris’s statement that “the atheist variable” is lacking “the estrogen vibe” was just one more slap.

Here are some of the posts I’ve written on the subject over the past week:

Do They Care about the Women, or Just Bashing Religion?

On Sam Harris, Pregnancy, and Sacrifices

I’ve found that a lot of atheists (primarily male atheists) who have objected to criticism of Harris’s remarks do not understand what sexism is. Before arguing that Harris’s remarks (whether in the original interview, his followup post, or his subsequent tweets) are not sexist, please take some time to make sure you understand what people mean when they call something “sexist.” Because our culture is awash in sexism, most people say sexist things from time to time. Stating that that is the case is not an insult. I have made sexist remarks myself. But when someone points out that a remark is sexist, the response should involve reflection, not instantaneous denial.

Similarly, if you find this satire offensive, please take a step back and try to understand the point its author was trying to make in creating it. As she says in her statement below, she is a fan of Harris and his work. Try to consider why she felt the need to use satire as a medium to express how Harris’s recent remarks made her, as a female atheist, feel. None of us are saying that men like Harris are garbage. I myself have read Harris’s work in the past, and while I disagree with him on some points I have appreciated what he has to say on other points.

I believe that Harris, and others who have made similar sexist comments, can do so much better than this. I would like to see them learn more about the structural aspects of sexism in our culture today and the way children (and adults) are socialized into gender roles. This is not a condemnation of these men but rather a call for understanding. I was raised an evangelical Christian. I knew nothing about sexism or the role it plays in society today. All of this I have learned since adulthood. If it wasn’t too late for me, it’s not too late for others either. What is needed is a willingness to listen, ask questions, and take in new information and perspectives.

And if Harris and others think it is too much to ask them to learn more about sexism and how it functions, I’d appreciate it if they would at least stop making uneducated statements on the subject.

The author of the satire explained her motivations as follows:

In a write-up of an interview with Sam Harris, Michelle Boorstein relates Dr. Harris’s answer to the question of why most atheists—including those who buy his books—are male. He replied:

“I think it may have to do with my . . .  being very critical of bad ideas. This can sound very angry to people. . . . People just don’t like to have their ideas criticized. There’s something about that critical posture that is to some degree intrinsically male and more attractive to guys than to women. The atheist variable just has this—it doesn’t obviously have this nurturing, coherence-building extra estrogen vibe that you would want by default if you wanted to attract as many women as men.”

And thus the Estrogen Vibe was born.

Find Sam’s reply to his opponents, whom he labeled “feminist detractors” and “fans of pointless controversy,” here.

Please note that many of the lines in the Estrogen Vibe song are direct quotes (for example, “I have no idea, but I am confident”), but some are not, as Sam Harris was the muse, not necessarily the author. “It’s more of a guy thing,” for example, quotes another public intellectual who, when asked about the skewed sex ratio amongst atheists and skeptics, famously said, “It’s who wants to stand up and talk about it, go on shows about it, go to conferences and speak about it, who’s intellectually active about it, you know, it’s more of a guy thing.”

A huge thank you to Amanda Marcotte for the “Women have served me well my whole life” line. . . .  See her brilliant article here. Thank you to all the people who inspired this piece and a special thanks to the creator of the Estrogen Vibe, Sam Harris himself, of whom I’m truly a great admirer, except when he comes out with crazy shit about guns and stuff. Without Sam Harris this satirical song wouldn’t have been possible.

September 25, 2014
Obedience, Empathy, and the Laundry Hamper
Next Post 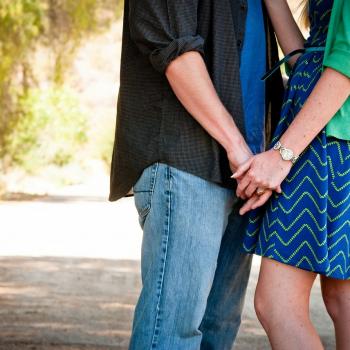 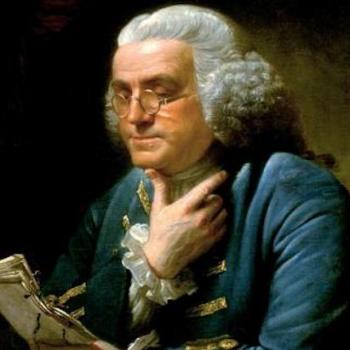