How Not to Teach Children Critical Thinking

I found this series of comments on a post I wrote about atheist parenting a couple of weeks ago very interesting and thought provoking:

Two Pi Man: [I]t’s about allow[ing] other people to make their own choices and respecting their decisions if they make different ones. And for children, yes absolutely it’s about passing on critical thinking skills so they can evaluate philosophies & religions for themselves. Teaching, for example, that “homeopathy is bad” as an article of faith, just leaves them vulnerable to the next dange[r]ous superstition—magnetic bracelets, astrology, or some new thing people will invent in the decades to come.

gexpl: Very well said! I think some people forget that just telling a child “that is nonsense” or “this is bad” is NOT the same thing as actually educating them. And no, just because you might go into a long, detailed lecture about WHY something is wrong does not mean that you educated them either. Kids need to be able to ask questions, to explore, to see the other side in order to truly draw their own conclusions. Parents should not stifle this by insulting and demonizing beliefs that they disagree with or by presenting only one side of an argument.

Kat: THIS. My (religious) parents paid a considerable amount of lip service to teaching critical thinking skills and allowing us to ask questions. However, I quickly learned that any questions suggesting I might see some validity in arguments supporting the “other side” were met with diatribes about why that was wrong and you’d have to be an idiot to believe it.

Basically, they said they wanted us to think critically, but they were convinced that doing so would automatically lead us to their particular brand of Christianity and political conservatism, because everything else was so obviously stupid. Now that I’ve questioned all of that and left most of it behind, they think they failed to raise a critical thinker. I find this baffling and bizarre, and it’s certainly not the sort of thing I have any interest in repeating.

So much yes to all of this.

My conservative evangelical parents led me to be a critical thinker—or so they said. They gave a lot of lip service to the idea of each of us children thinking things through for ourselves, and making our own decision—because, after all, they believed that children have to become Christians rather than being born Christians. That personal decision to follow Christ had to be ours. But even as they talked about teaching us critical thinking, in practice only one decision was allowed, and we were never actually allowed to explore alternatives.

Since we didn’t really have the opportunity to make any other choice, what choice do you think we each made? That’s right, every single one of my siblings—twelve of us in all—chose Christ as children.

My parents believed that preparing us for the world outside of our home and community meant ensuring that we understood both sides of each issue. But what that really meant was giving us caricatured strawmen of the opposing side and explaining why it was wrong. We never actually grappled with the arguments the other side was making, whatever the issue, because we didn’t actually understand what those arguments were. It’s funny, as a child I thought that I was extremely well informed about, say, creation and evolution, or welfare and the social safety net, or what have you. I wasn’t.

One by one, I and each of my siblings have stepped out of our parents’ home and into the wider world. Each of us has been exposed to the counterarguments we thought we knew but didn’t, and each of us has learned what it actually meant to make our own decisions, in an environment with less pressing expectations.

For my parents, teaching critical thinking was more about teaching us why the other side was wrong, and making sure we knew both sides of each issue didn’t include actually understanding the central arguments of our opponents. This may help you better understand some of what I’ve said about how I, as an atheist, plan to raise my own children. For one thing, I’m going to give them tools and let them do their own thinking rather than teaching them that religions are wrong, and here’s why. For another thing, I’m not going to shelter them from hearing religious arguments made by religious believers, straight from them rather than interpreted through me.

Actually teaching my children critical thinking—and actually wanting them to understand both sides on various arguments—has to include some form of letting go, some realization that they might come to different conclusions than I have, and some willingness to accept that.

All of this is to say that it is one thing for a parent to say they are going to teach their children critical thinking and encouraging them to learn about a variety of different ideas, and another thing entirely for them to actually do that. When I hear atheist parents talk about teaching their children critical thinking, I worry that they may unintentionally repeat my parents’ problematic pattern. My parents, after all, talked a good deal about teaching their children to be critical thinkers—it’s just that they had only one possible end point in mind. I would urge other atheist parents not to repeat that mistake.

December 1, 2014
I Will Not Apologize for Growing Up
Next Post 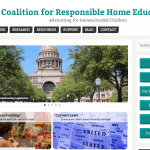