Last summer Ladies Against Feminism posted an article titled “Speak for Yourself: Why Single Feminists Should Not Speak for Married Mothers.” I’ve been ruminating over this article ever since and it’s still bothering me. For one thing, I’m finding it highly ironic that the author of this piece, Marian Shah, is herself not a mother, while I, the feminist in the room, am a mother. For another thing, the author doesn’t seem aware of third wave feminism. And finally, the author’s words do not reflect my experience or the experience of the vast majority of the mothers I know, even as she seems to think she is speaking for mothers.

For starters, Shah has to pull a bit of a bait and switch. After all, Shah wants to portray second wave feminists as single, childless women writing about a subject on which they had no expertise or knowledge, and Betty Friedan rather gets in the way. She solves that problem by arguing that Friedan may have been married and a mother, but she was never a happy as a mother. That, for Shah, somehow makes Friedan unqualified to write about motherhood, but that makes no sense at all. Why would only happy mothers be qualified to write about what motherhood is like, exactly?

Shah states that Friedan et al never conducted a scientific survey of mothers to determine their overall happiness level, but in fact Friedan and her associates spoke with scads of mothers—including friends and others who contacted them through their activism—who felt the same way they did. Shah brushes this aside:

The famous feminist theorists did not do random-sample research and conclude that the majority of married American mothers were miserable. Rather, they assumed it based on their own experiences and those of women at consciousness-raising sessions.

What Shah is missing here is that no one had to prove that the majority of stay-at-home mothers were unhappy in their situation. Merely pointing out that some stay-at-home mothers were unhappy in the home and would like to be able to work or have other outlets would be enough reason to call for ending prohibitions on mothers serving as teachers, or in other professions, and rethinking the social norms that automatically forced mothers out of the workplace.

What we are talking about is choice, not conformity. Friedan and others wanted full-time motherhood to be one option among many rather than the de facto option for married women. And yes, there were some who argued that stay-at-home motherhood was incompatible with full equality, and others who dismissed motherhood itself as oppressive. But frankly, I am really really really tired of anti-feminist writers critiquing stereotypes of second wave feminists (generally by quoting select pieces by specific writers) rather than engaging with (or even acknowledging) third wave feminism. It’s 2016, not 1972.

Third wave feminism is sometimes also called “choice” feminism. Third wave feminists defend motherhood and stay-at-home motherhood as valid options and paths for women to take. Third wave feminists try to cut down on the infighting over specific life choices to support all life choices while working to improve various structures to ensure that women are able to make those choices freely and without coercion. Choice feminism works to support both working mothers and stay-at-home mothers, as well as everything in between. That is where we are at today, and that is what anti-feminists like Shah continually ignore—much to my frustration.

Most of the parenting sites I read, from Aha Parenting to Grounded Parents to Offbeat Families, are feminist in orientation. The idea that there is some sort of rift between motherhood—including happy motherhood—and feminism is just bizarre to me. The idea that feminism and marriage are incompatible is the same. These things are at odds with my reality, where being a feminist and being a wife and mother fit together naturally. And yet, Shah begins her essay as follows:

The more I read non-feminist literature, the more I wonder why in succumbing almost universally to radical feminist ideology, our society has let a group of activist women ruin family life for everyone else by claiming expertise where they have none: in homemaking and child-rearing.

When I read these lines, I am boggled. For one thing, I have many feminist friends who are raising children, and quite a few who are homemakers. For another thing, how exactly have feminists ruined family life? Does equality within the marital relationship mean the end of the family? Not in my experience. Does a mother working outside the home lead to the destruction of the family? Not in the least! But I suspect Shah would disagree, given her comment about “warehousing children in day care.” It is Shah, and not me, who wants to enforce one option—stay-at-home motherhood—on women. I ask only to give women the freedom to make their own decisions.

I have a lot of mother friends, and am in a Facebook group with several hundred other mothers in my local area. There are a lot of topics that come up frequently in conversations with these friends and with those in the Facebook group, including wanting our husbands to do more of their share of the housework and childcare, needing support after a new baby (whether from friends, or in the form of maternity leave), needing affordable daycare, and wanting more flexible work options. These are important feminist issues, and this, perhaps, is why I don’t understand Shah’s insistence that feminism and motherhood at are at odds. They’re not.

The stay-at-home moms I know face challenges of their own—the difficulty of leaving an abusive spouse on whom one is financially dependent, or needing me-time and space to recharge batteries while watching small children 24/7. In the Facebook group I’m a part of, stay-at-home moms frequently post complaining that they can’t find work that would cover the cost of daycare, and are therefore given no option but to stay at home with their children—an option that is driving them up the wall. See, I recognize that every woman is different. Some women enjoy staying at home with their children while others feel suffocated. Many women find ways to compromise, working part time or staying at home for a few years and then returning to work.

Let me finish by addressing one more thing. Shah claims that childless unmarried second wave feminists were unqualified to write about motherhood, but in making this claim she misses one thing—motherhood and womanhood are inextricably tied, at least in our society today and certainly in the 1960s and 1970s. If one is not a mother, one cannot escape being seen as a potential mother, or as a being who ought to become a mother, the sooner the better. And in the 1960s, this was even stronger—women were expected to become mothers and quit their jobs and stay at home and raise their children.

As a feminist and as a mother, I listen to the mothers around me, and I connect with those beyond my social circles and region through social media and wider reading. When I see problems, I call attention to them, asking for more affordable childcare, or better support for stay-at-home mothers leaving abusive spouses. I’m not trying to enforce some sort of conformity on women, and if women like Shah think I am, they may need to look in the mirror. 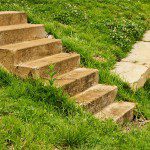 January 11, 2016
10 Revelations in the Lawsuit against Bill Gothard and IBLP
Next Post 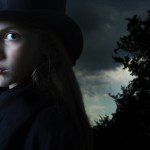 January 13, 2016 Rejecting Witch Hunts and Embracing Criticism
Recent Comments
0 | Leave a Comment
"American democracy looks pretty broken at this point. These are ways to fix it and ..."
Mopsy Pontner This Was Always the Endgame
"On several comment pages -ordinary Trump GOPers are talking about this stuff as if it's ..."
Mopsy Pontner This Was Always the Endgame
"I think we might need to pack the court like Pete Buttigieg said. He was ..."
Katherine A. This Was Always the Endgame
"Yes, Finland has a much, much better educational system and pays its teachers well.The US ..."
Jim Jones Do We Live in a Police ..."
Browse Our Archives
get the latest from
Love, Joy, Feminism
Sign up for our newsletter
POPULAR AT PATHEOS Nonreligious
1