All that changed when I started teaching at the college level, on an evening when I came home from work, slipped off my shoes, collapsed into the recliner and announced to my wife that the best student in my college composition class had been home-schooled.

An 18-year-old only child, who had been educated by her parents for all 12 grades, chose a seat in the front row on the first day of class.

The following 16 weeks, she maintained eye contact throughout lectures and discussions, listened intently to me and her classmates, raised her hand to offer an observation, an answer or to ask a question when no one else would, followed instructions to the letter, communicated verbally and in writing more clearly than everyone else and received the highest grade on every assignment.

She was the first student to arrive, had perfect attendance the entire semester and was a catalyst for every lesson I ventured.

McGrath could be describing me as an undergraduate a decade ago. I, too, had perfect attendance, sat in the front, listened carefully, followed instructions perfectly, raised my hand constantly, and got the highest grades on every assignment. I was every professor’s dream student. I graduated college with a stellar GPA and went on to graduate school at a research university. But you know what? I am not at all okay with the way McGrath is using my story and that of other homeschool graduates like me.

Take a look at this bit, for example:

In the past 15 years, I’ve known of over a dozen home-schooled students in my college freshman and sophomore classes. All were competent in social interaction, and all had already developed their own methods of inquiry for independent learning.

Do you know who McGrath didn’t meet? Homeschool graduates so severely educationally neglected that college was completely out of the question.

According to the Coalition for Responsible Home Education, there are actually a number of reasons to believe that homeschooling depresses college attendance rates—potentially by a lot. The number of homeschooled students who take the SAT and ACT is surprisingly low, and the only extant random-sample study of homeschool graduates found that having been homeschooled decreased the amount of higher education respondents went on to receive. But McGrath wouldn’t have any way to know about the educational wellbeing of those other students, because, as a college instructor, he’s only seeing the ones who attend college.

Let me put it more personally. McGrath didn’t met the kids I grew up with who were not educated, and for whom college was simply not an option. McGrath isn’t meeting educationally neglected homeschooled children because they’re not going to college. In a study published in 2010, researcher Michael Cogan found that the homeschool graduates at the private university he studied had higher GPAs than their public or private school graduate peers, but you know what he left unexamined? The question of why only 1% of the students at that university were homeschool graduates when a full 3.4% of students were homeschooled in 2011. In other words, Cogan was looking at the cream of the crop, and the other students were simply missing.

I’m also wondering how McGrath knows that every homeschooled student he has encountered was a good student. I’m a college instructor too, and you know what? I don’t usually know whether my students were homeschooled, public schooled, or private schooled. That’s because I don’t generally have any reason to ask that. I’ve taught roughly 250 students over the past year and a half, and I’m sure at least some of them were homeschooled, but I wouldn’t know because I’ve never asked. I suspect that McGrath has also met homeschool graduates who were underprepared for college—and I know plenty such individuals personally—but doesn’t realize it because he assumed they weren’t homeschooled because they didn’t meet his stereotype.

I’m also put off by McGrath’s insistence that homeschooled students are automatically independent critical thinkers who love learning and drink up knowledge. Sure, that describes me and others like me, but what about the homeschool graduates I know whose homeschooling consisted of nothing more than being made to fill out worksheets at the kitchen table for years on end? I know situations where homeschooling killed students’ love for learning. McGrath talks about the benefits of receiving one-on-one instruction, but what of homeschooled children who were one of six, eight, or ten children, who clamored for attention but got lost in the mix because there were too many diapers to change and meals to fix? What of them?

Anyway, McGrath goes on as follows:

While my experiences are anecdotal, clinical studies have arrived at similar conclusions, such as the one conducted by Dr. Brian Ray of the National Home Education Research Institute. His study of 11,000 home-schooled students found they scored higher, on average, than public school students on national standardized tests by a whopping 37 percentile points.

McGrath is a college professor. He should know better than to fall for shitty statistics. The study he cites used a volunteer sample of students from highly motivated highly educated non-poor families. To match the effect of homeschooling you need to compare these students with demographically matched peers, not the public school average. The results of studies that use from a more comprehensive data set (see the data covered here) or pair students with demographically matched peers (see Martin-Chang here) look far different from those released by Ray, whose National Home Education Research Institute is for all intents and purposes an arm of the Home School Legal Defense Association.

There’s another point worth noting here. McGrath is an English professor. Why does that matter? Because homeschooling appears to decrease students’ math scores while either having no effect or a modest positive effect on their reading scores. And it’s not just me saying that, either. Allow me to quote from an exhaustive research review published by professors Milton Gaither and Robert Kunzman:

Given this persistent corroboration across two decades we might conclude, tentatively, that there may be at least a modest homeschooling effect on academic achievement—namely that it tends to improve students’ verbal and weaken their math capacities.

In other words, McGrath’s experience would likely have been very different had he been a math professor rather than an English professor. The Coalition for Responsible Home Education draws on a variety of different data sources to outline this discrepancy in their post, The Homeschool Math Gap. In fact, there is research to suggest that having been homeschooled even affects students’ choice of major, making them less likely to major in STEM fields. McGrath probably doesn’t know this, but then, has he ever thought to even ask, or to look into it? It sounds as though he did a quick google search, fell for the first statistic that confirmed his anecdotal experience, and determined that there was no need to research further.

McGrath began his essay talking about his doubts about homeschooling and his concern about there being “little oversight of home-schooled students in half of all states” including his own. He finishes his essay with this statement:

An estimated 1.8 million students are home-schooled in the United States, often for religious reasons, or for insulation from schoolyard problems such as bullying. But the best reason may be that they get a better education. 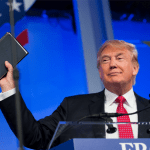 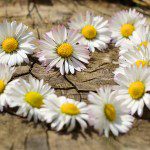