I grew up in an evangelical home and left the Republican Party as a young adult. As I’ve watched this year’s presidential primary play out, I’ve been confused by the amount of support Trump has garnered among evangelicals. I’ve avoided any discussion of politics with my parents this electoral season, but I hear that my still-Republican parents agree with Trump’s positions but find him arrogant, and so are Cruz supporters. This makes sense. Growing up, I remember talk of putting a godly leader in the White House, and Trump very obviously falls short of that standard.

But what of all of the evangelicals who do support Trump?

– Don’t rationalize this. He didn’t win because of Democrats. The man won Evangelicals. The man who — JUST THIS WEEK — praised Planned Parenthood, and who fishes for applause lines by cussing out his competitors and mocking disabled people, and who can’t name a book in the Bible, and who said he doesn’t need forgiveness from God, and who brags about sleeping with married women, and who said he’d love to date his own daughter because she has a hot body, and who supported the murder of fully developed infant children, and who blatantly lies and then lies again about lying, and who has encapsulated literally the exact opposite of anything that could remotely be considered a “Christian value,” won with the indispensable assistance of Christians. The anger I feel towards those Christians in this moment cannot be put into words. They should be ashamed. I will pray for them.

– If Trump wins the nomination, conservatism in this country is officially dead, and the country itself will be close behind it.

– Get on your knees and pray for this country tonight. Right now. I feel we are on the cusp of something terrible. Pray we avoid it.

The comments on Walsh’s post quickly filled up with evangelicals either agreeing with Walsh or condemning his words quite strongly, and it was there that I finally understood why Trump is doing so well in the polls even among evangelicals.

What I came to realize while reading the comments on Walsh’s post is that many evangelicals are less concerned about having a Christian in the White House than they are about having someone there with the ability to get things done. Many also noted that God has a long history of working through non-believers, and that electing evangelical Christians hasn’t aways brought results.

A number of commenters wrote of being disillusioned with electing Christians:

You are forgetting that Republicans – especially evangelicals – have been voting for “Christians” for years. Those same politicians who have run on Christian beliefs and principles have abandoned those very principles during their time in office.

Others wrote of the ways God can use non-believers:

So 1st thing God has used many non believers or non followers to save his people in the bible. 2nd you can’t blackmail him if all his dirt is out in the open. 3rd he’s the only republican in a long time that will fight back. Right or wrong he might be our nominee in Nov and yes I’ll vote for him then the Dems

Some argued that God may have put Trump where he is for just a time as this:

Trump is a wrecking ball, which is why people like him. I’m not out of line saying I would love to see someone with my values in the WH, but since we’ve done a TERRIBLE job at discipling this nation, it’s not likely without a massive, steady assault from progressives on all sides. Perhaps God might use a stealthy “wrecking ball” in office that can wreck enough of our misteps and mistakes and give us a fresh start.

There are a few pastors now talking of Trump possibly being a “Cyrus” for our generation (who did not know the Lord, but was used by Him to bless the Jews in rehabiting Israel). I believe Isaiah 45 and the book of Nehemiah lays some of this out. God may just have it up His sleeve to pull a fast one on all of us. You know, maybe use one of the “foolish things to confound the wise”?

Others noted that Trump is running for president, not minister:

This idea was echoed in many other comments as well:

I am offended by your words. I AM NOT looking for a Pastor in Chief but a Commander In Chief … one that is willing to do what is necessary to get our country back on a financial and safety track … or in his words “MAKE AMERICA GREAT AGAIN” I marched in the first Pro-Life event in Washington DC, I AM a BORN AGAIN CHRISTIAN, went to Bible College to work in children’s ministry and deaf ministry. I am thankful there is a man who is willing to STOP illegal immigration, and send back those who came here illegally. I support someone who has strong business savvy. Seriously, consider what we have had for the past 7 years!!!! When you have someone who is willing to do what is necessary to protect, promote and bring his business experience to straighten things out … I WILL VOTE Donald Trump For President. I believe he will not cave to lobbyist and will do what is right for the AMERICAN PEOPLE!!

Others argued that Trump could be counted on to stand up for Christians:

Maybe it’s finally time to admit we don’t want to vote for a Romney conservative who will lose handily to a progressive liberal anymore. Gone are the days that a stalwart Christian will win the nomination. It’s time to vote for a man who will at least stand up for Christians even if he’s not a hard-nosed evangelical.

This idea, too, was repeated by many commenters:

If Cruz (whom I like, BTW) gets in with his outspoken evangelical positions, the left and the enemies of religious liberty will be solidified and oppose him so strongly that he’ll never get anything done. But with a guy like Trump on believers’ side, they won’t see it coming. Plus, I just think Trump will be better able to get things done and defend Christians. I may be wrong, but it’s a plausible, rational theory.

Some compared Trump to Ronald Reagan:

Everyone thought that Ronald Reagan, “The actor” would never make a good politician & look how popular he became!

Others raised the specter of Jimmy Carter:

Perhaps we should re-elect Jimmy Carter since he was a great Sunday school teacher. Christian values, although very good to have and want in a canidate, simply don’t prepare you for office. Frankly, I don’t care if he cusses or not. If he’ll keep us safe. I’m all in. He’s the only one who isn’t controlled by special interests or lobbyists. #Trump

Many, too, declared that Walsh couldn’t know the state of Trump’s heart, and that no Christian is perfect. Some argued that it was it was un-Christian for Walsh to judge.

This should go without saying, but I find Trump and his opinions utterly despicable. I am not one to make comparisons to Hitler lightly, yet even I find Trump’s rhetoric about immigrants and his vacuous nationalist speeches reminiscent of Germany in the 1930s. My first grade daughter is afraid Trump will deport her hispanic friends at school. I am horrified at what Trump’s popularity and following say about where we are as a nation—and who we are as a nation.

Still, I am no longer confused about why many evangelicals are supporting Trump and not Cruz. The Bible is full of stories where God uses nonbelievers to accomplish his ends, and I can see how, for them, Trump’s boldness might contrast positively with a figure like Cruz. But let me tell you what I can’t understand—how they can support a man like Trump and go on claiming that they are basing their beliefs on the Bible and the Bible alone while liberal or mainline Christians are picking and choosing. It’s almost like they’ve never read what the Bible has to say about immigrants. 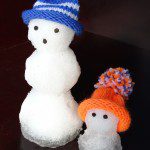 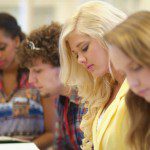