No, Marriage Does Not “Make” People Healthier

No, Marriage Does Not “Make” People Healthier March 17, 2016 Libby Anne

My first grade daughter, Sally, recently asked me to explain the difference between Democrats and Republicans. One of the things I told her was that Republicans want to use public policy to encourage (or coerce) (heterosexual) marriage and believe that everyone would be better off in (first time) married (heterosexual) two-parent families while Democrats tend to embrace a greater variety in family form. I thought of this when I came upon a recent New York Times article, The Ambivalent Marriage Takes a Toll on Health.

Conservatives frequently play fast and loose with causation and correlation when talking up the benefits of marriage, to the extent that some have promoted marriage as a measure for decreasing poverty, failing to understand that married people are on average wealthier than those who have not married because those with more money are more likely to marry, not because marriage makes people wealthy or generates wealth on its own.

There are other areas where this is true as well, such as conservatives touting studies showing that women who have abortions are more likely to die in the next decade than women who give birth as proof that abortion is dangerous when in fact all it shows is that women who are at greater risk of death due to various circumstances or lifestyle choices are more likely to have abortions than those who aren’t, and not that abortion is a causal factor.

Anyway, a recent study took a look at the purported health benefits of marriage, discussed in the New York Times as follows:

Every marriage has highs and lows from time to time, but some relationships are both good and bad on a regular basis. Call it the ambivalent marriage — not always terrible, but not always great, either.

While many couples can no doubt relate to this not bad, but not good, state of affairs, new research shows that ambivalence in a relationship — the feeling that a partner may be unpredictable with his or her support or negativity — can take a quiet toll on the health of an individual.

The findings, published this month by researchers at Brigham Young University, are part of a growing body of research that attempts to parse the so-called marriage benefit, the well-established notion that married people are, over all, far healthier and live longer than the unmarried. But increasingly, researchers are trying to understand the more nuanced effects of marriage on health. To reap the health benefits of marriage, is it enough to just be married? Or how much does the quality of the marriage, such as the level of support, warmth, negativity or controlling behavior, affect the health of seemingly stable couples?

The study compared individuals in “ambivalent” marriages with those in “supportive” marriages and found that those in the ambivalent group had higher blood pressure than their counterparts. The study didn’t look at individuals in bad marriages. While the study only examined married couples in a single city, 85% of whom had been married for a decade or less, the article noted that:

That said, the conclusion that the health benefits of marriage are dependent on the quality of the relationship has been borne out in other research. For instance, a University of Utah study found that a marital fight that lacked warmth or was controlling in tone could be just as predictive of poor heart health as whether the individual smoked or had high cholesterol. Ohio State University researchers found that wounds heal more slowly when couples have hostile arguments compared with couples who manage conflict without hostility. At the University of Virginia, studies showed that when happy couples held hands, the calming effect on the brain was similar to that caused by pain-relieving drugs. But unhappy couples did not show the same benefit.

In other words, simply getting married is not enough to reap you health benefits—and the same is presumedly true for other kinds of benefits. In order to reap the health benefits touted by conservatives and others, you have to be in a happy and supportive marriage.

You know what? I have plenty of friends who aren’t married because they haven’t found someone with whom they can have such a relationship. Pressuring them into marrying a boyfriend with whom things weren’t working out would have been a very bad idea and would have very likely left them worse off than they are now, but this is what conservatives are promoting when they act as though marriage is de facto better for people than being single.

Actually, I also know someone who just left her husband of ten years because the relationship had become toxic. She’s now divorced, and you know what? Her happiness, life satisfaction, and health shot up immediately after she left him. She’s had acquaintances who didn’t know about her divorce comment on her Facebook pictures asking what happened, because it’s transparently obvious that she’s in a very much better place than she was a year ago. She has begun eating more healthily, gotten fit, spruced up her resume, and put herself out there, and it has been beautiful to watch.

Marriage is not better for people than being single. What’s good for people is being surrounded by supportive friends who care about them and are there for them. When marriage means being in a healthy relationship with a supportive life partner, well, that is what the benefits come from, not a piece of paper or a legal status. But just as single people sometimes have a strong network of supportive friends and other times are lonely and feel unsupported by their friends, so too there is variation in marriage—it can mean going through life hand-in-hand with your best friends, and it can mean being stuck with someone who is constantly critical and erodes your self confidence and sense of worth.

From a policy perspective, we need to stop focusing on marriage or not marriage and instead start focusing on promoting healthy relationships with friends, relatives, and life partners and giving people the tools they need to form these relationships. How do we do that? One thing I told my daughter when discussing the difference between Democrats and Republicans was that the two parties differ on their definition of family. You could see this in battles between conservatives and progressives at the White House Conference on Families in 1980, as reported by the Christian Science Monitor:

Besides polarity on issues, there is a big difference even in the groups’ definitions of the family.

The pro-family groups want government approval for their definition of a family as persons related by blood, marriage, or adoption. The more moderate groups recognize a broader definition of families as anybody in a loving and caring relationship, sometimes including unmarried and homosexual couples.

We can promote the development (and importance) of healthy relationships of all stripes in schools and other forums, including community centers and workshops on effective communication. We live in a society where many people move frequently, and where we can sometimes struggle to find a sense of community; we need to look beyond the immediate biological or legal family and foster expanded avenues for support and camaraderie. Whatever we do, we need to stop promoting empty quick fixes that focus on external factors and not people’s internal needs and sense of self. 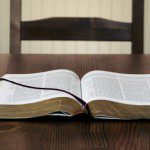 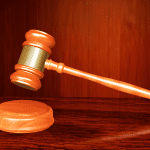 March 18, 2016 Anonymous Tip: The Beginning of the End
Recent Comments
0 | Leave a Comment
Browse Our Archives
get the latest from
Nonreligious
Sign up for our newsletter
POPULAR AT PATHEOS Nonreligious
1