This week Donald Trump came out against the recent spate of anti-trans bathroom bills. Ted Cruz sensed an opportunity, and ran an incredibly offensive ad repeating the lie that allowing trans women to use the women’s bathroom is a threat to women and children. It’s interesting to note, though, who the ad is directed toward.

Donald Trump​ won't take on the PC police. He's one of them. #ChooseCruz: https://t.co/WGomXSg9M8https://t.co/XrHtg72FUR

Here is the text displayed in the video:

Should a grown man pretending to be a woman be allowed to use the women’s restroom? The same restroom used by your daughter? Your wife? Donald Trump thinks so. It’s not appropriate. It’s not safe. It’s PC nonsense that’s destroying America. Donald Trump won’t take on the PC police. He’s one of them.

Put simply, Cruz’s ad isn’t just horribly transphobic, it’s also sexist and patriarchal. It positions women as objects to be defended and protected by their cisgender male owners rather than as people in their own rights. In other words, while the ad ostensibly centers on women’s safety, it is aimed at men. Why? Partly because men are viewed as women’s natural protectors, but also because men’s fears—not women’s—are the ones actually being centered and capitalized on. It’s a discussion that positions threats to women as underlying threats to men because it positions women as men’s property or possession, rather than as independent beings.

Of course, this is nothing new. Throughout American history, white men have appealed to the need to protect white women’s safety to justify horrific human rights abuses, including lynching. Take a look at this quote by African American anti-lynching advocate Ida B. Wells, for example:

Since [January 1, 1892], not less than one hundred and fifty have been known to have met violent death at the hands of the cruel bloodthirsty mobs during the past nine months. To palliate this record . . . and excuse some of the most heinous crimes that ever stained the history of a country, the South is shielding itself behind the plausible screen of defending the honor of its women. This, too, in the face of the fact that only one-third of the 728 victims to mobs have been charged with rape, to say nothing of those of that one-third who were innocent of the charge.

Over time (though certainly not at all quickly enough), a growing number of white women began to reject these arguments and to openly campaign against lynching, speaking out directly against attempts to justify the atrocity in the name of their safety. Read these words of Jessie Daniel Ames, a female white Southern anti-lynching activist in the 1930s and 1940s:

[P]ublic opinion has accepted too easily the claim of lynchers and mobsters that they are acting solely in defense of womanhood. In light of the facts we dare no longer to permit this claim to pass unchallenged, nor allow those bent upon personal revenge and savagery to commit acts of violence and lawlessness in the name of women.

There’s a reason Jacquelyn Dowd Hall titled her book on women’s anti-lynching activism “Revolt against Chivalry.” White women’s safety has been used as an excuse to discriminate against, stereotype, and murder those portrayed as threats, be they African American men a the height of the lynching era or transgender women today.

Now that we’ve covered this context, let me say directly that I am utterly appalled that Cruz is using claims of protecting my safety to throw my trans friends into real and present danger. In making these claims the way he does—aiming them not at women but at the men who possess them—he positions his ad in an appalling historical tradition. Well I’m sorry, but I am no object and my safety is not a political weapon to be wielded against one of the most vulnerable populations in our country today. 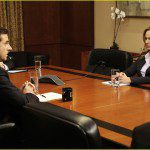 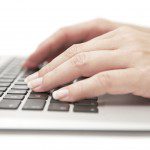