Terrorist Attack, Mass Shooting, or Anti-Gay Hate Crime? How We Talk about Orlando Is Important

Was Orlando an Islamic terrorist attack, or was it an anti-gay hate crime? Since it can obviously be (and arguably is) both, let me rephrase the question slightly: Was Orlando primarily an Islamic terrorist attack, or was it primarily an anti-gay hate crime? I ask because I’m seeing an enormous amount of disagreement on this point, and that disagreement that matters, because it runs along ideological (and party) lines—and because it significantly affects our response to the tragedy.

And he isn’t the only one. Politicians, television personalities, and religious leaders across the country have described the shooting as a terrorist attack, placing the blame squarely on radical Islam and calling for increasing our efforts to fight ISIS. Donald Trump responded to the tragedy by broadening his ban on Muslim immigration to include all individuals from countries linked to terror.

I have a question. Just one wee little question. Has Trump considered that his ban would also bar U.S. entry LGBT people living in the countries on his list, Muslim or not? Probably not, but then I’m not sure he or other Republican politicians are fully aware that the attack on Sunday was an attack on the LGBT community. Instead, they’ve positioned the tragedy as an Islamic terrorist attack and an Islamic terrorist attack alone. The idea that their efforts to curtail LGBT rights might be at all related to what happened on Sunday? Nope.

This leads me to the vigil I attended earlier this week, one of many candlelight vigils across the country held to remember the dead. At that vigil, the attack was positioned not as an act of terror but rather as a hate crime against the LGBT community. The speakers didn’t talk about radical Islam or about curtailing Muslim immigration. Instead, they talked about refusing to let bigotry win, in any form. They talked about coming together, mourning together, and moving forward together. The dance, they said, must not end.

The LGBT community is sadly accustomed to being under threat, generally from the very Republicans currently using this moment as an opportunity to engage in xenophobia against Muslims. From the perspective of the LGBT and allied community, this tragedy is another in a long string of attacks by bigots, by those who cast homosexuality as deviant and transgender people as perverted.

Last June marriage equality became the law of the land. We were overjoyed, but that was not the end of our fight, and since then we’ve been through a lot. We’ve watched as state officials refused to issue marriage licenses, and, more recently, we’ve watched as states have passed laws making bathrooms more dangerous for trans people and as religious leaders and politicians have called trans people child predators. We’ve watched, we’ve hung our heads, and we’ve wept. The battle for LGBT rights and full inclusion, our efforts to create an inclusive and welcoming society—sometimes our goals seem to move only further away.

Every year an estimated 1240 gay and lesbian youth commit suicide. Every year dozens of trans women, often trans women of color, are murdered. Hate crimes against LGBT individuals are sadly common, and many in our community are afraid to hold their loved ones’ hands in public. Every year Republican politicians work to pass legislation curtailing LGBT rights, evangelical religious leaders condemn the “sin” of homosexuality, and conservative parents reject their LGBT children. This is our context. Hearing Republicans ignore this context to make this moment solely about Islamic terrorism has been incredible—and not in a good way.

I understand why they’re doing this. Acknowledging this event as an anti-gay hate crime would force Republicans, evangelicals, others who oppose gay rights to face the damage caused by homophobia—including their own homophobia. There are many ways to kill people. Republicans may not be killing people directly, but they are still taking lives. There are reasons many LGBT individuals put Orlando in the same category with the anti-gay discrimination, bigotry, and hate crimes they live with every day even as many Republicans have put the event squarely in the Islamic terrorism category and that category alone.

Look, I get that Omar Mateen called 911 and declared his allegiance to ISIS. I get that. But we also know that Omar Mateen was homophobic, that he was a member of a homophobic society, and and that he was very likely a member of a homophobic religious community. The phone calls he made that night appear to be his only sign of any connection with ISIS. This wasn’t a long-homed terror plant or a carefully nurtured recruit or an ISIS-planned attack. This was a man who appears to have struggled with strong internalized homophobia (there are reports that he was a regular at the gay bar he targeted and that he used gay dating apps). This was a man who expressed disgust to his father at openly gay men kissing in public and an anti-gay man who targeted a gay bar.

How we categorize and discuss this attack affects our response to it. If we talk about it as an anti-gay hate crime, we position homophobia and anti-gay discrimination in all forms as the problem. If we talk about it as an act of terror, we focus on intelligence, terrorism prevention measures, and sadly more frequently, bans on Muslim immigration. There is also, of course, discussing it as a mass shooting, which positions access to guns, cultural violence, and (often) access to mental healthcare as the problem. This is an event that took place at the intersection of many axes of violence.

The FBI is investigating this incident as both a hate crime and an act of terror. I don’t have a problem with that. I do have a problem watching my gay friends’ relatives tell them that this was just a mass shooting, or just a terrorist attack, and that who the victims were is incidental and irrelevant. Not so. The victims were not chosen at random. They were chosen for a reason, and ignoring that reason does not make their LGBT brothers and sisters any more safe—especially when the very ones ignoring the nature of this crime have made a hobby of opposing the rights of the victims.

What was Orlando? The answer matters. 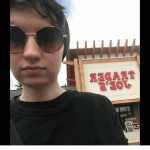 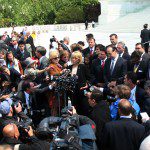 June 17, 2016 Anonymous Tip: A Stampede of Reporters
Recent Comments
0 | Leave a Comment
Browse Our Archives
get the latest from
Love, Joy, Feminism
Sign up for our newsletter
POPULAR AT PATHEOS Nonreligious
1

How Ravi Zacharias Got Away With...
Roll to Disbelieve
Related posts from Love, Joy, Feminism