The White Invisibility of Racial Profiling

I can count on one hand the number of times I’ve been pulled over by police. The first time, it was late and I was tired, driving across the state to a friend’s house. I was weaving slightly, and I think the cop who pulled me over thought I was drunk. When he saw that I wasn’t—and he didn’t even breathalyze me—he let me go, urging me to be more careful. The second time, I didn’t come to a full stop at a stop sign. Again I was only given a warning, a reminder to be more careful. I can’t recall any other times I’ve been pulled over by police, and I’ve been driving for over ten years. And no, I’m not the world’s most cautious driver. I’m pretty normal. I’m also white.

The story is very different for Senator Tim Scott of South Carolina:

Scott revealed that he has been stopped seven times in the course of one year as an elected official. “Was I speeding sometimes? Sure. But the vast majority of the time I was pulled over for driving a new car in the wrong neighborhood or something else just as trivial.”

Scott is one of two current African-American senators, and he’s the only black Republican in the body.

He described several encounters with police, including one where he was stopped because the officer suspected his car was stolen. He described a similar incident that happened to his brother, a command sergeant major in the U.S. Army. And he told the story of a staffer who was “pulled over so many times here in D.C. for absolutely no reason other than driving a nice car.” The staffer eventually traded in his Chrysler for a “more obscure form of transportation” because “he was tired of being targeted.”

I suspect that many white Americans don’t understand why so many African Americans are talking about police issues today because they, as white people, have not experienced it. What is too often missed is that white people don’t experience racially unjust policing because they are white. Add to this the sad reality that most white Americans have only a very small number of black friends, if any. The result is that white Americans know their own reality, but they do not know the radically different reality inhabited by their black neighbors and fellow citizens.

If you’re white and you can’t imagine a world in which you would literally sell your car to get the police to stop pulling you over for no reason whatsoever, that might explain why you don’t understand why so many people are talking about problems with race and policing. Last week I walked home after dark, almost a mile and through an area I’m not very familiar with. A police car crossed the street in front of me, and I felt safer. But, again, I’m white. Black people often don’t have this luxury. Black people run the risk of being stopped because they look suspicious, and lest you think I’m exaggerating here, bear in mind that there are multiple stories of black people being arrested in their own houses because police assume they must be burglars.

I spent half a decade living in a college town not far from a much larger city. In between the two was an even smaller town well known for its white supremacist history and present. We’ll call it Franklin. There are Christian identity churches there, and there is Klan activity there, and there were racially charged murders there back in the 1960s. Do you know what a black college student from the city once told my husband, who was a college instructor at the time? “A black girl knows to drive the speed limit through Franklin,” she said. Because, it seems, cops in Franklin were all too happy to pull African American drivers over for the smallest infraction.

As a child, I was taught to admire Martin Luther King Jr. And yet, I was also taught that present-day racial inequality was the result of problems with “black culture.” To be specific, I was taught that if a black person worked hard and studied hard and was honest and upstanding and morally sound, he or she could get ahead, that the only thing holding black people back was their culture (i.e. laziness, drugs, a victim complex, lack of value for education, government dependence, etc.). I had no idea that neither money nor political success exempts African Americans from either discrimination or racial profiling. (This is without getting into the way “black culture” was portrayed to me.)

For black Americans, the police too often feel like an occupying force—and there are very real reasons for this. Now yes, I get that this shit is complicated. I get that there are good cops out there and I get that police play a very important social role. Amen and amen! I also know that something is very, very broken, and that it’s broken in such a way that it is largely invisible to white people. And that’s a problem.

Take a look at this video. In it, two white cops attempt to arrest the wrong man. They don’t realize they’ve got the wrong man until after they tase him, twice, for staying in his car and asking to see the warrant rather than letting them handcuff him. They proceed to arrest him anyway because, and I am being perfectly serious here, they claim that they asked for his ID four times and that he refused to give it to them, and that the video will back that up, despite the fact that as anyone watching the video knows, they in fact never once asked for his ID. I found this video particularly startling because of the ease with which these cops were willing to lie rather than owning up to their mistake.

Under New York City’s “stop and frisk” policy, which allowed police officers to stop anyone at any time and search them for guns or contraband, only 9-12% of those searched each year were white, despite the fact that roughly 45% of the population is white. Similarly, 53-56% of those stopped were black, despite the fact that only 25% of the population is black. Think about that for a moment.

Remember that I was taught that the problem was black culture? A lot of people believe, based on their overrepresentation in prison, that black people are commit more crimes than other demographics. I once believed that too, until I learned that white people do more drugs than black people, but are significantly less likely to be caught or charged. In fact, white people are more likely to deal drugs than black people. In other words, the overrepresentation of African Americans in the prison system appears to be a product not of higher criminality but rather of a racially biased criminal justice system—the very system so many African Americans are protesting today. Take a look at this analysis:

Racial disparities at every stage of the criminal justice process build upon one another. So, if 1,000 white people and 200 black people (a ratio of 5:1 to reflect the U.S. population) commit the same crime, here is what the eventual prison population could look like:

100 white people and 74 black people might be arrested. It is impossible to determine what percentage of crimes committed result in arrests because there can be no data on un-observed crimes. As noted above, however, it has been found that while black and white Americans smoke marijuana at similar rates, blacks are arrested 3.7 times as frequently for marijuana possession. These numbers were picked to reflect the 3.7:1 ratio of black to white arrests for marijuana possession. 100 is 10% of 1,000 and 74 is 37% of 200, so these numbers would represent an arrest disparity equivalent to that noted in the example above.

50 white people and 48 black people might be convicted. If black people account for 35% of drug arrests and 46% of convictions, this indicates a conviction rate that is approximately 1.3 times higher than it should be based on the black arrest rate. So, if 50% of white arrestees were convicted we would expect to see 65% (.5 x 1.3) of black arrestees convicted: 50 is 50% of 100 and 48 is about 65% of 74. (50% was picked at random; the important factor here is the comparative proportion.)

19 white people and 24 black people might be sentenced to prison. Using the example felony incarceration rates cited above, we might expect to see 38% of the 50 convicted white defendants (19) and 51% of the 48 convicted black defendants (24) incarcerated for their crimes. In this scenario, 12% of black people who commit a crime and less than 2% of white people who commit the same crime might eventually go to prison.

This example demonstrates that there are systemic differences in how blacks and whites are treated by the law. These differences, which are compounded in each successive phase of the criminal justice process, increase the percentage of black people incarcerated for committing a particular crime.

This isn’t just about the high profile police killings of African American men; it’s about a system that disadvantages African Americans in both everyday policing and in every stage of our criminal justice system. And—as I hope I have made clear—these disadvantages are completely invisible to most white Americans. This is why it is so important to listen to stories from our African American fellow citizens. We as white people need to not assume that our (largely positive) experiences with the police are universal.

Let me be clear that the recent killings of police officers are absolutely reprehensible. Violence is not the answer. Maintaining the status quo is not the answer, either. I’ve seen a lot of people, in the wake of the murder of police officers in Dallas and Baton Rouge, suggest that African Americans need to end their antagonistic rhetoric and relationship with the police. It’s not that simple. African Americans cannot choose to stop being pulled over for no reason, to stop being accused of being burglars in their own homes because of the color of their skin, to stop being viewed as suspicious or dangerous simply because they are black. There is a reason so many African Americans feel antagonism toward law enforcement, and it has a lot to do with the fact that law enforcement displays a systemic antagonism toward them.

How do we fix this? I don’t have any easy answers. I don’t think there are any easy answers. All I can do is urge other white Americans such as myself to listen, and to remember that this isn’t just about high profile police killings. It’s also about the fact that Tim Scott was pulled over by police seven times in the last year and while I’ve been pulled over by police two times in the last ten years.

Something is very, very wrong. 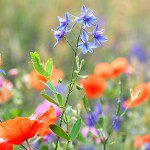 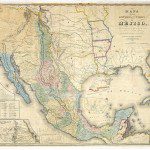