According to the Washington Post, Virginia has amended its marriage law:

Only adults can get married in Virginia, according to a new law replacing policies that made it possible for a girl 13 or younger to marry if she had parental consent and was pregnant.

According to UNICEF, any marriage of an individual under age 18 is classified as a child marriage. That Virginia previously allowed girls as young as 13 to marry is shocking, but most U.S. states allow children of 16 or 17 to marry with parental consent, some earlier still. What prompted Virginia to change its law?

Vogel said she learned about the issue when constituents in an affluent part of her Northern Virginia district sought her help after a man in his 50s was suspected of having sex with a high school student.

As child-protective services began to close in, Vogel said the man wooed the parents and married the girl, eliminating the possibility of prosecution. It was the second time he followed this tactic; the earlier marriage ended in divorce, she said.

It may seem shocking that a man in his fifties could convince the parents of a high school student to let him marry her, but we live in a society where many parents are so conservative in their views on sex that forcing a child to marry the man they find she is having sex with may seem preferable to having her “ruined”—her virginity destroyed and no marriage prospects in sight. It is possible that reporting the man for statutory rape many not even have occurred to the parents, but it if did, a quick marriage may have seemed preferable to scandal.

Oh, but surely this didn’t happen all that often! Right?

Nearly 4,500 children under age 18 were married in Virginia from 2004 to 2013, according to data from the state’s Department of Health. That includes more than 200 children age 15 or younger.

About 90 percent of the underage spouses were girls; in many cases, the girls married men age 21 or older, and sometimes the men were decades older, data show.

From the linked source:

— 13: Number of children under age 15 married to spouses more than 20 years older

It’s true that early marriages like these were once practiced more commonly in our historical past (though they were generally not as common as most people think). But we do not live in our historical past, and today there are severe social and economic consequences for children who enter into these marriages.

When children get married, Smoot said, they are 50 percent less likely to finish high school, four times less likely to go to college and more likely to have children sooner and more closely spaced than people who marry as adults.

Underage brides are also more likely to experience mental and physical problems, Smoot said, and have a divorce rate of as high as 80 percent.

Nevertheless, some lawmakers in Virginia opposed the reform, which “sets the minimum marriage age at 18, or 16 if a child is emancipated by court order” and “takes parents and pregnancy out of the equation.” One lawmaker voiced his opposition as follows:

“Neither a past or current pregnancy of either individual to be married . . . nor the wishes of the parents or legal guardians of the minor” are enough to prove emancipation is necessary, the law says.

That’s troubling to opponents such as Sen. J. Chapman “Chap” Petersen (D-Fairfax), who said it is not for lawmakers to judge the decisions of pregnant teens and their families.

“Maybe I’m old-fashioned,” he said, “but if someone gets pregnant and they want to be married when the child is born, not being able to do that of their own volition without going to court, I thought that was a little bit overly aggressive.”

I have to wonder if individuals like Petersen have any idea what it is like to be sixteen and pregnant in an evangelical or Catholic home in a conservative area. The idea that girls in circumstances like this are free to do anything “of their own volition” is boggling. Children do not have the same rights and freedoms adults have. A pregnant sixteen-year-old does not have the freedom to pick up and leave if her parents are pressuring her into something she does not want to do. A pregnant sixteen-year-old does not have the means or ability to support herself financially. Her ability to make her own choices, free from parental control, is severely limited, and sometimes nonexistent.

We’ve discussed child marriage in this space before, usually in the context of the Christian homeschooling movement. When looking at legislation like Virginia’s, it’s perhaps worth remembering that there are some religious leaders and groups explicitly promoting early marriage as a way to guard against sexual immorality. While most of these marriages likely involve children who are 16 or 17, and not 13, 14, or 15, any marriages that involve children younger than 18 curtail young people’s ability to make their own decisions separate from their parents. These marriages can lock young people in to a specific life trajectory before they are old enough to legally leave home without parental permission.

There are certainly adults who marry at 18 (or other ages) who later regret their decisions, but at least those adults make these decisions in a context where they are legally able to leave, make their own decisions, and start their own lives. Children do not. I am hopeful for a future in which more states reform their marriage laws and give children the support, resources, and education they need to reach adulthood capable of making informed and free decisions. 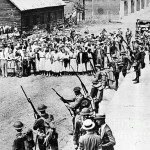 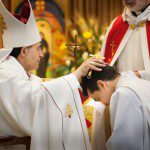 July 6, 2016 Why Is the Catholic Church Lobbying against Statute of Limitations Reform?
Recent Comments
0 | Leave a Comment
Browse Our Archives
get the latest from
Nonreligious
Sign up for our newsletter
POPULAR AT PATHEOS Nonreligious
1