What Would Become of Our Husbands and Sons Under a Trump Presidency?

When confronted with a 2005 tape of Trump bragging about committing sexual assault, Mitt Romney declared that “such vile degradations demean our wives and daughters.” I am tired of talking about wives and daughters. We need to start talking about husbands and sons. Many people have responded to Trump’s comments by claiming that this is how all men talk about women in private. Trump himself said it was standard locker room talk. Who are these husbands and sons, who talk about women as though they were objects or property? Who are these husbands and sons, these sexual predators bragging about their exploits and searching for victims?

I fear for my son under a Trump presidency. As he grows, he will face enough pressure to be “macho” and to talk about women as objects without Trump further normalizing these influences. This election, we need to think of our husbands and sons.

Note: In case you’re wondering, yes, I wrote this post as a parody of the ever-present focus on “our wives and daughters.” As a good friend of mine noted in response to Romney’s comments, “I don’t have a wife or a daughter, but you can talk directly to me.” And so, I wondered, why doesn’t anyone talk about husbands and sons? With this in mind, I started writing. It turns out I actually had a lot to say! 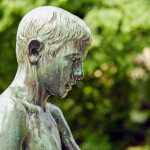 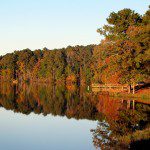