Last spring I dissected an article by Melissa Moschella, a philosophy professor at Catholic University of America. Moschella contended that the Obergefell decision was a threat to parents’ rights. In the piece I looked at, she asked to whom children belong. Moschella argued that Obergefell suggests that children belong to the state, rather than to the parents. I pointed out that there have long been a variety of family forms and that the state by necessity must decide whose guardianship of a child to uphold. In a second article, which I put off analyzing at the time, she creates a defense of parental authority. I want to take some time to look at that second piece now.

If I have a personal relationship with someone, then that particular person will have needs that only I can meet, and vice versa. The obligation is non-transferable precisely because I am uniquely able to meet it. I may have more serious competing obligations that excuse me from fulfilling it, but it nevertheless can’t be fulfilled by anyone else. For example, if a husband promises to take his wife out for a romantic dinner one evening, and an unforeseen emergency arises at work requiring him to stay late, he may be excused from keeping his promise, but no one else can fulfill that obligation in his stead.

I am really confused by this section. I have lots of friends I go to to vent over things that happen or to hash over new political developments, and if one isn’t available I find another. I don’t have one friend who is “uniquely” capable of meeting a need I have. And sure, I can’t have a romantic dinner with a girlfriend in place of my husband (though we’d have a kick-ass non-romantic dinner in a heartbeat), but the transferability spouse-spouse relationship seems uniquely different from that of other relationships in that in Western society we tend to confine romance to that relationship and that relationship only.

Oh boy. Nope. So much nope.

I have friends who foster, including several who are in the process of adopting foster kids. All of this talk about the love of biological parents being irreplaceable is crap. Now yes, many (though not all) adopted children are curious about their biological parents at some point. But that isn’t always about wanting to know whether they were loved—sometimes it’s simple curiosity, in the same way that I did genealogical research in high school because I was curious about my ancestors, not because I needed to know whether my great-great grandmother would have loved me if she’d known me. And not all adopted children do wonder about their biological parents—I have a brother-in-law who was adopted, and I’ve heard him say that he has literally and genuinely no desire to look up his biological parents in any way.

Children need love. They need to know the they are cared for, valued, and wanted. None of that requires having the same DNA, and suggesting it does is incredibly harmful not only to adopted children but also to children whose parents are abusive or neglectful. Not all biological parents make their children feel cared for, valued, or wanted. I wish we could get away from this focus on biology and move toward a focus on care. Yes, the default should be for children to be raised by their biological parents. I’m not suggesting that children be raised collectively or routinely shuffled or some such. But that children are raised by parents who love them and care for them should be more important, ultimately, than biology.

What about adoptive parents? Usually, biological parents cannot fulfill their non-transferable obligation to love their children except by actually raising those children. Sometimes, however, the biological parents reasonably judge that the best way to promote the child’s well-being is to arrange for him or her to be raised by others who are more competent—ideally, in a household that is itself an intact biological family with a married mother and father.

Wait wait wait wait. Why should an adoptive household “ideally” be “an intact biological family with a married mother and father”? I get wanting it to be a stable household. I get wanting there to be at least two adult caregivers, because raising children is hard on a solo parent (though that doesn’t mean we should prevent single people from adopting). I don’t get why it has to involve a man and a woman rather than two men or two women. This is Moschella’s Catholicism showing, and with nothing at all to back it up but dogma.

Some time ago, a friend of mine from undergrad visited my home with his boyfriend. It was delightful getting to know both of them, and I was not at all surprised when they tied the knot last year. As I got to know them, I remember thinking what good dads they’ll make someday, if they choose to have children. They’re the kind of warm, friendly individuals children are naturally attracted to. They’re caring and relatable, and always ready to listen. They have so many characteristics that are important to good parenting. But because they’re both men, Moschella writes them off entirely, without explanation.

In the normal case, the biological relationship—an intimate, permanent, and (for the child) identity-defining personal relationship—is what initially grounds the obligation to love and care for a child (along with the corresponding parental authority). For adoptive parents, obligation (and the corresponding authority) starts with the commitment they make to step in where biological parents can’t, but once they have established an intimate relationship with the child, it is the existence of that relationship—and the child’s ensuing dependency on them—that grounds their obligation to continue parenting, and their authority over their children. While the ideal is for the biological, psychological and moral aspects of parenthood to be unified, adoptive parents are true parents psychologically and morally, and thus more fully parents than those whose parenthood is merely biological.

Moschella here states that while adoptive parents are not biological parents, they are parents psychologically and morally, which makes them “more fully parents than those whose parenthood is merely biological”—meaning biological parents who give their children up for adoption, I assume. But why cut same-sex couples out of this? And how does legalizing same-sex marriage threaten or change any of this? That, remember, was Moschella’s claim in the post in her two-part series.

So parents—biological or adoptive—are those who have the strongest and most direct obligation to care for their children, and this obligation is the basis of their authority over those children. The scope and content of this authority, as against the state’s, remains to be established.

I do not disagree with any of that.

The gestation of a human being is a long process that requires not only bringing the child to a state of relative physical independence, but also to a state of relative moral, psychological, and intellectual independence. And just as a mother’s womb is the ideal place for physical and psychological gestation during the first nine months of life, so the natural family is the ideal place to complete that gestation, extending it morally and intellectually.

Again, there’s a missing piece here—Moschella has offered no reason for why children couldn’t undergo this moral and intellectual gestation with same-sex parents, or for why Obergefell changes any of this.

The family, grounded in conjugal marriage, is a natural authority structure with a natural form (married biological parents and their children) that corresponds to unchanging features of human nature and deep human needs. The state didn’t create that structure, and it’s not from the state that parents get their authority.

I am really curious what Moschella means when she says “natural.” Marriage itself is a structure we have created. Yes, the practice of selecting a mate goes way back, as does the practice of (occasionally) forming new family groups (though what those groups look like has long varied). But formal marriage and inheritance laws and child custody laws—all of these things are in some sense artificial structures we have created.

Where do parents get their authority? From a historical standpoint, it appears that parents get their authority from the community’s willingness to grant them it. At various times and in various cultures (including our own), communities have decided to confiscate the children of unmarried women and have them raised by others. Some communities have chosen to raise children communally, sometimes even barring parents from showing any preference for their own child. In our society today, our community norms are enshrined in law—biological parents are given authority over their children unless they abuse or neglect them, in which case the children are removed.

Ah, but Moschella, already couples are permitted to divorce and already many couples have children outside of marriage, and yet biology is still privileged. When a couple divorces, the court attempts to create some form of joint custody, starting with the assumption that both parents should still have some say in the raising of their children. When a woman has a child out of wedlock, the child’s biological father can ask for custody rights, or be charged child support. I don’t think there’s any danger of our society ceasing to place the responsibilities of parenthood first on a child’s biological parents.

There was a time when a wife would automatically lose all rights to her children if she left her husband. There was a time when women who had children out of wedlock had no rights to those children. Those times are past and gone. We no longer live in a world where marriage and parenting so entertained that one cannot happen without the other. We have not lived in such a world for some time now. And that is why, quite simply, marriage equality is not a threat to parental rights. 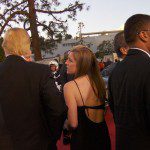 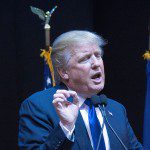 October 13, 2016 WTF Is Even Happening
Recent Comments
0 | Leave a Comment
Browse Our Archives
get the latest from
Nonreligious
Sign up for our newsletter
POPULAR AT PATHEOS Nonreligious
1