Have you seen this article about the women accusing Trump of mistreatment? Have a look at this bit about Trump’s habit of kissing women without their consent:

Taggart, the 21-year-old Miss Utah, was startled by how forward he was with young contestants like her in 1997, his first year as the owner of Miss USA, a branch of the beauty pageant organization. As she recalls it, he introduced himself in an unusually intimate manner.

He kissed me directly on the lips. I thought, “Oh my God, gross.” He was married to Marla Maples at the time. I think there were a few other girls that he kissed on the mouth. I was like “Wow, that’s inappropriate.”

Mr. Trump disputes this, saying he is reluctant to kiss strangers on the lips. But Ms. Taggart said it was not an isolated incident.

At the gala celebration after the show, she said, Mr. Trump immediately zeroed in on her, telling her how much he liked her style and inviting her to visit him in New York to talk about her future. Soon enough, she said, he delivered another unwelcome kiss on her lips, this time in Trump Tower.

And then there’s this bit describing a groping incident:

In the early 1990s, Jill Harth and her boyfriend at the time, George Houraney, worked with Mr. Trump on a beauty pageant in Atlantic City, and later accused Mr. Trump of inappropriate behavior toward Ms. Harth during their business dealings. In a 1996 deposition, Ms. Harth described their initial meeting with Mr. Trump at Trump Tower.

Donald Trump stared at me throughout that meeting. He stared at me even while George was giving his presentation. … In the middle of it he says to George, “Are you sleeping with her?” Meaning me. And George looked a little shocked and he said, “Well, yeah.” And he goes, “Well, for the weekend or what?”

Mr. Houraney said in a recent interview that he was shocked by Mr. Trump’s response after he made clear that he and Ms. Harth were monogamous.

“He said: ‘Well, there’s always a first time. I am going after her,’ ” Mr. Houraney recalled, adding: “I thought the man was joking. I laughed. He said, ‘I am serious.’ ”

By the time the three of them were having dinner at the Oak Room of the Plaza Hotel the next night, Mr. Trump’s advances had turned physical, Ms. Harth said in the deposition.

“Basically he name-dropped throughout that dinner, when he wasn’t groping me under the table,” she testified. “Let me just say, this was a very traumatic thing working for him.”

In the wake of a 2005 tape of Trump boasting about sexually assaulting women—kissing them without their consent and groping their genitals, to be specific—a lot of people predicted that we’d soon see women coming forward with accusations like this. Wait, what’s that? This article was published in May? Oh. Indeed it was.

Do you understand what this means? These women’s accusations have been out there for five months now, but it took Trump admitting on tape that he does these things for the Republicans now jumping the Trump ship to take them seriously. Let that sink in for a moment. Paul Ryan either disbelieved or ignored Taggart and Harth’s accusations that Trump sexually assaulted them, but he immediately listened to and believed Trump when he boasted (on a 2005 tape) that he sexually assaults women.

This is horrific. What kind of world do we live in? Women should be listened to and believed. It shouldn’t take a woman’s abuser admitting that he did what he is accused of for people to care. How messed up is it that our society is so ready to believe perpetrators, but not victims? I mean, just watch this sequence:

Woman 1: “Donald Trump kissed me without my consent.”

Republicans (and most other Americans): “Yeah whatevs.”

Republicans (and most other Americans): “Sit down, I’m watching a show!”

Donald Trump: “Haha, yeah, I kiss women without asking and grope them.”

Republicans (and most other Americans): “Wait, what?!”

Can you see the problem here? Look at who is believed, and who is not!

Yes, women sometimes lie, claiming they’ve been raped or sexually assaulted when they haven’t been, but this is rare. Indeed, women who accuse men who are rich or powerful often face strong negative attention from the public and run the risk of being threatened or otherwise attacked by the men they are accusing. Harth experienced this as recently as earlier this year, when she got a call from Trump’s lawyer after doing an interview with a news agency—and Trump immediately called the agency that had run her interview, lashing back at her and attempting to discredit her story.

Even if we grant that women sometimes have the incentive to falsely accuse powerful men of rape or sexual assault—something I’m skeptical of given the risks these women run—powerful men have just as much (if not more) incentive to deny allegations that are true. And yet, despite this, many believed Trump when he claimed (as he did) that his accusers were lying or had misunderstood his intent. It wasn’t until audio surfaced of Trump boasting about doing the exact things he was accused of that anyone took seriously the allegations already lodged against him by multiple women. 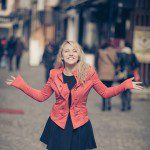 October 12, 2016
No, Happiness Is NOT a Moral Obligation
Next Post 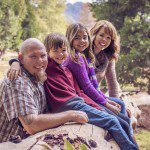