Are Progressives Crying Wolf? Not So Fast.

Are Progressives Crying Wolf? Not So Fast. November 14, 2016 Libby Anne

Back in 2008, when Barack Obama ran for president, evangelicals foretold doom. They argued that Obama would take away Americans’ freedoms, that the law would become “an instrument of oppression,” and that those who resisted would be jailed or put in camps. A widely read letter released by Focus on the Family and written from the future—2012—warned evangelicals of a coming dystopia:

Remember the talk of Obama rounding up all true Americans and imprisoning them in FEMA camps? This sort of extreme fear mongering was common on the Right at the dawn of the Obama era. This has weighed heavily on my mind lately.

Are progressives currently engaging in the same fear mongering that evangelicals and conservatives binged on in previous elections? Are they, too, making extreme predictions of a futuristic dystopia built out of complete fiction? I’ve thought about this and I’ve weighed it in my mind, and the answer I’ve come up with is no. No, they are not. While conservative fears about Obama eroding civil liberties were based on nothing whatsoever, progressive fears of what Trump may do are based on Trump’s actual words and actions. That makes it very different.

Before I get into specific reasons that progressives’ fears about Trump are substantively different from conservatives’ fears about Obama, let me pause to note that there is a great deal of uncertainty right now. Trump is not a typical candidate; it’s hard to get at his actual underlying ideology. Trump is a demagogue who got elected by saying things the people (apparently) wanted to hear. What he will do now is still in many ways a giant question mark. Even the 100 day plan he laid out is partly overly vague (i.e. his replacement for Obamacare) and partly things he either can’t do or surely won’t do (deporting two million undocumented immigrants). It’s hard even now to know what to take seriously and what is still posturing.

I’ve heard from quite a number of people who voted for Trump despite opposing many of his proposals, because, they say, they have never believed he would actually do those things (or even that he could). It was just campaign talk. That is foolishness. Yes, we do not know for certain what Trump will do. Yes, he may go back on a good number of his promises. But, he might not. You should never go into a voting booth counting on a candidate going back on their promises, especially when they control both the House and the Senate. While we don’t know for certain what Trump will do, it is dangerousnot to take an autocrat at his word—to assume he’s just posturing.

I detest hypocrisy. If I felt progressives were engaging in the same political fear mongering I’ve castigated evangelicals for, I would say as much. I’ll tell you why I’m scared. We’ve had Republican administrations before. We know what to expect from them. There are the efforts to put conservative justices on the Supreme Court, in hopes of overturning Roe v. Wade. There are the efforts to deregulate banking and industry, coupled with a lack of care about the environment. There is the cutting of social welfare programs, and the refusal to do anything to undergird LGBT rights. All of this is bad enough, but this time, there’s a new element. An unprecedented element.

This time, something is different.

During the primary, Trump encouraged his supporters to rough up protesters, and lamented the loss of “the good old days” when “they used to treat [protestors] very, very rough” such that when they protested once, they would not do it again so easily.” These are his words. In the days after the election, Trump took to twitter to condemn those protesting him and what he stands for. Yes, these are just words. But have a look at what one of the two men whose names are being floated for Secretary of Homeland Security tweeted last Wednesday evening:

Text: These temper tantrums from these radical anarchists must be quelled. There is no legitimate reason to protest the will of the people.

There is good reason to fear that our right to protest may be in jeopardy under a Trump presidency. This is not fear-mongering. It’s also unlike anything Barack Obama ever said or did. Obama never mocked or derided protestors, and he never encouraged his followers to rough them up. Obama never lamented that protesters aren’t roughed up today like they were “in the good old days.” What Trump is doing, and has done, is fundamentally different—and frightening.

And then there’s the freedom of the press.

During the primary, Trump banned news agencies from his press corps if they wrote too critically about him. He said that libel laws need to be opened up so that he can sue the press for reporting he feels isn’t accurate. This is unprecedented. And lest you think this is just something he did during the campaign, he has already bucked decades of press protocol last week by refusing to give the press access during his first trip to Washington, D.C., after the election. The press can’t report if they don’t have access, and under a President Trump, that access may be contingent on writing stories a particular way. And—once again—this is not something Obama ever did, or ever proposed to do. This is different.

I would be remiss if I didn’t mention that Trump won election by encouraging his supporters to blame their problems on Mexicans, on immigrants, and on Muslims. Obama did not do this. He ran a campaign based on moving forward, on hope, on positive change. Campaigns that focus on making specific racial or religious groups a nation’s scapegoats are dangerous. And yes, if I say the word Hitler I’ll be accused of violating Godwin’s Law, but there are very real and pressing reasons for being afraid of demonizing and scapegoating religious and ethnic minorities.

Mass deportation made it into Trump’s 100 day plan.

Yes, Trump proposes only to remove “the more than 2 million criminal illegal immigrants from the country” rather than all 11 million undocumented immigrants. This is still a problem. According to the Department of Homeland Security, there are an estimated 1.94 million total aliens, both documented and undocumented, who could be legally deported for crimes they have been convicted of (and punished for). Currently, ICE uses some discretion when dealing with immigrants convicted of a crime, on the belief that not every crime justifies ripping a family apart.

Encouraging his followers to rough up protestors, limiting press access, blaming the country’s problems on ethnic or religious scapegoats—these things are substantively different from what we’ve seen before, and they’re scary.

This isn’t about issues. It’s not about policy disagreement.

Talk of “quelling” protests and opening libel laws is dangerous, and it’s something we’ve seen happen in countries like Russia and Turkey. Maybe it won’t get any further than talk. Maybe Trump will start playing by the rules. But we can’t know that, and Trump’s relentless scapegoating of ethnic and religious minorities has already created a spate of threats and violence against these groups across the country.

This is playing with fire.

After Obama was elected, no one targeted groups based on their race or religion. There wasn’t graffiti on evangelical churches. No one painted anti-white slogans in bathroom stalls. No one chanted demeaning slogans at conservative students in high school cafeterias or told them to leave the country. Obama didn’t revoke the press credentials of news agencies he didn’t like, and he never suggested that those upset at his election should be “quelled.” This is different. This is not normal.

On Sunday, senior Trump advisor Kellyanne Conway responded to Harry Reid’s pointed comments about Donald Trump by suggesting that the Senator should be careful about his comments “in a legal sense”—in other words, be careful what you say, Senator, or Trump might sue you.

Tell me again how this is just fear mongering.

It is possible that these fears will not be realized. It is possible that the next four years will be like four years under any other recent Republican president. I very much hope that that is the case. I would much rather watch the Democrats in Congress fight attempts to gut Obamacare than I would watch as our freedom to protest and freedom of the press are dismantled. Don’t get me wrong, there is much at stake here, too. I understand that people may die from lack of healthcare access, that LGBT teen suicide rates may rise, that women may die from lack of abortion access. This, too, is dangerous. But at least our political system would remain intact, with its promise that we can elect new leaders in two years and in four years and fix things.

I don’t know what will happen, but progressives have very real cause for concern. It is not crying wolf to point to statements Trump has actually made. Our country has been around for a long time, and has strong traditions and systems that should help stay attempts to curtail these rights. Still, other countries have had similar, and have fallen prey to powerful autocrats. During these coming four years, we must stand up for our right to gather and protest, for freedom of speech, and for freedom of the press. It is on these things that our democracy is founded—and without them, it will fall. 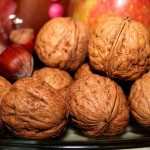 November 14, 2016
Approaching the Holidays with Trump-Supporting Relatives
Next Post 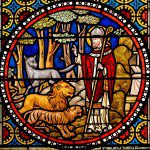 November 15, 2016 The Power of Metaphors
Recent Comments
0 | Leave a Comment
Browse Our Archives
get the latest from
Nonreligious
Sign up for our newsletter
POPULAR AT PATHEOS Nonreligious
1