Megyn Kelly recently interviewed Carl Higbie, a Trump supporter and a spokesman for a pro-Trump PAC. Partway through the interview, Kelly interjected: “You can’t be citing Japanese internment camps for anything the president elect is going to do!” She was clearly horrified at Higbie’s suggestion. It should be shocking that such a comment should have to be made to begin with. And yet, here we are.

The rest of the video isn’t any better.

I transcribed the full interview, in case you’d rather read than watch it. I’d recommend watching it regardless, though, because Megyn Kelly’s reactions speak volumes.

Kelly: When better screening certain Muslim immigrants first came up, one of the big defenders was Carl Higbie. He’s a former Navy Sean and a Trump supporter, and he joins us now. Carl, good to see you.

Higbie: Thanks for having me.

Kelly: So, you heard the mayor’s position, which is, we don’t do that kind of thing, we don’t create registries based on religion.

Kelly: So you think it’s a good idea, and you don’t care that this is some sort of a slippery slope, where Muslims may be lumped into some group where they get put on a registry, and some aggressive law enforcement actor in the future might abuse the list.

Higbie: Absolutely, look, there’s always case for abuse in this thing, but the fundamental problem here is, we have a large faction — look, being part of the Muslim faith is not a bad thing, and there’s plenty, there’s 1.6 billion Muslims out there, most of them are perfectly good people, but the fact is there is a small percentage of people that have chose to align with an extreme ideology within the faith, and they’re doing harm. So we would like to keep tabs on it until we can figure out what’s going on. Trump has said, look, it’s a regional based thing right now, if they’re coming into our country we need to know who they are where they are and what’s going on, because—

Kelly: He’s trying to stop immigration into the country from countries where there are major terrorist issues until we can figure out what is going on, but this seems like something else, which is, if you’re coming over, this is what I’m reading, this is that, again, the Kansas secretary of state Kris Kobach who helped write the immigration laws in Arizona said today that Trump’s policy advisors are drafting, they’re discussing drafting a proposal, to reinstate a registry for immigrants from Muslim countries.

Higbie: To be perfectly honest, it is legal, they say it will hold constitutional muster, I know the ACLU will challenge it, but I think it will pass, and we’ve done it with Iran back a while ago, we did it during WWII with Japanese, which, call it what you will, maybe it was wrong—

Kelly: Come on. You’r not proposing that we go back to the days of internment camps I hope?

Higbie: No, I’m not proposing that at all, Megan. But what I am saying—

Kelly: You know better than to suggest that.

Kelly: That’s the kind of stuff that gets people scared, Carl.

Higbie: Right. But I’m just saying, there is precedent for it, and I’m not saying I agree with it, but in this case I absolutely believe that a regional based—

Kelly: You can’t be citing Japanese internment camps for anything the president elect is going to do!

Higbie: Look, the president needs to protect America first, and if that means having people that are not protected under our Constitution have some sort of registry so we can understand, until we can identify the true threat and where it’s coming from, I support it.

Kelly: You get the protections once you come here. All right, thank you Carl.

Until we can identify the true threat . . . we need to keep tabs on them until we can figure out what’s going on . . . most of them are probably fine, but a small percentage are aligned with an extreme ideology . . . where have I heard these things before? I know precisely where. WWII. Japanese internment. The argument was that while many Japanese were surely loyal to the U.S., some few were not, and those few were dangerous. Better to intern them all until it could be sorted out then to allow them to remain at liberty and risk the threat of individual saboteurs—or so went the reasoning.

The problem with all of this—and something I haven’t seem discussed—is that Korematsu is still good law. It has never been overturned. What is Korematsu, you ask? During WWII the Supreme Court was asked to weigh in on the imprisonment of a Japanese American man who had been born int the U.S. and was therefore a U.S. citizen. Could he lawfully be imprisoned on no charges whatsoever, merely because of his ethnic heritage? Yes, the Court answered. Yes, he could.

Korematsu has never been overturned. It is still good law.

Under current legal precedent, a Trump administration could not only to require non-citizen Muslims to register but actually require all Muslims, including U.S. citizens, to register—or even to be rounded up and imprisoned. This is why Higbie was so interested in citing Japanese internment—it does indeed set a precedent. And that’s a bad thing. It’s a continued shame on our country, not something that should be appealed to to justify new registries or lists.

It’s ironic, in a very sad sense, that putting America “first” would mean abandoning what made it America to begin with. 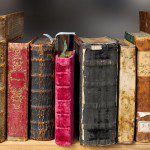 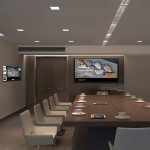