What Obligations Accompany an Abortion Ban?

A state lawmaker in Indiana has plans to propose a total ban on abortion.

Under his proposal, all abortions would be a crime and prosecutors could file charges against those who participate in the procedure.

I assume Nisly’s goal is to work through the courts and eventually force a Supreme Court rehearing of Roe v. Wade. The odds that this attempt would succeed is very low, but these things take time to make it through the courts, and Nisly may be banking on the makeup of the Supreme Court being different by the time his case reaches it.

Let’s pause for a moment, though, because I want to address a specific statement.

“You would treat the death of an unborn child like you would any other human being,” the Goshen Republican said.

If Nisly actually means to treat “the death of an unborn child” the way you would any other death, we’re talking about investigating miscarriages. Years ago, when I was a child, my great-grandmother died during a stay at our home. People were in and out of the house all day, and I distinctly remember that someone—a coroner, maybe?—asked questions and then ruled the death as natural causes, no foul play. My great-grandmother was well over eighty, and her death was related to a condition she had. This is how it works when a person dies—every death has to be investigated to determine whether it is due to natural causes or foul play.

I’ve often said that investigating miscarriages is the natural consequence of banning abortion. I’ve had conservatives deny this, but Nisly’s comment here doesn’t leave much room for maneuvering. Every death must be reported to the authorities. If your grandmother dies and you leave her body in her room, and months go by, you’re going to get in a lot of trouble. Concealing a dead body is a crime. If we “treat the death of an unborn child like you would any other human being” we’re of necessity talking about reporting and investigating miscarriages. Period and full stop.

This all said, let me make a suggestion for Democrats in the Indiana legislature. If this bill is going to pass regardless—and unless Republicans break ranks, it will, because Republicans control every level of Indiana’s government—why not add some amendments? After all, if women are going to be required to bear children they don’t feel they’re prepared to care for, it’s only fair that we give them the means necessary to ensure that they can care for these children, right? I have some proposals.

Universal Medical Care: Pregnant women need medical care, and childbirth isn’t cheap. Children need medical care too. Medicaid covers many low income children and pregnant women below certain income thresholds, but those who don’t qualify may still find themselves in a tight spot. Even health insurance that covers pregnancy and birth may come with copays or sizable deductibles. If lawmakers are going to require women who become pregnant to carry to term, it’s only fair that they cover the expenses. Right?

Paid Maternity Leave: Currently, most employers are required to give women six weeks of medical leave in case of childbirth, but they are not required to pay women during this leave. This places a sizable hardship on new mothers, who must forego the wages they may depend upon. Women who become pregnant unexpectedly will have limited time to prepare for this financial hit. If lawmakers are going to require pregnant women to carry to term, it seems only fair that they help these women cover the lost wages they’ll face as a result of childbirth.

Subsidized Childcare: Childcare is prohibitively expensive. Many women can’t afford childcare and aren’t in a position to give up an income to stay home and care for children, especially if they’re single. Costs don’t stop when children begin school, either—before and after school care adds up, as does care over the summer. If lawmakers are going to require women to have children they don’t feel they can afford, it’s only fair that they take steps to make sure these women can afford to care for the children they’re required to bear.

Reduced Cost College and/or Job Training: Many women choose to limit the number of children they have in order to ensure that they’re able to successfully launch each into the world. College expenses have grown rapidly in the past few decades, and even community college costs can add up quickly. Ensuring that children can afford to access these resources may cut down on the challenges women face racing children they hadn’t intended to have—and it will certainly cut down on the challenges these extra children face upon reaching adulthood.

Of course, there’s no need to get bogged down in the specific points of what these policies would have to look like. Your proposals might differ from mine. Regardless of the details, if lawmakers are going to require women to keep pregnancies they would otherwise terminate, it’s only fair that they take steps to defray the costs of this—both for them and for them and for the children they will now be required bring into the world. Perhaps this is something Indiana Democrats can hold their colleagues too—at the very least, attempts to amend the bill to add these provisions might bring attention to this point. 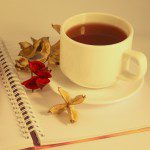 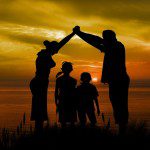