This Is How Evangelicals Defended Hitler in 1935

This Is How Evangelicals Defended Hitler in 1935 December 21, 2016 Libby Anne

Check out this letter to the editor from October, 1935, found on tumblr. It was published in the Moody Monthly, a magazine produced by Moody Bible Institute.

Here is a transcript of the text:

After much prayer to our Saviour, I send you this word. I think you very much for your article in June about our brethren in Germany. God bless you that you give justice to Adolf Hitler, that you do not misjudge him. He tries as best he knows how to help Germany. You know that he was a Roman Catholic and he still knows little about the Bible. But he studies the New Testament, and we who know Christ as God and Saviour who died for our sins on the cross, love him, and we have to pray for him and not to believe everything his enemies speak about him.

I am a German. Two years ago I was on a visit in Germany for three months. All my relatives live in Germany. They are Christians that believe in the shed blood of Christ for our sins. They praise Hitler. They have full freedom to preach Christ crucified for our sins. We believe that Christ will come soon and that He will be merciful to Hitler too. Hitler’s father was a drinker, but Adolf lives with his mother and is a very good son. I am an old woman and pray for the coming of the Lord.

Let’s see. Hitler is trying “as best he knows how” to help Germany, so we shouldn’t judge him too harshly. Hitler “knows little about the Bible” but “studies the New Testament,” so he’s presumably open to the gospel and interested in learning more. And finally, Hitler “is a very good son” who “lives with his mother,” so he must be a good person. (Hitler’s mother died decades before this, which suggests that people also weren’t always as informed about him as they thought.)

It is imperative that we talk about the sorts of arguments and rhetoric used to justify authoritarian leaders who preach hate. In some sense, the leaders themselves are less dangerous than those who defend and justify them. It is those people, after all, who put such leaders in office, keep them there, and blithely justify their actions.

To put it bluntly, we need to understand the ways people make excuses for bigoted autocratic leaders so that we can prevent what happens next. 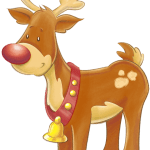 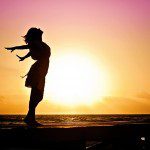