It’s Not About National Security, It’s About Scapegoating

What the everloving fork is this?!

Three days after a white nationalist with an affinity for Trump killed six while shooting up a mosque in Canada, Reuters reports that the Trump administration wants a federal counter-terrorism program to stop focusing on violent white supremacists and any other extremist groups not comprised of Muslims.

The Trump administration wants to revamp and rename a U.S. government program designed to counter all violent ideologies so that it focuses solely on Islamist extremism, five people briefed on the matter told Reuters.

So yes, it really is about Muslims.

Now wait. If the only violent extremism in the U.S. were that related to Islam, it could make sense for a federal counter-terrorism program to focus solely on Islamic terror. They wouldn’t need to change the name of the program (that part is pure grandstanding), but if Islamic extremism were the only domestic terror problem the United States faced, focusing this task force’s resources fully on that one problem would likely make sense.

So—is Islamic terror the only violent extremism problem the U.S. faces? No. No it is not. Not by a long shot. The U.S. also has right-wing terror, anti-government terror, and Christian terror problems—and, yes, there is also left-wing terror. This shouldn’t be surprising—the U.S. actually has a long history of domestic terror, dating back at least to the 1919 anarchist bombings and continuing into the present.

A study published in 2015 found that people in America are seven times as likely to be killed by a right-wing extremist than a Muslim attacker. Recent mass shootings in the U.S. like the murder of nine African American worshippers at the historically black Emanuel A.M.E. Church in Charleston in June 2015 and the murder of three people at a Planned Parenthood clinic in Colorado Springs a few months later were committed by white non-Muslim men and linked to extremist ideologies.

In a survey we conducted with the Police Executive Research Forum last year of 382 law enforcement agencies, 74 percent reported anti-government extremism as one of the top three terrorist threats in their jurisdiction; 39 percent listed extremism connected with Al Qaeda or like-minded terrorist organizations. And only 3 percent identified the threat from Muslim extremists as severe, compared with 7 percent for anti-government and other forms of extremism.

I know what is going on here, because I’ve been around for a while and I listen to things. Some years ago the Department of Homeland Security released a report on the right-wing terror problem in the United States. Conservatives were apoplectic. They were outraged that any federal agency would focus resources on right-wing domestic terror or present it as a serious problem. It was Islamic terror that was the threat, they argued—not the anti-government right-wing.

Why would they argue this? Well, I grew up in a conservative household and went to conservative summer camps and programs, and I saw right-wing anti-government extremists like sovereign citizens held up as heroes. The anti-government sentiment was strong, and those who stood up against government overreach—even if it sometimes meant violence—were held up as ideals to copy. I don’t want to take this too far—I was never explicitly told to go blow up Planned Parenthood clinic or shoot a federal officer who overstepped. It’s more subtle than that.

Consider last year, when ranchers seized and occupied a wildlife refuge to protest federal control over federal lands. Many conservatives rallied in support of the ranchers. I would have had I still retained the conservative beliefs of my youth—U.S. ownership of significant amounts of land in the West was one of the issues I learned about at the anti-government summer camp I attended as a teen. Environmental regulations like those the ranchers were protesting were widely disparaged, and I was told the the wise farmer or rancher follows a “shoot, shovel, and shut up” protocol when dealing with endangered species.

Anti-government extremists make up a not insubstantial portion of the conservative base. Sure, they probably wouldn’t label themselves that, but again—I well remember the rhetoric. It’s not surprising that some of those engaging in this rhetoric would become radicalized and willing to turn to violence in what they see as a principled stance against government tyranny. But admitting this—and accepting that the government must monitor cases where such radicalization occurs—means accepting and grappling with the troubling implications of core conservative talking points, and doing that is hard.

Do you know what is easy? Pointing the finger at radical Islamic terror. Painting “the other” as the threat has always been easier than dealing with threats in our own groups. Given the conservative outcry at the Department of Homeland Security’s report on right-wing extremism several years back, this move today isn’t surprising—it’s a way Trump can please his base on all fronts, feeding their hatred of Islam and fear of Muslims while assuring them that people who look like them and talk like them are always the good guys.

The sad irony is that rumors of the shakeup of the “Countering Violent Extremism” program come on the heals of press secretary Sean Spicer calling the Quebec mosque shooting, which was perpetrated by a white supremacist, “a terrible reminder of why we must remain vigilant and why the president is taking steps to be proactive rather than reactive when it comes to our nation’s safety and security.” The president isn’t doing this at all. Instead, he’s walking back the exact infrastructure created to catch tragedies like this and stop them before they come to fruition. That makes us less safe from incidents like this, not more safe.

This isn’t about improving national security. It’s about scapegoating Muslims. 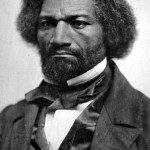 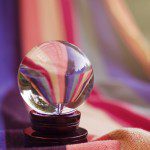