Princess or Scientist: It’s Not an Either/Or

Princess or Scientist: It’s Not an Either/Or March 22, 2017 Libby Anne

This image was recently posted on a Neil DeGrasse Tyson fan Facebook page. It shows a little girl wearing dark sunglasses and an adorable “I’m on it” expression, pointing to her shirt, which sports pictures of planets and the words “Forget Princess I Want to be an Astrophysicist” emblazoned across the top.

I assisted a first grader while volunteering at a book sale at my daughter’s school a few days ago; she wanted a language book with pictures and French words like her friend had found, but I couldn’t find another copy. As I helped her look, the girl announced—as small children will—that she is going to be a scientist when she grew up. I told her that sounded great, and then—as she looked around—she noticed a pink sparkly barbie sticker book. She was instantly excited, and immediately settled on it.

My mind immediately returned to the above image.

And in that moment, I was glad I saw the messaging on my Facebook feed, and not on the walls of my daughter’s school, where it could be read and internalized by children like this one. Yes, girls need to know that they don’t have to like princesses and pink and sparkly and pastel barbie sticker books. But they also need to know that they can like all of those things and still aspire to a career in science.

Don’t get me wrong, I am equally critical of attempts to make science pink and sparkly and stereotypically “girly” to appeal to girls. Science doesn’t have to be anything other than what it is to appeal to girls like this. And honestly? I’ve yet to meet a little girl who wasn’t just as into making slime or goop or baking soda volcanos as any other child. I can see a place for a “science of makeup” kit, but please don’t market all the other kits to boys as though girls won’t also like crime scene investigator kits or glow in the dark volcanic explosion kits. Because they are.

I get that girls are into princesses and pink and sparkles in large part due to social conditioning. However, that doesn’t make these interests not genuine. Telling the first grader I was assisting that she only likes Barbie because she was socially conditioned to like Barbie wouldn’t have changed the reality that she likes Barbie. Besides, princess and Barbie play can be experienced as empowering. Princess marketing today features girls who know what they want, and go out and get it, and then there’s Barbie’s career series, which encourages girls to imagine the possibilities of what they can be. We can work to cut down on gendered marketing without telling girls already interested in princess and Barbies that they’re something wrong with them.

Girls need to know that they can engage in princess play and be excited by pink sparkly Barbie sticker books and still love science and plan a career in a scientific field. In other words, it doesn’t have to be an either/or. It can be a both/and. Marketing designed to express and affirm girls’ interest in the sciences doesn’t need to denigrate princesses (or any other stereotypically “girly” interest), and when it does, it risks communicating to girls that they have to pick one—and that their genuine interest in princesses (or pink Barbie sticker books) means something is wrong with them.

Yes, we need to make sure girls know that they don’t have to be interested in princesses (or pink Barbie sticker books). Not every girl has these interests, and those who aren’t shouldn’t feel there is something wrong with them. But we need to find ways to do this without also communicating that an interest in princesses (or pink Barbie sticker books) is wrong, or mutually exclusive to an interest in the sciences. 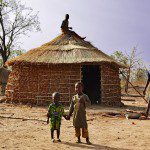 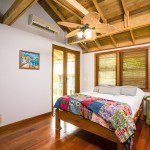 March 23, 2017 Evangelical Editor Sees Persecution at Airbnb
Recent Comments
0 | Leave a Comment
Browse Our Archives
get the latest from
Nonreligious
Sign up for our newsletter
POPULAR AT PATHEOS Nonreligious
1