Voting for Trump with Jesus in the Room

Voting for Trump with Jesus in the Room March 8, 2017 Libby Anne

A drive-in theater in Alabama won’t be showing the new Beauty and the Beast movie because it has a gay character. The owner, Carol Laney, explained thusly:

If I can’t sit through a movie with God or Jesus sitting by me then we have no business showing it.

I grew up in an evangelical home, and I remember hearing this same basic argument made in a variety of situations—for instance, don’t do anything with your boyfriend/girlfriend that you wouldn’t do if Jesus were in the room, or even, when arguing with a sibling, would you be fighting like that if Jesus were sitting between you? I don’t know Laney’s specific political beliefs, but I do know that the vast majority of white evangelical Christians voted for Trump.

So I have a question.

There are other ways to ask this, too.

Could you ban refugees fleeing terror and violence with Jesus in the room?

Could you deprive millions of Americans of healthcare with Jesus in the room?

Could you tear apart immigrant families with Jesus in the room?

Could you end public services for the poor or homeless with Jesus in the room?

And what of nativism? Christianity is ostensibly a global movement, which should work against the sort of nativism frequently in display in calls to tax foreign imports and bar immigration. There’s a strange sort of wedding between Republican politics, jingoistic patriotism, and American evangelicals. Historically there have been strands of evangelicalism that have preferred not to say the pledge of allegiance because “our allegiance is not to a country” but to God.

Evangelicals like Laney were happy to vote for Trump, Jesus or no Jesus. Demonizing immigrants and refugees and calling for an end to the Affordable Care Act (with no viable replacement in sight) was a-okay. But watching a movie with gay characters? Egads! That’s a line too far!

And they wonder why evangelicalism is not attractive to my generation. 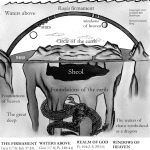 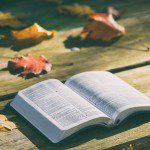 March 9, 2017 Thrown Out to Witness
Recent Comments
0 | Leave a Comment
Browse Our Archives
get the latest from
Nonreligious
Sign up for our newsletter
POPULAR AT PATHEOS Nonreligious
1