No, That’s Not Why Confederate Statues Are Being Removed

No, That’s Not Why Confederate Statues Are Being Removed May 29, 2017 Libby Anne

Once we have “all-together-now-agreed” that statues of Robert E. Lee simply must come down because he-was-a-slaveowner-period-end-of-discussion-you-hater-and-any-moment’s-hesitancy-in-agreeing-with-our-most-righteousy-demands-reveals-a-seething-racism—perhaps you are familiar with this line of argument?—we will almost immediately discover that the very same rationale applies to the Washington Monument and the Jefferson Memorial.

Of course, Wilson being Wilson, he followed this up with his typical fare:

And there you are, looking pretty silly as you try to buy a new refrigerator on President’s Day because the clerk tells you, with a knowing glance, that it is now the Supreme Leader’s Refrigerator Day Sale. Furthermore, he is required by law to report you for the thought-crime of referring to our erstwhile presidents without so much as a hint of condemnation in your voice. No deal on a refrigerator andtime in the slammer. Slammer is perhaps a poor way of putting it. I meant Glorious Sunrise Camp for the Inspiration and Reeducation of the Ideologically Wayward.

Still, troll though Wilson may be, I thought it worth addressing the central argument he makes—that you can’t take down statues of Confederate war heroes without also taking down statues of any figure who owned slaves.

I studied logic out of Wilson’s textbooks. I mean that literally. Wilson has written logic textbooks, and my parents used these textbooks when homeschooling me. I’ve been writing critically about Wilson for half a decade now, but I’ve been increasingly bothered by his inability to use the principles of logic I learned from his materials.

To answer his objection, we need to ask why some communities have taken action to remove statues of Robert E. Lee and other Confederate heroes. The answer is not because they owned slaves. Wilson is correct that if that were the answer, we would need to take down statues of George Washington and Thomas Jefferson as well. He errs, however, in his unsourced claim that the statues slated for removal are being removed simply because the individuals depict owned slaves.

There are two distinctions to be drawn here. First, Lee is best known for leading an armed rebellion against his country in defense of the institution of slavery. There is a difference between slaveowners who played leading roles in the American Revolution, which was not about slavery, and slaveowners who played leading roles in the Civil War, a conflict begun expressly and solely to preserve slavery.

Second, the Confederate statues in question were not erected solely to commemorate individuals who played a significant role in our history, but rather to celebrate, commemorate, and prolong white supremacy. People don’t usually put up statues of Washington to celebrate his keeping of human chattel, but statues of Lee have typically been erected to celebrate his role in attempting to preserve slavery.

To be sure, there are some people who likely want to see all statues of slaveholders removed, and there are things about monuments to slaveholding presidents  that do need to change. The historical homes of individuals like Washington and Jefferson need to address what it means that these individuals owned slaves—and the role chattel slavery played in our nation’s history at its founding. However, cities like New Orleans and Charlottesville are not removing statues of Confederate-era figures simply because they were slaveowners.

Let’s talk about the four Confederate statues recently removed in New Orleans. One was a statue of Lee. Another was a statue of P. G. T. Beauregard, another Confederate general. A third was a statue of Jefferson Davis, president of the Confederacy. The fourth monument was “an obelisk tucked on a back street near the French Quarter that commemorated a Reconstruction Era white supremacist attack on the city’s integrated police force.” What happened there, you ask?

A pitched battle took place in the streets of New Orleans on September 14, 1874. In it, the Democratic-Conservative White League attacked the Republican Metropolitan Police for control of the city and to put an end to Reconstruction in Louisiana.  Although the White League inflicted a stunning defeat on the Metropolitans and forcibly deposed Governor William Pitt Kellogg, its victory proved short-lived. President Ulysses S. Grant ordered the army to reinstate Kellogg three days later. Quickly dubbed “The Battle of Liberty Place” by the White League and its supporters, the clash not only marked a crucial turning point in the balance of power during Reconstruction in Louisiana, it served as a defining moment for a generation of elite, young white men in New Orleans.

What does the monument say? About that…

Text: United States troops took over the state government and reinstated the usurpers but the national election November 1876 recognized white supremacy in the South and gave us our state.

I wrote several weeks ago about a statue of Robert E. Lee that is in the process of being removed in Charlottesville, Virginia. I noted in my piece that there was no reason for Charlottesville to have this statue in the first place—that there was no connection between Lee and Charlottesville. The statue was not erected until the 1920s, and when it was, it was erected as part of a celebration of the Confederacy. In other words, the statue’s creation and installation was not really about Lee to begin with, or even about history. It was about white supremacy—and propaganda.

The four monuments removed from New Orleans last month were erected between 1884 and 1915 as part of this same “Lost Cause” mythology. It’s worth noting that there is some truth on the text on the monument pictured above. In 1876, the presidential election was so close that it was thrown to Congress. Ultimately, politicians in the North agreed to end Reconstruction and withdraw federal troops from the South if their candidate was granted the presidency. In Louisiana, white supremacists promptly rewrote the state’s Constitution, disenfranchising freed blacks.

This isn’t about Lee being a slaveholder. It’s about his role in an armed rebellion to protect the institution of human slavery, and the role erecting statutes of Lee played in commemorating a society built upon white supremacy. But Wilson, the actual author of literal logic textbooks, apparently could not be bothered to take the time to look this up before posting his mockery.

Actually—now might be the time to mention that Doug Wilson once co-authored a book titled Southern Slavery As It Was, in which he wrote that “There has never been a multi-racial society which has existed with such mutual intimacy and harmony in the history of the world.” So. There’s also that. 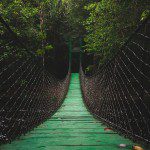 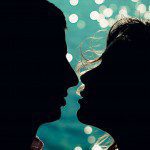 May 30, 2017 Evangelicals Are the Ones Obsessed with Sex
Recent Comments
0 | Leave a Comment
Browse Our Archives
get the latest from
Nonreligious
Sign up for our newsletter
POPULAR AT PATHEOS Nonreligious
1