Perhaps I should explain. This was no ordinary summer camp. It was a camp that combined fundamentalist Christianity with libertarian political views. At the campfire each night we sang songs that made fun of the United Nation. In our daily sessions we learned that social security was an unsustainable Ponzi scheme, that environmental protection regulations were a plot by the UN to turn the world into a dictatorship ultimately led by the Antichrist, and that farmers who encounter endangered species on their land should “shoot, shovel, and shut up” to avoid losing use of their land.

But today, my mind is drawn to the disabled fire detector and the praise the boys in that cabin received for their innovation in rigging up an OSHA violation. And my mind is drawn to something else—the dozens of lives lost in Grenfell Tower, lives that might have been saved had the building had functioning alarm and sprinkler systems.

“With Grenfell Tower, we’ve seen what ‘ripping up red tape’ really looks like,” George Monboit wrote on Thursday in an opinion piece in The Guardian. “Grenfell Tower will forever stand as a rebuke to the right,” Jonathan Freedland declared in the same publication a day later. It seems that in 2014, the U.K. minister of housing declined to require sprinklers because the Tory Government had committed to reduce regulations. “We believe that it is the responsibility of the fire industry, rather than the Government, to market fire sprinkler systems effectively and to encourage their wider installation,” he said.

I grew up in the U.S., not the U.K., but this rhetoric is achingly familiar.

One would think that the Grenfell Tower fire, with its colossal loss of life, would make clear the necessity of basic safety requirements like sprinklers. Not so. On Friday, U.S. libertarian journalist Megan McArdle wrote an opinion piece in Bloomberg. “Perhaps safety rules could have saved some residents,” she wrote. “But at what cost to others’ lives? There’s always a trade-off.” Here is the core of McArdle’s argument:

If it costs more to build buildings, then rents will rise. People will be forced to live in smaller spaces, perhaps farther away. Some of them, in fact, may be forced to commute by automobile, and then die in a car accident. We don’t see those costs in the same way as we see a fire’s victims; we will never know the name of the guy who was killed in a car accident because he had to live far from work because rents rose because regulators required sprinkler systems. …

When it comes to many regulations, it is best to leave such calculations of benefit and cost to the market, rather than the government. People can make their own assessments of the risks, and the price they’re willing to pay to allay them, rather than substituting the judgment of some politician or bureaucrat who will not receive the benefit or pay the cost.

It’s possible that by allowing large residential buildings to operate without sprinkler systems, the British government has prevented untold thousands of people from being driven into homelessness by higher housing costs. … Hold these possibilities in mind before condemning those who chose to spend government resources on other priorities. Regulatory decisions are never without costs, and sometimes their benefits are invisible.

McArdle still believes that sprinkler systems should be optional. But in her insistence that “people can make their own assessments of the risk” she’s ignoring something else—that the residents at Grenfell Tower wanted a sprinkler system. They organized and made demands—demands that, if met, would have saved lives in last week’s fire. They were ignored. This isn’t a case where people happily chose to live in a dangerous building because its rents were lower.

I’m going to hazard a guess that no one wants to live in a firetrap, no matter how low the rents are. We as a society benefit from ensuring a certain minimum standard for our housing. Certainly, we can talk about overregulation. Where I live, I am required by city code to obtain a permit to build so much as a porch. But requiring sprinklers in high-rises is not overregulation, and McArdle’s solution to homelessness appears to be dangerous slums.

Interestingly, experts have noted that if the Grenfell Tower had been built four years earlier, it would likely have collapsed during the blaze, costing only more lives. After a gas explosion caused a high rise to collapse, new building requirements were put in place to ensure that a structure would not collapse in case of fire or a blast. Built several years later, the Grenfell Tower was constructed in accordance with the new regulations, and thus did not collapse.

There are societal benefits to having minimum housing standards. Chicago learned this in 1871, when a single fire spread quickly due to substandard (or nonexistent) fire safety standards, destroying over three square miles of the city and taking 300 lives. A fire in one building can spread to another, meaning that fire safety standards affect whole communities, not individual buildings alone. The same is true of indoor plumbing and disease, which like fire can easily spread.

Making safety standards optional leads to a system where low rent buildings are firetraps—one where only those with the ability to pay can avoid living in dangerous conditions. McArdle acknowledges this when she states that requiring builders to abide by minimum safety standards raises rents and makes people homeless. But while most respond to high rents with various rent reduction proposals, and to homelessness with shelters and transition to housing proposals, McArdle responds to both by suggesting that those who cannot afford to live elsewhere should be forced to live in firetraps.

McArdle frames the issue as one of personal choice. “People can make their own assessments of the risks, and the price they’re willing to pay to allay them,” she writes. This assumes that people have enough money to choose, which she admits (in her reference to homelessness) that they often do not. This admission betrays her insistence on personal choice.

We can both ensure minimum safety standards in building housing and find ways to offset rising rents. We can both ensure that buildings have sprinkler systems and find ways to address homelessness. McArdle suggests that we handle homelessness and high rents by bringing back slums, but we live in a society that has the resources to uphold basic safety standards while ensuring that affordable housing is available for those who need it. We have a social responsibility to do more than wash our hands of the issue and shrug when a high-rise fire claims over six dozen lives.

That camp I attended as a teen still takes place every summer, imparting the same libertarian mission and vision to new groups of children. It pains me to realize this, but it is unlikely that the Grenfell Tower fire will result in any change in what students there are taught. For those who run the camp, as for McArdle, it is government regulation—and not fire, collapse, or disease—that is the enemy.

Perhaps even now, as I write, campers are preparing for cabin inspection by disabling their fire detectors and labeling OSHA violations. 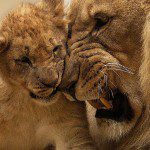 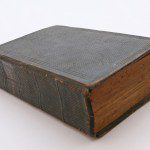 June 20, 2017 Evangelical Pastor Doug Wilson Rips Southern Baptist Convention for Condemning White Supremacy
Recent Comments
0 | Leave a Comment
"Good luck on the fitting!"
Trellia Lesbian Duplex 280: An Open Thread
"Oh, absolutely."
Delta Trump Is Doing Everything He Can ..."
"Is this how creationist geology works? Or is Peretti nonsensical even for evangelicalism?"
Delta Island of Aquarius: Plastic Explosives Bloom ..."
"So, yesterday night, I finally finished writing an Academagia adventure inspired in part by my ..."
Maddog Lesbian Duplex 280: An Open Thread
Browse Our Archives
Follow Us!