Would a Female SBC President Usurp Authority Over Men? This Framing Is Broken.

Would a Female SBC President Usurp Authority Over Men? This Framing Is Broken. June 11, 2018 Libby Anne

In a Christianity Today article published on Friday, prominent Southern Baptist pastor Dwight McKissic called for electing Beth Moore as president of the Southern Baptist Convention. “[I]f ever there were a time for a woman at the helm of the SBC, it’d be now,” he writes. This call rings oddly hollow, however, elevating symbol over substance.

In the past two decades, the Southern Baptist Convention has limited the role of women in dramatic ways, forbidding them to serve as pastors or ever holding “authority” over men. In his article, McKissic does not propose to change this. In fact, his primary concern centers not on giving women access to the ministry but on getting the Southern Baptist Convention out of the spotlight. At issue is eliminating criticism, not rethinking the beliefs that led to the teachings that took Patterson down.

Have a look at this paragraph, for example:

Imagine for a moment with me, what if the person serving as SBC president at this hour was a competent, accomplished, biblically sound, orthodox female who could address the multitude of questions and issues the SBC is facing regarding women? The criticism and skepticism would be less dramatic if the SBC historically had demonstrated confidence and belief in the gifts and value of SBC women serving at all levels of leadership in SBC institutional life within the boundaries of the Bible.

The criticism and skepticism would be less dramatic if…

McKissic frames criticism and skepticism of the Southern Baptist Convention, and not the Convention’s problematic positions and teachings on gender, as the problem. He’s not calling for creating a church and denominational culture that supports women divorcing abusive husbands rather than urging them to stay, or that supports women who are victims of rape rather than blaming them for their own assaults.

Instead, McKissic is calling for finding a symbolic way to end the criticism and skepticism. He wants a quick and easy fix. He wants to put a woman’s face on the top of the brochure, and shut down the questions. Viola! Problem solved! Except … not. McKissic’s article displays a complete lack of understanding of why people are actually upset.

If you think I’m being harsh, have a look at this section of McKissic’s article:

To say this is a critical hour in the life of the SBC is an understatement. The presidency of the SBC is by design weighted more toward symbolism than governing. There is no budget, personnel, office space, and extremely limited authority that are presumptive or inherent in occupying the office of president of the SBC.

Yes, the SBC president appoints the committee on committees that appoints all of the SBC committees, presides over the annual SBC gathering, serves as an ex-officio trustee of all SBC entities, and serves on the committee on order of business. Yes, the SBC president serves as an official representative of the SBC to the public at large and as a representative to other parachurch or denominational gatherings.

McKissic does not get it. He spends his article—ostensibly an article about setting things aright by putting a woman in the top position—assuring his readers that appointing a woman president of the Convention would not mean a woman “usurping authority over a man.” He could hardly be more tone deaf if he were trying.

The SBC is an entity head and trustee-driven governmental system. The SBC president is not an entity head or voting trustee of any of the entities. The president of the executive committee of the SBC, which is a job currently vacant and most recently held by Frank Page, has oversight of a colossal budget and staff and is appointed by the executive committee trustee board.

Curious about McKissic’s position on women in ministry (given his continued insistence that installing a woman as president of the Southern Baptist Convention absolutely did not constitute giving her authority), I did some poking around and found a 2007 article by McKissic on the topic. I also found a 2010 resolution on women in the ministry that he submitted to the Southern Baptist Convention (it was not affirmed).

McKissic writes that “the general rule and practice is that the ministry of teaching/preaching is to be in the hands of men.” However, he also writes that “if a woman gifted of the Holy Spirited with the gift of proclamation or teaching” uses her gift “with the permission of her head (her husband)” and “at the discretion and invitation of the bishop, elder or pastor of a local church” she acts within acceptable biblical limits on her role.

In his article for Christianity Today, McKissic writes about recent cases in which leaders of various Southern Baptist seminaries got in trouble for hiring female professors or for allowing female seminarians to take preaching classes alongside men. McKissic supports the efforts of other leaders who want to open additional ministry-related positions to women (including professorships, preaching classes, etc.).

My intent is not to dissect the ins and outs of conversations and disagreements over gender among leaders of the Southern Baptist Convention. Instead, I want to highlight the reality that even a leader with comparatively liberal views on women in the ministry finds himself in a position where he needs to couch calls for electing a female president of the Southern Baptist Convention with repeated claims that this position holds no authority.

Those in the Southern Baptist Convention want to assure onlookers that they do support women who are abused, and that they do take rape seriously. I very much hope, for the sake of the women in their congregations, that these things are true. However, many of the critics involved in or following the #churchtoo movement contend that the Convention’s view on women in the family—and in the ministry—are interlocked with issues like abuse and rape and cannot be separated.

That, then, is what McKissic does not seem to get—that any defense of the role of women that must couch positions of authority as having no authority in order to open them to women is self-defeating. 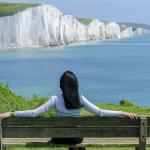 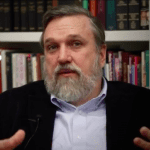