Argentina Almost Legalized Abortion (and Why That Matters Here)

I recently read a very interesting article by Amy Erica Smith, writing on Vox’s Mischiefs of Faction blog on August 9th. As she explained:

On Wednesday night, the Argentine Senate voted 38-31 to reject a bill that would have legalized abortion up to 14 weeks. Before its defeat, the bill had garnered substantial political and social movement support. When the bill passed the Chamber of Deputies (Argentina’s lower house) in June, conservative President Mauricio Macri had committed himself to signing the bill if it passed the Senate, despite his personal opposition to abortion. And in recent days, a self-named “Green Tide” of women bedecked in green scarves have taken to plazas across the country to support legalization.

This latest wave of mobilization has emerged out of a larger social movement called #NiUnaMenos (Not One Less) protesting violence against women. It seems likely that last night’s vote is not the last we will hear of either the women’s movement or abortion legalization in Argentina.

But Argentina is not alone. Similar debates have been occurring in other countries. In the past week, Brazil’s Supreme Federal Court has held hearings on the possibility of decriminalizing abortion, which is presently legal only in exceptional circumstances. Across the Atlantic, Ireland voted in late May to overturn a constitutional amendment that had outlawed abortion. And a year ago this month, Chile’s legislature legalized abortion in limited cases.

Smith argues that while Catholicism has long held sway in Ireland, Argentina, Brazil, and Chile—undergirding these countries’ political bans to abortion—only Ireland has seen a loosening of religious devotion in recent decades. Steps toward legalizing abortion in South America—as unfulfilled as they still are—cannot, she says, be explained by a rise in secularization. How, then, can these measures be explained?

Smith offers two suggestions: First, she posits that new communication technology has facilitated the development of new social movements such as Argentina’s #NiUnaMenos. Second, Smith suggests that a Catholic clergy worried about membership loss may downplay the centrality of abortion to Catholic social issues, lessening the pressure on the people to choose between support for abortion access and their Catholic faith.

I was curious about Smith’s statement that the Catholic church in Ireland had downplayed the importance of abortion, largely sitting out of the referendum there. I found this bit in the New York Times:

The church was, in fact, largely absent from the referendum campaign. Anti-abortion campaigners actively discouraged its participation, preferring to emphasize moral values and human rights rather than religion, possibly to avoid being tarnished by the church-related scandals.

If Catholic clergy are staying quieter on abortion in South America, of course, it would be for somewhat different reasons; while Irish abortion opponents worried that lowered public opinion of the Catholic church due to various scandals would negatively affect the referendum, clergy in South America worry (if Smith is correct) that a greater public acceptance of abortion will make them look bad (and cost them in parish attendance numbers) if they preach assertively agains the practice.

Verónica Giménez Béliveau, a religion sociology professor at the University of Buenos Aires, outlined the situation in that country as follows:

Argentina’s abortion rights debate arose from the recognition that criminalizing an act doesn’t necessarily make it go away.

An estimated 350,000 to 450,000 illegal abortions occur in Argentina each year, and clandestine abortions are among the top causes of maternal death.

Roughly 300 Argentine women die from pregnancy-related reasons annually. Between 50 and 94 of those result from botched illegal abortions.

For nearly a century, the Catholic Church in Argentina has been the main obstacle to public discussion of this taboo subject.

In other words, many (if not most) Argentinians are aware of something that abortion rights activists in the U.S. have been saying for years with little success—that banning abortion does not make it disappear. Argentina has a higher abortion rate than the U.S. does. At the same time, the abortion ban has severe consequences to women’s health.

There are those who believe that if abortion is banned in the U.S., public opinion will change as people see the results of such a ban—as illegal abortions swell and women die, or face other health consequences. I’m not so sanguine, because it seems all too easy to ignore such stories if they’re not happening to you—and I’d rather not have to find out.

A virulent anti-abortion movement has arisen in Argentina – but it’s not necessarily led by the Catholic Church.

Anti-abortion marchers, united under the color blue and motto “Let’s save both lives,” have protested daily nationwide since a massive demonstration on March 25, Argentina’s “Day of the Unborn Child.” They brandish a giant papier-mache fetus as the symbol of their opposition.

While some in the Catholic hierarchy have congratulated the “Catholics who fight for both lives,” Argentina’s evangelical churches have been a stronger force behind the mobilization.

The Church has even shied away from institutionally supporting the anti-abortion movement. It did not even endorse the big March 25 pro-life protest.

The Catholic Church may be moving away from political tinkering on abortion rights—I won’t be throwing confetti any time soon, though—but the evangelical church is doing the opposite, and with gusto. Why?

For one thing, evangelical churches don’t have to worry about the negative public opinion stemming from the scandals surrounding the Catholic Church. But that can’t be the only reason for their eager dash into politics.

Do evangelical churches have more influence in Argentina than in Ireland? Could that help explain the disparity in outcome between the two? Or is that difference explained by different levels of ongoing devotion to a Catholic Church long opposed to abortion, whether or not it has grown more silent in certain theaters in recent years?

The movement for abortion access in Argentina ultimately lost this round—after passing their House, a bill to legalize abortion up to 14 weeks was narrowly defeated in their Senate. But for a country like Argentina, such a narrow defeat is definite progress—and the story is unlikely to end here.

What do these machinations say for the future of abortion rights in the U.S.? That is hard to say. It is enough to say, for now, that abortion rights activist in the U.S. should pay attention to how these battles are playing out in other countries. Who knows—we might learn something. 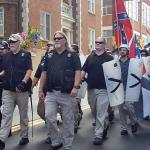 August 27, 2018
It Is Long Past Time for Evangelical Leaders to Condemn Doug Wilson's Views on Slavery and the South
Next Post 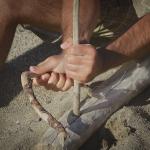 August 29, 2018 Scientists and Creationists Respond to Neanderthal/Denisovan Coupling
Recent Comments
0 | Leave a Comment
Browse Our Archives
get the latest from
Nonreligious
Sign up for our newsletter
POPULAR AT PATHEOS Nonreligious
1