A Categorization of Evangelical Ideas about Gender Roles

Sandra Glahn, a professor at Dallas Theological Seminary, recently categorized Christian ideas about gender into seven different forms. I find that Glahn’s categories falter at a few points, but I do find value in the project of categorization. In this post, I touch on Glahn’s listing and then present my own.

I grew up in a conservative evangelical home. Even as a child I could sense divisions. My family attended an evangelical megachurch that preached male headship in marriage—based on voluntary wifely submission—but tended to approach unmarried adult women as free agents. My parents, through various homeschool materials, had come to believe that unmarried women remain under their father’s authority in a real and substantive way (i.e. this authority was not just symbolic). Our church did not teach this.

My parents once visited a nearby church that was widely known as a “homeschool” church—unlike the more mainstream families who attended our megachurch, the families that attended this church all homeschooled, wore skirts, and had 6+ children. My parents ultimately decided not to attend this church. My mother said that when she walked inside, the very atmosphere felt oppressive toward women.

Where am I going with all of this? Simply this: My parents, the megachurch they attended, and the “homeschool” church they considered all ascribed to beliefs on gender that would generally be described as “complementarion.” Despite this seeming similarity, the beliefs my parents and each of these churches held and promoted differed in real and meaningful ways.

The debate over gender roles in the church is often framed as “complementarion” versus “egalitarian.” And yet, despite this—as my own experience suggests—there is a significant amount of variety within complementation views on gender roles. One complementarion is not the same as another.

One could argue that this is a distinction without a difference—all complementarians, after all, hold that the God has endorsed a gender order that gives men authority over women. But when one young woman is sent off to college and then given full birth to choose her own career, make her own friends, and date while another young woman is kept at home, required to get permission to have a job, and allowed to associate with young men only through parent-guided courtships, the distinction seems important.

With that, let’s look at how Glahn categorizes Christian beliefs about gender roles. Glahn begins by adding a category—“traditionalists”—and then offers a loose definition for complementarianism.

COMPLEMENTARIANS (spectrum of about 4 views)

Women equal before God, but in some form of hierarchy w/ men/ husbands.  Authority = the issue w/ several views on the public ministry of women:

This happens all the time in particularly conservative homeschool literature—the author pays lip service to women being equal to men in God’s eyes, then writes that women simply have different roles than men, and then argues that this is because women are silly (not usually the word used, but that’s the import) and thus more easily deceived. Indeed, many complementrians argue that women need their husband’s protection. And why would women need that if they weren’t in some way inferior to men?

In sum, Glahn starts out with an assumption that complementarianism (the belief that men and women should exist in hierarchy) can coexist with the belief that men and women are fundamentally equal. It cannot. But Glahn takes for granted that it can, and argues that complementarianism is by definition not that horrid anti-woman medieval stuff. “Traditionalism” thus serves as a foil.

Having defined complemetnarianism as the belief that women are equal before God but that some form of hierarchy does or should exist, Glahn outlines four distinct forms of complementarion belief:

4. Husband “headship” only – husband has headship over wife. Would never apply the word “head” to any other human relationship. Note Koine had only one word for “wife” or “woman”—context determines which. Reference to asking “husbands” at home and “saved through childbearing” suggest wives, not woman, in view. Therefore, verses restricting women actually restrict only wives (e.g., “Let the wives keep silent in the churches…ask husbands at home”; “I am not allowing a wife to teach or have autonomous authority over a husband”)

5.    Husband = “head” (not headship) – Would not alter the word “head” to add “ship.” See “head” as part of a metaphor, not a leadership picture. Oneness picture. But still embrace the idea that husband = authority of wife today

There’s a whole lot of breakdown of the word “head” and “headship” going on here, so I feel the need to summarize these categorizes as I understand them:

3. Men over women in the church and in the home.

4. Husbands over wives only.

5. Husbands over wives, but it’s mostly a metaphor.

I take issue with this categorization from the outset, because it does not include beliefs about the authority of fathers over unmarried adult daughters.

It’s possible that Glahn does not include such beliefs because, outside of Christian homeschool communities and fundamentalist churches, the autonomy of unmarried adult daughters is taken for granted. Still, this omission is a serious oversight in what is presented as an all-encompassing categorization.

Glahn then offers this mixed category:

No hierarchy, but believe in voluntary submission of wife. Favor agape/submit language vs. head/submit or speaking only of “mutual submission” in marriage, though they see that too. Not head over wife, but head of wife. Note that LSJ Greek lexicon does not list “authority” as a possible synonym/definition for “head.”

I’m sorry, but no. Voluntary submission of the wife is hierarchy, and it is not egalitarian.

This is also not a distinct category from numbers 4 and 5 above. In today’s world, men are not allowed to force their wives to submit to them; as a result, wifely submission is widely sold as voluntary. Women are told that they must choose to submit, because that is what God has commanded them.

A. Those who argue synonym for “head” should be source/origin,* not authority. OR…

B. Those who don’t try to refute “head” understood as authority, but would view such usage as culturally influenced and not for all time.

Speak only of “mutual submission” as the ideal in marriage. No limits on women in ministry.

I have no issue with this item.

Overall, I like the idea of categorizing these views. I just don’t like some of the decisions Glahn made in creating her categorization schema. So, I’m going to try my hand at my own categorization.

Here is the breakdown as I would outline it:

Even here, it is important to remember that such categorizations are a spectrum. I grew up in a family that primarily practiced option 2, but aspects of option 1—the idea that women were silly or hormonal and couldn’t always be trusted to make their own decisions—were present as well, as were aspects of option 3—in practice, my parents made most family decisions collaboratively, after discussion.

It is also possible for a person to believe one of the above options but practice another. When I asked my husband which category he would put his parents in, he immediately asked whether I was referring to their beliefs or their relationship dynamic. Many individuals would state that they ascribe to option 3, but actually practice option 4 in their day-to-day lives. Others ascribe to option 4 but live option 5, etc.

One last thing—the individuals Glahn references as being “traditionalist” all lived at least 500 years ago. This gives the reader the impression that this view is perhaps defunct. It is not. In my list, option 1 is largely equivalent to Glahn’s “traditionalist” category, and it very much still exists in more fundamentalist churches, as well as in individual (often isolated) families with tyrannical husband/father figures. 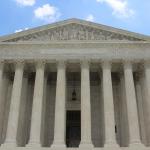 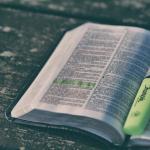