Christianity Today recently published an article by Michael Horton, J. Gresham Machen Professor of Systematic Theology and Apologetics at Westminster Seminary, California. In his article, Horton took issue with Trump’s recent statements that evangelicals are “one election away from losing everything.”

In a Monday meeting with evangelical leaders at the White House, President Trump reportedly warned of violence against conservative Christians if the GOP loses in November. Evangelicals, he said, were “one election away from losing everything.”

As evangelicals, we would do well to correct the president on this point. If an election can cause us to lose everything, what is it exactly that we have in the first place?

Horton argues that evangelicals only lose everything when they cease to preach the true gospel, not when they lose political power. He says evangelicals need to correct the president—as though numerous evangelical leaders weren’t saying the exact same thing.

Anyone who believes, much less preaches, that evangelical Christians are “one election away from losing everything” in November has forgotten how to sing the psalmist’s warning, “Do not put your trust in princes, in human beings, who cannot save” (Ps. 146:3).

The trouble is that conservative media has been trumpeting this message for years—they claimed that Obama’s election would lead to evangelicals being sent to concentration camps, for crap’s sake. Evangelicals have been riding on the outcome of individual elections for decades now, tying their boat to that of what Horton calls “princes.”

If Horton wants to turn this around, he needs to do more than counter one statement by Trump. He needs to admit conservative media’s—and evangelical leaders’—role in convincing evangelical laypeople that their very survival is dependent on elections.

Horton also would do well to question the broader implications of the wedding of evangelicals and Donald Trump. It is not as though this close embrace is new. Trump is only threatening evangelicals with dire consequences if they lose the midterms because evangelicals willingly tied their boat to Trump two years ago, and, arguably, elected him.

There’s another issue in play—Horton is concerned that Americans will come to view evangelicals as more interested in political power than in preaching the gospel.

Something tremendous is at stake here: whether evangelical Christians place their faith more in Caesar and his kingdom than in Christ and his reign. On that one, we do have everything to lose—this November and every other election cycle. When we seek special political favors for the church, we communicate to the masses that Christ’s kingdom is just another demographic in the US electorate.

This concern is a bit late. That ship sailed a long time ago.

Evangelicals have been entangled in politics for decades now—forever warning of horrific consequences if elections do not pan out in the direction of evangelicals’ favored candidates and political party. Evangelicals have ridden on elections for close to half a century.

Don’t get me wrong—I’m glad Horton is warning evangelicals not to listen to Trump’s dire warnings. What he misses is that evangelicals set themselves up for this a long time ago.

Why do so many evangelicals believe in Donald Trump? Because they privilege fear over hope, power over humility, and nostalgia over history.

Eight in ten white evangelicals voted for Donald Trump. For all Horton’s words, evangelicals made a conscious choice to tie their ship to political power. Trump is not the primary one proclaiming doom if Republicans lose the next election. Evangelicals are.

Horton is a bit late in his warnings. 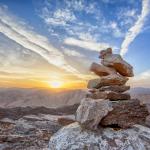 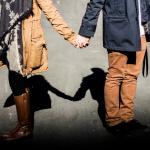