Men Are Wired That Way, and Other Things Conservative Women Believe about Harassment

Men Are Wired That Way, and Other Things Conservative Women Believe about Harassment October 10, 2018 Libby Anne

A recent Harper’s Bazaar article bore the headline “Why Conservative Women Are Ok with Harassment.” My initial reaction was denial, but on reflection, I told my initial reaction to GTFO. There’s something very real going on here.

This week, we learned that women in the GOP seem to think that it’s very common for men to commit sexual assault. In a CNN clip showing various GOP women talking about Kavanaugh, one remarked, “What high school boy didn’t do this?”

In 2016, after Trump was caught on tape laughing about grabbing women by the pussy, in a since-deleted post, Sarah Palin wrote, “Give me a break. Hillary feigns outrage over Trump’s locker room trash talk. It IS trash—however, as a former sports reporter I’ve heard much worse in locker rooms.”

Wright asks why these conservative women’s reaction isn’t rage. If attempted rape and jokes about sexual assault really are so common that you can almost imagine them adding a #yesallmen hashtag, why aren’t they up in arms to change this?

[T]hese women appear to be engaged in a campaign to make the world worse for themselves. It’s deeply counterintuitive. It’s like seeing someone get punched and shouting, “this is fine, because I have experienced harder punches.”

How does Wright explain this response?

[A] lot of women brought up with very traditional values have learned to tolerate a great deal of bad behavior from men. In part, that’s because they’re told to see themselves as existing in relation to men—they’re a wife, or mother, or daughter before they’re simply “a human being worthy of respect.”

If the way you have worth amidst a group is to exist in relation to a man, then one way you can ensure that you are well liked by men is to set your expectations of male behavior so low they’re essentially non-existent. A man commits adultery? No big deal. He brags about sexual assault? That’s fine. Maybe it’s even something you say you’re into, like the woman who defended Trump’s comments about sexual assault by saying, “Okay, No. 1, I think that’d be great. I like getting groped!”

Doing so indicates that men (the really important people in the world) can totally come hang out with you, because you’re fun. You’re a cool girl. Not like those mean feminists.

Sure, that may be a piece of it, but I think there’s a lot more going on here. A lot more.

Most conservatives, including both those who are and are not religious, tend to embrace the idea that men and women are extremely divergent in an underlying biological way, and that their roles in life are different as well.

It may seem odd that this idea is embraced not only by religious conservatives, such as evangelicals, but also by those who are secular. Part of the reason for that may be a knee-jerk response to the connection between feminism and the Left; part may be the conservative embrace of the past, and of maintaining the traditional, and what has been.

What do these divergent gender roles look like? Simply put, men are expected to be aggressive, sexual, and dominating. Women are expected to be demure, attractive, and accommodating. This isn’t to say that women can’t get to the top in conservative circles—they can and they do. But they have a specific femininity playbook they follow while doing so.

Many conservatives see being sexually aggressive as simply part of being masculine. Men are supposed to push. Sure, there are lines they’re still not supposed to cross. Violently raping someone? Nope. But grabbing a woman’s ass? Who can blame the guy? It’s in a man’s DNA to appreciate beautiful women. It’s in a man’s DNA to be assertive and make a move. There are some things that should just be overlooked. Would you ask a crocodile not to have sharp teeth?

It becomes the role of women to navigate around men and their aggressiveness and their assertive sexuality—and many conservative women take pride in their ability to effectively do so, while maintaining their femininity.

Take these comments by Dennis Prager, for instance:

When my wife was a waitress in her midteens, the manager of her restaurant grabbed her breasts and squeezed them on numerous occasions. She told him to buzz off, figured out how to avoid being in places where they were alone and continued going about her job. That’s empowerment.

In a very real sense, Megan Kelly broke the code when she went public with allegations of sexual harassment against Fox News CEO Roger Ailes. When Kelly told a supervisor about it, years before going public, the supervisor told her to protect herself by avoiding being around Ailes. At the time, she says, she thought it was good advice. It was the Dennis Prager response—that’s just how guys are; empowered women navigate around them. And so she did, for a long time.

Men will be men, after all. Women should respond by being women—by staying out of the way of certain men to protect themselves, or by using their “feminine wiles” to manipulate the men around them in order to get what they want. Rather than expecting men to improve their behavior, conservatives frequently expect women to change theirs.

Remember that thing about “feminine whiles”? There’s a belief in conservative circles that women use sex to get ahead—that what may look like sexual harassment by a male boss to feminists may actually be a woman trying to get ahead. Men may be sexually aggressive because they are male, but women, for their part, use their looks and “feminine wiles” to get ahead. Is one really better than the other? In each case, they use their masculinity or femininity to get what they want.

And besides, if you play your cards right, if you’re the “cool girl” all the men like to hang out around, you just might be able to work yourself into a career like that. Look sweet, dress sexy, be accommodating. Lather, rinse, repeat.

Conservative evangelicals are not okay with sexual harassment, in a strict sense. They do, however, accept it as a fact of life. It’s how men are wired. This is a fallen world. The correct response, for women, is to protect yourself—and the men around you. Dress modestly. Don’t go to bars. Marry, and be a homemaker.

The world is a dangerous place for women. Nothing short of converting the unsaved masses will fix that—sexual harassment isn’t something you can educate men out of. Of course, even in a world where all men are believers, women shouldn’t dangle things in front of men, because even Christian men are wired just so. Wink wink. Nudge nudge.

Women who dress like “tramps” and end up raped or groped—what did they expect would happen? They should have stayed in the home. They should have dressed like “virtuous” women. Women in the workplace who get sexually harassed? What were they wearing? Did they put themselves out there? Why weren’t they at home, tending to children?

And, at a deep, fundamental level: Women aren’t supposed to be in the workplace at all. That is the men’s world. Women’s world is the home, the family, the community. Sexual harassment in the workplace may not be a good thing, but it’s to be expected. Men are wired that way, after all. Women need to change their own actions to accommodate.

It’s not just conservative evangelical men who believe these things—it’s women too. Conservative evangelical women are raised to blame themselves when something happens. A man whistles at you on the street? Cue immediate reevaluation of the clothes you’re wearing. Your boss makes a move? You’re not really supposed to be in the workplace anyway. Why are you putting yourself there, in front of him, day after day? Maybe you were too forward? Did you lead him on?

Change your clothes. Change your actions. Quit your job and stay home, where you’re safe. And above all, don’t blame the men. That’s just how they’re wired. It’s your job to say no, to dress modestly, to remove yourself from a situation. 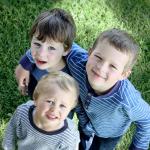 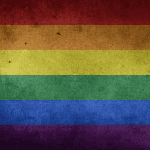 October 11, 2018 Christianity Today: Use Hospitality as a Hook to Catch Your LGBT Neighbors
Recent Comments
0 | Leave a Comment
Browse Our Archives
get the latest from
Love, Joy, Feminism
Sign up for our newsletter
POPULAR AT PATHEOS Nonreligious
1