A poll conducted last week found that 48% of white evangelicals would support Kavanaugh even if he did sexually assault Dr. Christine Blasey Ford thirty-six years ago. How can this be? To understand what is going on here, we need to address evangelical ideas about forgiveness and redemption.

Other bloggers have already addressed the role various aspects of Christian theology have played (and continue to play) in evangelicals’ approach to the allegations against Kavanaugh. Last week, the ever insightful Dianna Anderson wrote that “evangelicals don’t believe in sexual assault.”

While infuriating, Graham’s comments and Kavanaugh’s virginity defense are well in line with the past 60 years of white American Evangelical theological tradition, where sexual ethics are a matter of “lawfully wedded,” rather than a freely given yes or no.

But there is another piece to this puzzle. This piece has a lot to do with the narratives evangelicals weave about individual lives. While sexual activity a woman participated in two years ago can (and will) affect her on the marriage market—where a woman’s sexual inexperience is of tantamount importance—sexual lines a person crossed thirty-six years ago are far more likely to play a moving role in a personal narrative of redemption and forgiveness.

John had a wild youth—hard drinking and partying, prostitutes and drugs—but God confronted him in a dramatic way, and he changed his ways and became an upstanding citizen. Susan was a prostitute, but God found her and shepherded her heart and she turned to him and gave up her old life.

These two stories do diverge. John will probably have little problem finding a good evangelical wife, while Susan will likely remain unmarried; no one will address whether John’s partying involved harming others. Men have a distinct upper hand. A man can party and carouse and later repent of his wildness, and his redemption story is fully and unequivocally accepted. A woman may do the same, but she will remain damaged in a way a man will not.

Before we get too far afield, let me bring this back to Kavanaugh—while I have yet to hear Kavanaugh’s testimony told as such, and while Kavanaugh is Catholic, not evangelical, there seems to be a tacit assumption among evangelicals that Kavanaugh’s life likely conforms to this oft-told evangelical narrative of a wild youth followed by a turn to God. Even if Kavanaugh did sexually assault Dr. Ford, in other words, that was before he was saved, so it doesn’t matter.

Here I need to turn again to another blogger. This past summer, blogger Samantha Field wrote a moving piece titled Redemption for Rapists: A How-To Guide for Predators, Abusers, and Churches.

So if redemption doesn’t look like a pastor who raped a teenage girl, begged her to cover it up for him, and then getting a standing ovation from his church for admitting he’s predator while his victim tries to bring some measure of justice … or a comedian sneaking back onto stage less than a year after admitting that he harassed multiple women and damaged their careers … what does it look like?

Field outlined a three-part process, with a strong emphasis on restitution. Repentance, she wrote, must include approaching those you wronged and asking what you can do to make it right.

The confession can’t be a mere “I’m sorry I hurt you,” it has to come with the realization that you are responsible for all of the destruction your actions led to—emotional, psychological, financial, spiritual, physical.

Field also offers an example of what restitution might look like, drawing on her own experience of abuse at the hands of her fiancé. Field and her fiancé attended Pensacola Christian College (PCC), where, when she tried to report what had happened to her—that he had raped and abused her—everyone believed him, not her. Her abuser is now a pastor.

In my own story, restitution would look like paying for the hotel rooms that have pictures of updated, spotlessly immaculate bathrooms (and that are usually $70 more per night). He’d pay for five years of therapy. He’d quit his job as a pastor and find a career path that makes sure he’ll never have power over women or girls. He’d go back to PCC and tell everyone in the administration that he’s a rapist, I tried to tell them so, they should have listened to me, and that he will not stop fighting for them to change every single one of their policies that continue to retraumatize victims. He would go back to every single one of our college friends and tell them he was the monster and how he tricked them into making my life a living hell because he wanted revenge for not taking him back.

In other words, restitution is more than saying I’m sorry.

Let’s imagine, for a moment, that Kavanaugh was actually sorry for what he did (we’ll assume, based on the available evidence before us, that he did what Dr. Ford accuses him of doing). What would being sorry look like? For one thing, it shouldn’t start now. If he at some point recognized that what he did was wrong and repented of it, his first step should have been going to Ford and apologizing. He should have then done everything he could to make it right.

Let’s imagine, now, that Kavanaugh was blackout drunk and that he genuinely does not remember sexually assaulting Dr. Ford. As soon as she came forward with her allegations, he should have apologized. Why? Because he knows he spent those years drinking, because he knows he treated women as objects, because he knows he did “stupid” things just to impress the guys. Because Dr. Ford’s allegations are in keeping with his greater behavior at the time.

This is not outrageous. The Atlantic’s Deborah Copaken writes that her rapist—who was blackout drunk when he raped her—apologized to her after she wrote him a letter decades after the fact, telling him what he did.

But Kavanaugh has never apologized. He is not now apologizing. How do those evangelicals who say they would support Kavanaugh even if he did sexually assault Dr. Ford square this reality with their redemption narratives?

Each Friday, I post a review of a novel by Michael Farris, an evangelical author best known for his involvement in the religious right. Last week, Farris’ main character told his mentor about something he did wrong—something that was eating him up. When his mentor asked if he has confessed this sin, he said that he had, many times—however, he hadn’t told anyone but his mentor. How can this be? What he meant is that he had confessed his sin to God.

There are likely other pieces to this puzzle as well. While conservative evangelicals give lip service to boys and men, too, having an obligation to remain pure until marriage, the burden of saying “no” falls primarily on girls and women. Why was Dr. Ford at a party where there was underage drinking? Why did she go upstairs in a strange house, alone? She put herself in harm’s way—can a guy be blamed for asking what she was clearly offering? Or so the logic may go.

All of this helps explain that poll’s finding that 48% of white evangelicals would support Kavanaugh even if he did sexually assault Dr. Ford. None of this makes it okay. 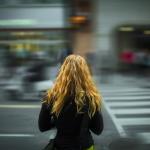 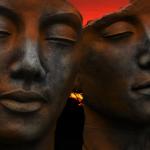 October 3, 2018 Ursula Le Guin and the White Default
Recent Comments
0 | Leave a Comment
Browse Our Archives
get the latest from
Nonreligious
Sign up for our newsletter
POPULAR AT PATHEOS Nonreligious
1