Marie Kondo Has Made Homemakers of Us All

I almost spit out my drink earlier this week when I read a headline on fundamentalist homemaker Lori Alexander’s blog: No One Wants to Take Care of the Home, she titled  it. Has she even seen Pinterest? (No really—that was my immediate reaction.)

Do you know how many parents I follow on facebook who post pictures of things they’ve done to their kids’ rooms? Special shelves, themed beds, new organizational systems. It’s at birthday parties that parents go the most all out, though—with themes and decorations and elaborate planning. And Pinterest feeds it all.

Need to reorganize your craft room (or craft closet)? Pinterest! There are all the ideas! Discontent with your current kitchen setup? Pinterest has new organizational ideas! Have a problem with your shoe storage? Pinterest! You can fix it!

Consider Marie Kondo’s “tidying up,” which has taken the internet (and my friend networks) by storm. This, too, is largely marketed toward women. Organize your rooms just so. Take charge of your homes. Make them spark joy.

What does Lori Alexander offer as evidence of her claim?

Take this example of what has been spread around Facebook:

Brian is right, most men who work 40 hour weeks don’t want to come home to a microwaved meal and fruit punch night after night. But the reaction he received from women is expected – outrage! Jessica shared the feminists’ reaction loudly and clearly. Since she works 40+ hours a week, she doesn’t want to come home and do housework. If she was a full-time keeper at home as God has commanded women to be, she would have plenty of time during the day to sweep, mop, dust, vacuum, wash and fold laundry, scrub tubs, toilets, cook a pot roast with sides, and have time to clean the kitchen.

Look, I’m pretty sure that essentially no one likes sweeping, mopping, dusting, vacuuming, washing and folding laundry, scrubbing tubs, toilets, and cleaning the kitchen. Some people like cooking, but that other stuff? It’s stuff that has to be redone over and over and over again, no matter how well you do it. It’s basic drudge cleaning.

The Proverbs 31 woman had servants. She did not scrub her own toilets. The Bible does not say “women, scrub your family’s toilets.” Sure, someone has to scrub their toilets, and unless you have a lot of money that’s going to be you or someone else in your family. But I think we can all be forgiven for not wanting to be the one to do it.

Lori’s contention that “no one wants to take care of the home” is only true if we ignore Pinterest and ignore Marie Kondo and focus very narrowly on whether women want to scrub toilets—something I suspect effectively no one wants to do. (Marie Kondo followers also aren’t exclusively women, of course—it shouldn’t be surprising that there are men, too, who like having homes that they feel good in.)

But Lori ignores all of this.

This is what happens when you decide your conclusions before you even start gathering evidence. For Lori Alexander, a single meme about how annoying it is to have to clean the kitchen and scrub toilets (especially without help) becomes reason to conclude that “no one wants to take care of the home,” all other evidence to the contrary be damned.

One last note: I do not hate Pinterest and I really like a lot of what Marie Kondo has to say. I use the term “hyper competitive” to describe my experience in this day and age, but that doesn’t mean I don’t do more than my fair share to sustain it. I like having a home that functions well and looks nice! And yes, I also have a job.

I have no idea how Lori Alexander would categorize me, because I don’t fit in her framework. 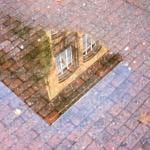 January 23, 2019
On Covington Catholic, and the Perils of Segregated Schools
Next Post 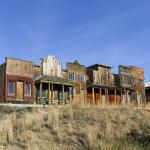