On Covington Catholic, and the Perils of Segregated Schools

On Covington Catholic, and the Perils of Segregated Schools January 23, 2019 Libby Anne

Sometimes I feel like our social media outrage cycle has gone into hyperdrive, leaving me exhausted and confused. The Covington high school students in Washington, D.C., are a case in point. First there was the initial outrage. Then there was the pushback. There was one video, and then more videos. Suddenly everyone had an opinion—and everyone was upset with everyone else.

In the midst of all of this, I have a question: Why do we still have private schools that are for all intents and purposes all white, in areas that are not all white? I have another question. Why would an all-boys high school think it appropriate send its students to a march to protest abortion rights? And finally, why are people so focused on the finer points of the videos that they’ve left questions like this virtually unasked?

The teenage boys who sparked so much outrage over the weekend attend a school whose whiteness isolates them to the problems of others—a school that nonetheless teaches them that they should have the authority to make decisions for others’ bodies. And there are a thousand other schools just like it.

The problems here are structural. That does not mean individuals do not bear responsibility for their actions. It simply means that if you move around trying to fix one individual, and then another individual, and so forth, it’s going to take you a very long time to get anywhere. We need structural, systemic change.

I want a world where racial diversity is as important a factor in school choice as academic quality—a world where parents understand that sending your child to an all-white school will leave them unprepared for navigating an increasingly diverse society. That world sometimes seems impossible to realize.

As long as white people seek to keep power and wealth in the hands of other white people, sending your child to a school like Covington—where they were socialize with the sons of other powerful, wealthy white men—makes sense (if power and wealth is what you value, that is). It is at schools like this that they’ll forge the connections they need to get into Harvard, land that first clerkship, and ascend to the halls of power.

The system is broken. But it’s worse than that: our goals aren’t even the same. I want my children to see the common humanity in those around them, to nurture compassion and love for others. Do Covington Catholic parents want that? Or are they more interested in raising children who can climb some sort of social ladder?

Yes, that’s a group of white Covington Catholic students yelling at a black basketball player on an opposing team, while wearing blackface. Yes, those are terrible optics.

I understand that some public schools that suffer from serious problems—bullying, violence, unstable or intractable administrations. I also understand that some parents want an education with religious elements that cannot be present in a public school. Still, a school like Covington Catholic could offer scholarships, or otherwise engage in admissions outreach to more diverse students and families.

Covington Catholic High School closed on Tuesday due to threats made against the school. This is not okay. Yes, the students behaved badly in the videos from Washington, D.C.; at the very least, they mocked and laughed at the Native American drummer who stepped between them and the Black Hebrew Israelites. But as I noted earlier, the problems are systemic. Lodging threats against one school will not fix them.

Racial segregation is not limited to private schools. Public school district lines and school zones are often drawn so as to ensure that those who have keep what they have, and those who have not stay shut out. In some cases, nearly all-black school zones border nearly all-white school zones. White parents fight rezoning because they don’t want their children to go to school with those kids.

We need to reach a place where people value fighting injustice more than they do maintaining their position at the top. The Covington Catholic teens’ Make America Great Again hats suggest that their parents are not interested in creating such a world. These boys may be children now, but they won’t remain so for long. They are well on their way to maintaining the very system that has kept so many down for so long. And that, frankly, is what I find disturbing about this weekend’s videos.

Politically, I came into my own during the Obama years. For eight solid years, I approached politics with optimism. I believed in progress—I thought things would only get better. I was naive. I was also young. Today I feel old. And tired. And sad. What world will my children come of age in? The one I want to see? Or the one those who send their kids to schools like Covington Catholic are working to maintain?

The problem has never been with one student, or one school. I almost wish it were. Then it would be easy to fix. One mind to change. One school to turn around. An easy fix. Real life is not so easy. 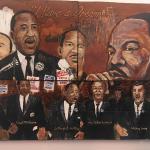 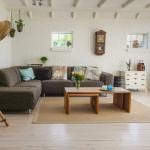