Republicans: From “Tear Down This Wall” to “Build That Wall”

Republicans: From “Tear Down This Wall” to “Build That Wall” January 7, 2019 Libby Anne

The government may be shut down over Democrats’ refusal to fund a border wall, but that’s not stopping the Trump administration from pushing for the installation of nearly 200 more miles of concertina wire at the U.S. border. As NBC reported last week:

The Department of Homeland Security has requested more U.S. troops to be deployed at the border to add 160 miles of concertina wire on top of existing border fencing, according to three U.S. officials.

If approved by Acting Secretary of Defense Patrick Shanahan, the addition of troops to enhance the fencing could extend the military’s current deployment at the border until the end of September, based on the rate of construction, according to two officials. The military mission, which began two months ago, was set to end on Jan. 31.

The fencing that is to be reinforced with concertina wire is not new. The troops currently deployed at the border have already added concertina wire at ports of entry in Arizona, Texas, and California.

Here’s a picture NBC provided with the article, along with this description: “Members of the U.S. military install multiple tiers of concertina wire along the banks of the Rio Grande near the Juarez-Lincoln Bridge at the U.S.-Mexico border in Laredo, Texas on Nov. 16, 2018.” As I look at images like this, I’m struck by odd similarities. Have a look at this picture from the 1960s, for instance:

As the disparities between East and West Germany became clear, however, millions of East Germans decamped to West Berlin, and from there to West Germany. These individuals fled oppression or sought better economic opportunity, or simply wanted to follow family. In August 1961, the Soviet Union erected the barbed wire in the picture above, virtually overnight. The border was closed. 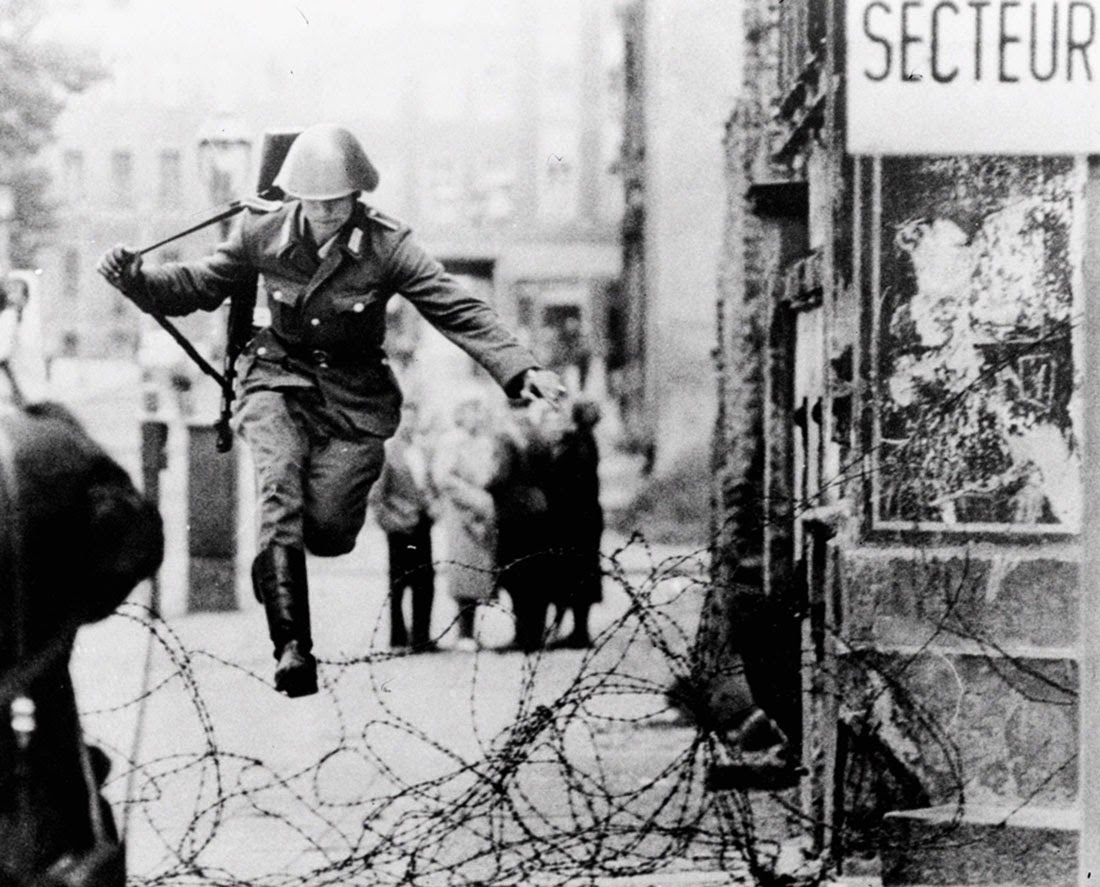 Soon after this, the Soviet Union so upgraded its border wall to a form most Americans today will find more familiar—a concrete barrier, topped in some places with barbed wire, later to be covered with graffiti. Over time, this wall was built higher. It was also manned by armed guards.

In the United States, conservative politics learned heavily on anti-Communism. The political Right, in other words, cheered those who crossed the Berlin Wall in what amounted to illegal border crossings. In fact, Ronald Reagan, leader of the rising conservative movement of the 1980s, is perhaps most famous for saying to the political head of the Soviet Union, “Mr. Gorbachev, tear down this wall.”

I am no fan of Reagan overall, but I do appreciate his call for the dismantling of the Berlin Wall.

All humans have the right to freedom of movement. I benefit from that freedom in the United States, where I can travel from state to state without encountering a wall or complicated visa processes. In addition, with an American passport, I could visit just about any country I wanted to. I want to see that same freedom of movement extended to others as well. I believe it would create a better world.

Republicans today, however, clearly disagree. Trump can whip up crowds of thousands with chants of “BUILD THAT WALL!” Republicans don’t push back. I am left with a question: How did the Republican Party go from anti-wall to pro-wall? How did conservatives go from praising illegal border crossers to demonizing them? How did the Right go from “tear down this wall” to “build that wall”?

This, by the way, is what building a wall looks like:

It was in 1961 that the Soviet Union built the wall along their border in East Berlin. And now today, in 2019, the Republican Party wants to build a wall along our border with Mexico.

Do you know what the New York Times reported last week? They quoted early political advisors to the president explaining that Trump only started talking about a wall because they fed him the idea as a memory device to make sure he would remember to bash immigrants in his speeches, rather than spending all of his time bragging about himself and the things he has built.

On some level, of course, where the idea come from does not matter. What matters is that the Right embraced it. And here we are today, with conservatives calling for building concrete walls. 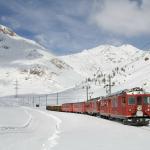 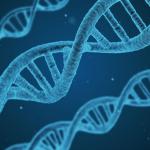