One day last fall, I was sitting in the backyard having a fairly heavy conversation with a friend. Her seven-year-old daughter came out of the house asking for a specific snack. My friend told her no, that we were still talking, and the two went back and forth. My friend’s daughter wasn’t taking no for an answer—she knew what she wanted, and she was adamant about it. After some discussion, the two reached an agreement, and the girl, finally satisfied, went back inside.

My friend and I looked at each other, both about to crack up laughing. “That girl knows what she wants!” I said. “Tell me about it!” she responded. My friend and I both grew up in homes where children were expected to obey, and girls in particular were taught that their role in life was to submit to their husband. Against that backdrop, raising daughters who know their minds and don’t take crap from anyone—including us—is thoroughly refreshing.

Women don’t report for many reasons, of course, including power structures that make reporting risky. But those structures are not the only barrier. Girls are frequently socialized to be quiet, unassuming, obedient. Don’t rock the boat. Don’t risk your social status by being vocal. Don’t do something that might make someone else upset. Don’t say something that might derail someone else’s life. Be quiet. Keep your head down. Don’t take up space.

Having a daughter who is willing and able to talk back, and push back—and does mine ever —may sometimes make parenting more difficult in the moment, but it also makes her safer. She is learning how to stand up for herself when she feels she’s wronged. She doesn’t go along with things just because she’s told to. She’s knows how to say no.

I should note, as a quick sidebar, that my daughter’s willingness to stand up for herself and for others hasn’t caused her any problems in school thus far. Being willing to speak your mind is not the same thing as being self-centered at the expense of others. She understands that school has to have certain routines. She has also always had really good teachers, who are willing to listen to her if she has an actual concern (or to incorporate ideas students have into the classroom).

Every child should be taught to treat others with respect, but this should never be one-way. Why do we spend more time teaching children to show respect than we do teaching them to expect to be shown respect? Why do we so often care more about teaching girls to keep the peace than we do about teaching them to make justice? We need girls who can speak up, and loudly, and this starts in the home. Every time she pushes back, every time she stands up for her interests, she’s practicing standing up for herself. I’m not going to spend those same years pushing her back down.

The key, of course, is to also equip girls with other tools as well. Confidence, and good judgement. Willingness to push back, and information. Ability to stand up for themselves, and good negotiating skills. I frequently talk through my own decision-making processes out loud, because I want my daughter to learn that making decisions often involves balancing divergent needs and finding what works best for everyone. I want her to learn compassion, and the ability to listen.

I’ll offer an old example, one I shared in a post here seven years ago. One day when my daughter was two, I made her hot chocolate in the kitchen. We were both about to go upstairs to the office, though, and she started to take the hot chocolate with her. I told her no hot chocolate upstairs. She asked why. I told her I didn’t want her to spill it. She thought about it for a while, and then responded: “How about mommy carry hot chocolate upstairs.” She had looked for—and found—a way to balance what she wanted with my concerns, while meeting both.

But guess what? Raising strong daughters is also beautiful. As I watched my friend’s daughter push back and negotiate that day last fall, I saw that beauty. I see it every time my daughter does the same. And you know what? That’s more than enough reward for the inconvenience of a few extra minutes explaining my reasoning on this decision or that. 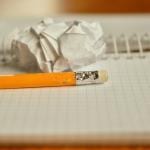 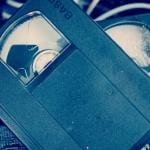 February 6, 2019 Bill Hybels: When Being Anti-Porn Meant Viewing It
Recent Comments
0 | Leave a Comment
Browse Our Archives
get the latest from
Love, Joy, Feminism
Sign up for our newsletter
POPULAR AT PATHEOS Nonreligious
1