Last week, patriarchalist blogger Lori Alexander published an article titled Can Women Preach Under Elder Authority? Her answer? No. Because of course that’s her answer. As I perused her article, I latched onto this bit:

Women are commanded to “keep silence in the churches; for it is not permitted unto them to speak.” We are also told that “it is a shame for women to speak in the church.” I am not sure how God could have been more clear about this.

See that bit I underlined? That’s what I want to focus on.

The problem with fundamentalism is that it takes words written in a different language in a completely different culture thousands of years ago, translates them into new language, and then treats those words in a literal form as the word of God. It’s almost worse than that, too Lori uses the King James Version, a translation that was completed in 1611, over four hundred years ago. The problem with this is that language is not static. Language shifts and word meanings change over time.

Lori erases so many questions when she says “I am not sure how God could have been more clear about this.” Let me offer a very small example of what is missed here. What Greek word or phrase is being translated “a shame”? What did that word or phrase mean, in that culture? The way shame is set up and understood tends to be very culturally specific. Anyone familiar with how language works—and how different cultures can be—should find questions like this intuitive.

Every verse or passage in the Bible should raise these questions for anyone wanting to understand it—what do the original words mean, what were the cultural connotations of the concepts discussed at the time they were written, and so on and so forth. The idea that you can approach an English translation of an almost 2,000 year old text without asking these questions is absurd. I’ve taken enough college courses in ancient languages to know it’s not that simple.

And yet, with the words “I am not sure how God could have been more clear about this,” Lori erases all of this complexity. Is she confident that a book written today could be understood in this way, without any effort, 2,000 years in the future, in a drastically different culture and time, translated into a language with a completely different syntax and vocabulary?

There is another level to this as well. Scholar Bart Ehrman writes as follows about I Corinthians 14:34-15, the passage Lori quotes above, on pages 244-45 of his book, Forged:

These verses are very much like what one reads in one of the Pauline letters that is not authentic, 1 Timothy, which, as we saw in Chapter 3, also indicates that women are to be subject to men and not to exercise any authority over them (2:11-15). But just as 1 Timothy is forged, so too has this passage in 1 Corinthians been falsified. These verses in chapter 14 were not written by Paul. Someone added them to the passage later, after the letter had been placed in circulation.

Even more, it is hard to believe that Paul would tell women that they could not speak in church here in 1 Corinthians 14, when just three chapters earlier he indicated that they could indeed do so. In 1 Corinthians 11 Paul urges women who pray and prophecy in church to do so only with veils on their heads. If they were allowed to speak in chapter 11, how could they be told not to speak in chapter 14? It makes better sense that those scholars are right who think that the verses were not originally part of the text of 1 Corinthians. Someone has falsified the book by adding the verses to it, making the passage say what these copyists wanted it to say rather than allowing Paul to say what he meant to say.

Let me quote the central bit of it, in the New King James Version:

31. For you can all prophesy one by one, that all may learn and all may be encouraged. 32. And the spirits of the prophets are subject to the prophets. 33. For God is not the author of confusion but of peace, as in all the churches of the saints.

34. Let our women keep silent in the churches, for they are not permitted to speak; but they are to be submissive, as the law also says. 35. And if they want to learn something, let them ask their own husbands at home; for it is shameful for women to speak in church.

36. Or did the word of God come originally from you? Or was it you only that it reached? 37. If anyone thinks himself to be a prophet or spiritual, let him acknowledge that the things which I write to you are the commandments of the Lord. 38. But if anyone is ignorant, let him be ignorant.

Of course, that alone isn’t necessarily enough reason to conclude that they were added. You can imagine a person sitting there writing out a passage about how to handle prophesy and speaking in tongues in the church, with practical advice on the mechanics, and suddenly realizing that he forgot to mention that this should be only men, and pausing in the middle to add that before continuing with his original thought. But this is also not all Ehrman has. In 1 Corinthians 11, Paul writes that women who pray or prophesy in church should wear head coverings. This makes little sense if women are to be silent in churches.

On that note, let’s return to Lori Alexander. Some months ago, Lori directly addressed 1 Corinthians 11, the passage explicitly allowing women to pray or prophesy in church. Her explanation was as follows:

You know what? This is in no way the clearest or most obvious interpretation of this passage. You have to throw a whole bunch of assumptions in to get to this interpretation. Did the early church even have recited prayers in their services? And if this is what Paul actually meant—not women prophesying or praying individually but women en masse reciting verses or singing songs along with the rest of the congregation throughout the service—why didn’t he just tell women to wear head coverings in church?

“I am not sure how God could have been more clear about this,” Lori wrote in her recent post. I can think of a lot of ways.

This gets at the other core problem with fundamentalism’s approach to the Bible. It’s not just that fundamentalism takes words written in a different language in a completely different culture thousands of years ago, translates them into new language, and then treats those words in a literal form as the word of God, which is in itself a huge problem (this is not how language works). It’s also that, when questions arise—and they do—fundamentalists treat their answers to these questions as the literal word of God. They cobble together solutions to textual problems and imbue these solutions with divine authority.

One final note. Anyone claiming the Bible is clear really ought to read 1 Corinthians 11:2-16. If I ever saw a passage in need of an editor, it’s that one. 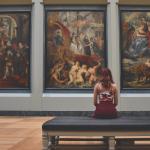 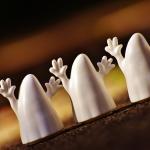