No, women aren’t prizes to be won, but they are people

Blogger Lori Alexander is upset (what’s new?). This time, the object of her anger is Wendy Griffith of the 700 Club. Why? Well, this is why:

Wendy Griffith is an anchor on the 700 Club who wrote a book entitled “You are a Prize to Be Won: Don’t settle for less than God’s best.” She just recently got married at the age of 54 years old. Is this the message that women need to be taught; that they are a prize to be won? I certainly can’t find this anywhere in Scripture. A “virtuous woman” whose “price is far above rubies” (Proverbs 31:10, 11) lives a life of humility and esteems others better than herself (Philippians 2:3). She would never view herself as a “prize to be won.”

Lori, though, objects because women aren’t worth enough to be considered prizes. They’re flawed sinners like everyone else, she says—why should they see themselves as special?

We are no “prize.” We are human beings with weaknesses and struggles. Some of us have deeper sin issues and scars than others, but we are all far from perfect and expecting to be “won” since we’re a prize is bad thinking.

Over the past few years, I’ve had several friends tell me that they’re unhappy in their marriages. In each case, the idea that they don’t deserve to be treated like this is front and center. They should be able to expect more. They’re worth more than that. They matter. While I don’t think women should see themselves as prizes to be won, I do think women should hold out for someone who treats them well, and not settle for less than that.

Lori never, in all of her writings, suggests that women should expect to be treated well.

The only qualifications God asks women to consider before marrying is that they marry a believer. I like to add that they be hard workers since men are called to be the providers. But, young women, there are no perfect men just as you aren’t perfect. Thinking of yourself as a “prize to be won” may cause you to be full of pride and married a lot later than you would like to be.

Lori offers exactly two criteria: a man must be a believer and a hard worker. To Lori, relationship skills are irrelevant. How a man treats the women in his life? Unimportant. How he responds if he doesn’t get his own way? Who cares! How he deals with conflict? Ditto. Whether he considers others needs? Also irrelevant.

All that matters to Lori is whether he is a believer and a hard worker. And if you hold out for more than that—if you add additional criteria like being a decent human being—you’re going to end up married “a lot later than you would like to be.” Since you aren’t worth that much yourself—you’re sinful and flawed—you’re best off jumping for the first hard-working Christian guy who looks at you twice. Better married than not, after all!

Is it any wonder so many women find themselves stuck in abusive marriages? You can’t tell what kind of person someone is from what church someone goes to and whether he is successful at work. These things don’t tell you how they treat women, or how they respond to conflict or to setbacks, or whether they care about others.

Lori doesn’t care about any of that.

Stop thinking that you’re some great prize that a man has to win but instead understand that you are nothing without Christ and neither is the man you may marry. Love is a choice. Marriage is a commitment for life. Yes, choose wisely and carefully (only marry a believer) but don’t have expectations so high that you consider most Christian men to be unworthy of you. Marriage with any man will take work, hard work at times, but it is so worth it.

There’s a suggestion here that all men are the same—or at least that all Christian men are—that I find deeply troubling. In reality, there is a big range in how men treat women, and that matters a lot. Besides, different people’s personalities and interest fit better with some people than with others. Our backgrounds shape us in ways that can’t be ignored. Some people have ticks that set each other off. People aren’t interchangeable.

Does God have a “best” for you? I think this is bad thinking, too, since women may marry, then decide that the man they married must not be the “best” for them since they aren’t “happy” or they are going through struggles and decide to divorce him, or they may not marry until they are much older. God’s only qualification for who you marry is that they be a believer, therefore, make sure you marry a believer and don’t expect perfection in any man.

If you’re counting, this is the third time in this post alone that Lori has said that God’s only qualification is that you marry a believer. Also, Lori makes it pretty clear that she doesn’t think women should have standards—if they did, they might decide to get a divorce because they aren’t “happy.” And yes, she uses scare quotes.

Let me bring your attention back to something I quoted earlier:

A “virtuous woman” whose “price is far above rubies” (Proverbs 31:10, 11) lives a life of humility and esteems others better than herself (Philippians 2:3). She would never view herself as a “prize to be won.”

Further, nothing in the Bible says that the Proverbs 31 woman lived “a life of humility,” or that she esteemed others better than herself. Have a look at the entirety of Proverbs 31.  The Proverbs 31 woman works hard and is very successful, but there is nothing in the passage about her valuing others above herself, having a servant’s heart, or any such thing. What the Bible does say suggests that she received praise for her work:

28 Her children arise and call her blessed;
her husband also, and he praises her:
29 “Many women do noble things,
but you surpass them all.”
30 Charm is deceptive, and beauty is fleeting;
but a woman who fears the Lord is to be praised.
31 Honor her for all that her hands have done,
and let her works bring her praise at the city gate.

10 A wife of noble character who can find?
She is worth far more than rubies.

Did the Proverbs 31 woman see herself that way? Who knows! The passage doesn’t say!

So, no, women aren’t prizes to be won. But they are people. And as people, they should have the right to expect basic human decency from others—and the right to walk away from those who treat them badly. And if that means turning down interest from male chauvinists along the way, so be it. 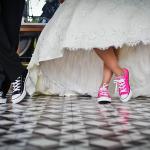 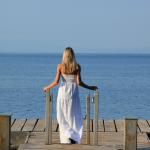 June 12, 2019 A Catholic Priest Confronted a Woman over Showing Her Shoulders
Recent Comments
0 | Leave a Comment
Browse Our Archives
get the latest from
Nonreligious
Sign up for our newsletter
POPULAR AT PATHEOS Nonreligious
1