When it comes to sending U.S. aid to poor countries, every Republican president from Ronald Reagan through Donald Trump has imposed a rule [known as the Mexico City policy]: Foreign aid groups are prohibited from getting U.S. assistance for family planning unless they promise not to “perform or actively promote abortion as a method of family planning.” That includes providing patients with referrals or information about the procedure, even if those activities are funded by non-U.S. government sources.

And guess what that does?

[A] new study in the medical journal The Lancet suggests that the Mexico City policy has actually increased the rate of abortions by about 40% in the countries studied — likely because the funding ban caused a reduction in access to contraception and a consequent rise in unwanted pregnancies.

It’s almost like reducing people’s access to contraceptives increases the number of abortions performed. Oh wait—we already have plenty of evidence that that is exactly what it does. Literally no one is surprised here.

Here are the Lancet study’s findings:

In other words, in countries most dependent on U.S. aid for family planning services, the abortion rate increased when this aid was cut off. And to make the correlation clear, the contraceptive use rate also decreased during these same years.

There are three possible conclusions to be reached here:

1. Abortion opponents are ignorant and don’t read the research on this issue, which seems irresponsible if they really believe human lives are at stake.

2. Abortion opponents care primarily about virtue signaling and posturing, and not about actual results, which is really messed up if you think about it.

3. Abortion opponents are primarily concerned with restricting women’s ability to make reproductive choices, and not with cutting the abortion rate.

There is, of course, a fourth option. Abortion opponents might argue that the Lancet’s finding is flawed. I went to the website of Live Action, which has praised the Mexico City policy loudly, and found no mention at all of the Lancet study at all. The same is true of National Right to Life.

It’s not like the Lancet study is the first of its kind. A Stanford study published in 2011 had the same finding. And yet, I was unable to find any mention of this at all on the National Right to Life and Live Action websites. Their only mention of the Mexico City policy is to praise it as though it’s something that’s obviously right to do, without any attempt to grapple with whether it actually decreased the number of abortions performed. (Which it doesn’t, just so we’re clear.)

The Lancet study, by the way, looked at countries less impacted by the Mexico City Policy—those less reliant on U.S. aid for family planning services—and found that abortion rates remained more constant and were not affected by, you know, whether the U.S. had a Republican or Democratic president. Which makes sense. These countries serve as a sort of control. The Stanford study looked at these countries as a comparison as well, with the same finding.

It’s almost like there’s a preponderance of research pointing to increased contraceptive access as the best way to decrease the number of abortions performed. Almost. (Yes, that’s sarcasm.)

How I Lost Faith in the Pro-Life Movement 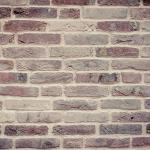 July 1, 2019
James Dobson on the Border: We Need a Wall to Keep Out the Poor
Next Post 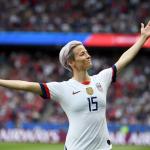